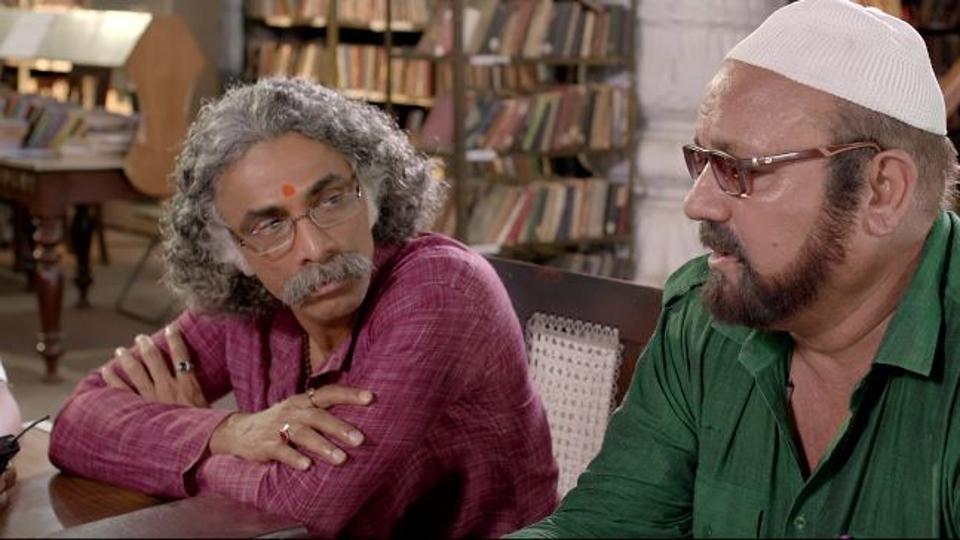 Agra: A group of protesting right-wing activists allegedly blackened the wall of the residence of Sunil Singh, director of the controversial movie ‘Games of Ayodhya’, in Aligarh on Sunday. They also put a lock on the gate of his house, as a mark of protest against the release of the movie.

Protests against the movie have gained momentum in Aligarh over the past week. The movie is slated for release on December 8.

According to police officials, personnel from three police stations along with Rapid Action Force were deployed outside the director’s house to avoid any untoward incident. However, except a security guard, no one was present at the house when the protest took place.

Renu Singh, additional city magistrate (ACM) II, who arrived at the spot, said the situation was under control.

Talking to TOI, director Sunil Singh, who is also the national president of Lok Dal expressed shock at the incident. He said, “The people who did this are self-proclaimed arbiters of religion. Police should have prevented them from committing these acts. If the Censor Board has approved the movie, who are they to stop its release? They are threatening to kill me and set fire to my house, and police has been keeping mum.”

Singh claimed that the movie is based on “truth” and there are no distortions in it, as being claimed by some. “These so-called Hintutva activists are not ready to accept the truth, but people need to know the truth behind the events,” he said. Singh added that he was trying to get the movie screened at Aligarh Muslim University (AMU) before its release in theatres and he was in touch with university authorities.

“The purpose behind screening the movie at AMU is to clarify to the other community that there is nothing against them in the movie,” Singh said.

However, university authorities claimed that they were not aware of any plans for screening the movie in the campus and maintained that they would not allow it.

Yogesh Varshney, city president of Hindu Jagran Manch in Aligarh said that they would not allow the movie to be released in Aligarh. He said, “Today we have blackened the wall of Singh’s house. If he doesn’t back down, we will kill him.”

Aligarh senior superintendent of police (SSP) Rajesh Pandey said that police will file an FIR if any complaint is received regarding the incident.