Homegrown cure for Rabies by Indian Doctor gets WHO nod #Goodnews 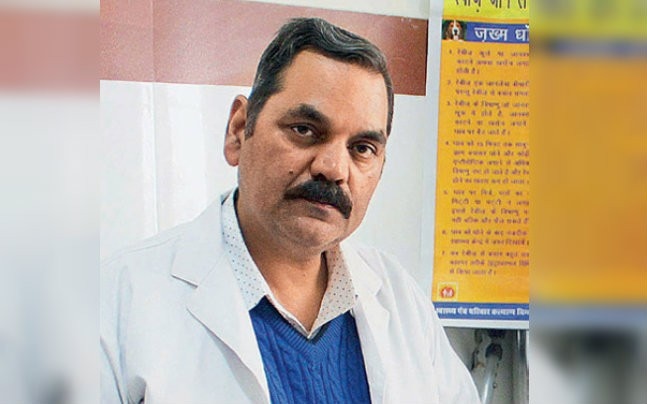 The World Health Organization (WHO) has notified a rabies immunisation protocol developed by Omesh Bharti, 49, a government doctor in Himachal Pradesh, as the new global standard. The procedure, successfully tested on thousands of dog and monkey bite victims in the past five years, brings down the cost of treatment from Rs 35,000 to Rs 350 per patient!

The existing treatment involved injecting patients with the rabies vaccine and rabies immunoglobulin (RIG) extracted from horse or human blood. Human RIG, which needed to be administered in large doses as per the victim’s body weight, cost Rs 6,000-8,000 per vial, and was “beyond the reach of most victims”. Working at the time (2013-2015) as a health officer with the Shimla Municipal Corporation, Bharti had rare access to brain tissue samples from rabid dogs, monkeys and Himalayan palm civets found dead in the area. He evolved a protocol that required a fraction of the RIG needed for conventional treatment. “A tiny amount of RIG injected directly into the wound was just as effective as administering large amounts,” he says. Similarly, administering ‘intra-dermally’ rather than as an ‘intra-muscular’ injection required less than a 10th of the vaccine. Despite early scepticism, the meeting of WHO’s Strategic Advisory Group of Experts (SAGE) in Bangkok in 2016, included Bharti’s protocol in its agenda for discussion. “By then, we had 7,000 successful cases in Himachal,” he says.

“In 2017, there were just two rabies-related deaths [in HP]-one a woman who refused treatment; the other a youth who went to a private practitioner,” says Bharti. His work could help stem substantially the 55,000 rabies deaths a year reported worldwide, the majority in Asia and Africa.

Finally endorsed by the SAGE in Geneva on January 15 as “cost-, dose- and time-sparing, while assuring safety and clinical effectiveness”, the updated WHO recommendations on rabies immunisation supersed