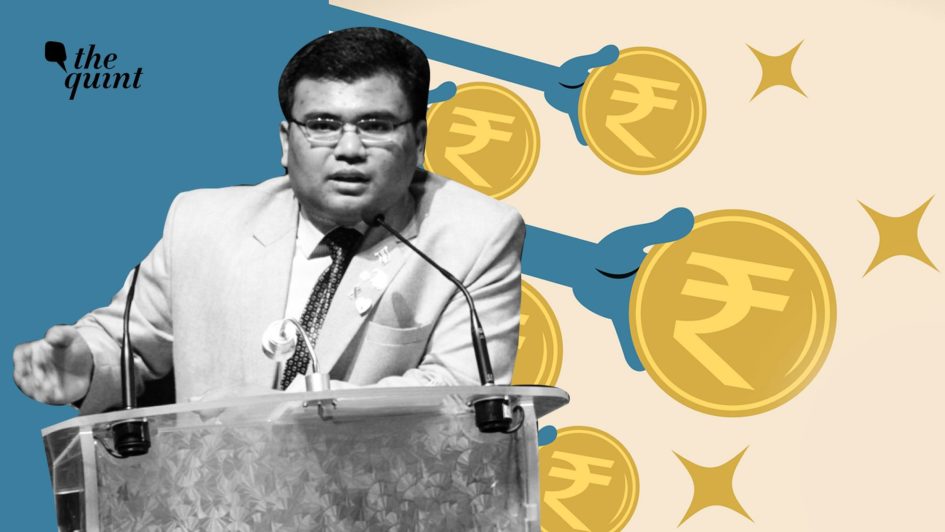 A crowdfunding appeal by Licypriya seeking Rs 1 crore to buy 100 oxygen concentrators has come under scrutiny.

On the run since 2016 from Manipur, Karnajit came into the spotlight in 2019 after it emerged that the story of his daughter, the then seven-year-old climate activist being invited to speak at a UN event representing India, was misleading and fake. In between 2016 and 2019, he had fashioned himself as ‘Dr KK Singh’, even speaking at a TEDx Talk event where he brazenly claimed that he was a visiting Professor at Harvard University.

The child activist on her part has been in the public eye following her participation at the United Nations Framework Convention on Climate Change (CoP) 2019 held in Madrid where she made it to a photo-op with Swedish activist Greta Thunberg. She made a bigger media flashback in India a year later when she stood outside the Parliament – a protest that won her a host of awards and public appearances with celebrities associated with environment and climate change.

This left only a few journalists in Manipur and many youth activists who had been defrauded by Karnajit to use social media platforms to flag questions around the projected image of the child activist.

Concerns About the Crowdfunded Campaign

Laxmi K, who works on climate action and was aware of prior allegations related to the parent’s activities initiated contact with Ketto requesting due diligence.

“I wrote to Varun Sheth, the CEO of Ketto on 1 May as I was concerned about control of funds given the child activist’s age. I requested for due diligence, recommending that they speak with people who had come out on social media with how they had been defrauded by Karnajit and the journalists who had been reporting on the matter.”

Laxmi adds that in reply to the concerns she had raised, the response from the Ketto CEO saying that withdrawals were kept on hold till they received detailed information on the use of funds, was not enough as the donation appeal was back the next day.

In an email written to Varun Sheth of Ketto, Angellica asked whether the Noble Citizen Foundation, the agency that was being handed the money collected from the donation drive had any credibility and if Ketto was certain there were no connections with the child’s father. However, she never received any response.

In her appeal for funds, the child activist mentions that each oxygen concentrator costs around Rs 50,000 per unit including shipping charges.

“Total 100 pieces ordered. I’m trying my best by spending my own savings and some from my awards received last year.”

At the time of writing this, a total of Rs 75,35,050 out of the set goal of Rs 1,00,00,000 had been collected with donations coming from people across the world, including from several celebrities like actor Prakash Raj, standup comedian Kunal Kamra and American media personality Mia Khalifa.

Tax Invoices & What They Indicate

The ‘updates’ section on the Ketto appeal page is most interesting.

It has an update that begins with the words “For Our Transparency” and is followed by ‘tax receipts of purchase of oxygen concentrators’, but what is updated is a series of tax invoices with no seal or signatures.

As per the information on the tax invoice, MH Trading Co is the agency from which Noble Citizen Foundation purchased oxygen concentrators.

A fact check of the agency using the GSTIN/UIN number of MH Trading Co on the Government of India portal of Goods and Services Tax (GST) shows that the agency deals in fabric, stationery items and metal items like buckles, hooks, base metal to be used in clothing and shoes.

Oxygen concentrators are not in the list of goods and services the agency is registered for.Also ReadWhat Oxygen Really Meant in Sunderlal Bahuguna’s Futuristic Vision

Following the arrest of Kangujam Karnajit by a team of Manipur Police and Special Cell Delhi Police, we reached out to Ketto on 2 June asking if they had anything to say regarding concerns of possible fraud, and received a standard response. The email reply said:

“When we get a report/complains about any fundraiser, a dedicated team connects with the campaigner and asks for supporting information against the alleged claims. If the campaigner cannot share the supporting documents, then the fundraiser is closed and a refund is issued to the donors. In this case, the campaigner provided the proof of purchase and updated the tax invoice and bank statements in the fundraiser’s update section. Furthermore, if a donor wishes to withdraw their support for the cause, then they can opt for a refund.”

So, What About the Oxygen Concentrators?

When this journalist reached out to Jestin Anthony, a Director with the Noble Citizen Foundation over the phone, he was unable to give a convincing answer on the total number of oxygen concentrators that they had distributed so far and how many concentrators had been bought using the Ketto fund.

Jestin also evaded questions on whether the oxygen concentrators that have been distributed were from a consignment of 100 free concentrators that the Taiwan Government had sent to the child activist after the latter had tweeted to Taiwan’s Foreign Minister.

A Facebook update on the young activist’s page on 3 May stated that 100 oxygen concentrators were reaching Delhi “anytime this week.”

The photos of all the boxes in the consignment put up on her account have images of a ‘Love from Taiwan’ sticker, possibly a shipment that was sent following communication with the Taiwan Ministry of Foreign Affairs.

On 19 May, an update on Facebook stated that a total of 60 oxygen concentrators had been sent to Manipur.

However, a Manipuri newspaper Ichel Express has reported on allegations that money was being collected from patients’ families to ensure that the oxygen concentrators could only be made use of for longer periods by a patient, with the explanation that other patients would need it.

This, despite the claims on social media handles of the child activist that 60 oxygen concentrators have been sent to Manipur of which 22 had been distributed, thereby contradicting that the concentrators needed to be passed on to other people who required it.

At the time of filing the story, the point person in Manipur for the child climate activist’s team had been put in police remand with further investigations on.

Meanwhile, Nobel Citizen Foundation the non-profit company that was receiving the crowdfund amount from the child activist’s Ketto appeal has now put out a statement saying that they will not be receiving any further donation from the campaign.

Their statement further says that a detailed report of the utilisation of funds will be made available soon.

An Initiative Using the Name of A Young Child

Further adding to the series of inconsistencies are the tax invoices and proof of sales being put up on the Ketto appeal, different from the ones they furnished later. As per the available financial trail put up on Ketto now, all transactions are with the name of the Noble Citizen Foundation as the buyer.

The inconsistencies that are emerging throughout, clearly indicate that there is more to the story around the initiative that has been using the name of the young child.

Let alone addressing concerns around their mechanisms for assessing whether people using their platform to seek funds are genuine or not, Ketto is yet to respond to the statement by the Noble Citizen Foundation and state that they will not be accepting any more funds.

That Ketto did not take into account the concerns flagged to them and ignored the media stories after the arrest of Karnajit Kangujam does not sound good for those who have donated to the initiative in good faith.

(Chitra Ahanthem is a freelance journalist based in New Delhi.)

India - Why we Oppose Aadhaar , UID and Biometrics
After Boko Haram – A photo story on the Nigerian women and girls returning from captivity
Anti-CAA protest in Krakow, the cultural capital of Poland on 26th January
Chhattisgarh - Danger of Salwa Judum style displacement arising again