EARLY last month, a triple suicide was reported in the seaside town of Civitanova Marche, Italy. A married couple, Anna Maria Sopranzi, 68, and Romeo Dionisi, 62, had been struggling to live on her monthly pension of around 500 euros (about $650), and had fallen behind on rent. 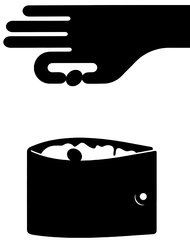 Because the Italian government’s austerity budget had raised the retirement age, Mr. Dionisi, a former construction worker, became one of Italy’s esodati (exiled ones) — older workers plunged into poverty without a safety net. On April 5, he and his wife left a note on a neighbor’s car asking for forgiveness, then hanged themselves in a storage closet at home. When Ms. Sopranzi’s brother, Giuseppe Sopranzi, 73, heard the news, he drowned himself in the Adriatic.

The correlation between unemployment and suicide has been observed since the 19th century. People looking for work are about twice as likely to end their lives as those who have jobs.

In the United States, the suicide rate, which had slowly risen since 2000, jumped during and after the 2007-9 recession. In a new book, we estimate that 4,750 “excess” suicides — that is, deaths above what pre-existing trends would predict — occurred from 2007 to 2010. Rates of such suicides were significantly greater in the states that experienced the greatest job losses. Deaths from suicide overtook deaths from car crashes in 2009.

If suicides were an unavoidable consequence of economic downturns, this would just be another story about the human toll of the Great Recession. But it isn’t so. Countries that slashed health and social protection budgets, like Greece, Italy and Spain, have seen starkly worse health outcomes than nations like Germany, Iceland and Sweden, which maintained their social safety nets and opted for stimulus over austerity. (Germany preaches the virtues of austerity — for others.)

As scholars of public health and political economy, we have watched aghast as politicians endlessly debate debts and deficits with little regard for the human costs of their decisions. Over the past decade, we mined huge data sets from across the globe to understand how economic shocks — from the Great Depression to the end of the Soviet Union to the Asian financial crisis to the Great Recession — affect our health. What we’ve found is that people do not inevitably get sick or die because the economy has faltered. Fiscal policy, it turns out, can be a matter of life or death.

At one extreme is Greece, which is in the middle of a public health disaster. The national health budget has been cut by 40 percent since 2008, partly to meet deficit-reduction targets set by the so-called troika —  the International Monetary Fund, the European Commission and the European Central Bank — as part of a 2010 austerity package. Some 35,000 doctors, nurses and other health workers have lost their jobs. Hospital admissions have soared after Greeks avoided getting routine and preventive treatment because of long wait times and rising drug costs. Infant mortality rose by 40 percent. New H.I.V. infections more than doubled, a result of rising intravenous drug use — as the budget for needle-exchange programs was cut. After mosquito-spraying programs were slashed in southern Greece, malaria cases were reported in significant numbers for the first time since the early 1970s.

In contrast, Iceland avoided a public health disaster even though it experienced, in 2008, the largest banking crisis in history, relative to the size of its economy. After three main commercial banks failed, total debt soared, unemployment increased ninefold, and the value of its currency, the krona, collapsed. Iceland became the first European country to seek an I.M.F. bailout since 1976. But instead of bailing out the banks and slashing budgets, as the I.M.F. demanded, Iceland’s politicians took a radical step: they put austerity to a vote. In two referendums, in 2010 and 2011, Icelanders voted overwhelmingly to pay off foreign creditors gradually, rather than all at once through austerity. Iceland’s economy has largely recovered, while Greece’s teeters on collapse. No one lost health care coverage or access to medication, even as the price of imported drugs rose. There was no significant increase in suicide. Last year, the first U.N. World Happiness Report ranked Iceland as one of the world’s happiest nations.

Skeptics will point to structural differences between Greece and Iceland. Greece’s membership in the euro zone made currency devaluation impossible, and it had less political room to reject I.M.F. calls for austerity. But the contrast supports our thesis that an economic crisis does not necessarily have to involve a public health crisis.

Somewhere between these extremes is the United States. Initially, the 2009 stimulus package shored up the safety net. But there are warning signs — beyond the higher suicide rate — that health trends are worsening. Prescriptions for antidepressants have soared. Three-quarters of a million people (particularly out-of-work young men) have turned to binge drinking. Over five million Americans lost access to health care in the recession because they lost their jobs (and either could not afford to extend their insurance under the Cobra law or exhausted their eligibility). Preventive medical visits dropped as people delayed medical care and ended up in emergency rooms. (President Obama’s health care law expands coverage, but only gradually.)

The $85 billion “sequester” that began on March 1 will cut nutrition subsidies for approximately 600,000 pregnant women, newborns and infants by year’s end. Public housing budgets will be cut by nearly $2 billion this year, even while 1.4 million homes are in foreclosure. Even the budget of the Centers for Disease Control and Prevention, the nation’s main defense against epidemics like last year’s fungal meningitis outbreak, is being cut, by at least $18 million.

To test our hypothesis that austerity is deadly, we’ve analyzed data from other regions and eras. After the Soviet Union dissolved, in 1991, Russia’s economy collapsed. Poverty soared and life expectancy dropped, particularly among young, working-age men. But this did not occur everywhere in the former Soviet sphere. Russia, Kazakhstan and the Baltic States (Estonia, Latvia and Lithuania) — which adopted economic “shock therapy” programs advocated by economists like Jeffrey D. Sachs and Lawrence H. Summers — experienced the worst rises in suicides, heart attacks and alcohol-related deaths.

Countries like Belarus, Poland and Slovenia took a different, gradualist approach, advocated by economists like Joseph E. Stiglitz and the former Soviet leader Mikhail S. Gorbachev. These countries privatized their state-controlled economies in stages and saw much better health outcomes than nearby countries that opted for mass privatizations and layoffs, which caused severe economic and social disruptions.

Like the fall of the Soviet Union, the 1997 Asian financial crisis offers case studies — in effect, a natural experiment — worth examining. Thailand and Indonesia, which submitted to harsh austerity plans imposed by the I.M.F., experienced mass hunger and sharp increases in deaths from infectious disease, while Malaysia, which resisted the I.M.F.’s advice, maintained the health of its citizens. In 2012, the I.M.F. formally apologized for its handling of the crisis, estimating that the damage from its recommendations may have been three times greater than previously assumed.

America’s experience of the Depression is also instructive. During the Depression, mortality rates in the United States fell by about 10 percent. The suicide rate actually soared between 1929, when the stock market crashed, and 1932, when Franklin D. Roosevelt was elected president. But the increase in suicides was more than offset by the “epidemiological transition” — improvements in hygiene that reduced deaths from infectious diseases like tuberculosis, pneumonia and influenza — and by a sharp drop in fatal traffic accidents, as Americans could not afford to drive. Comparing historical data across states, we estimate that every $100 in New Deal spending per capita was associated with a decline in pneumonia deaths of 18 per 100,000 people; a reduction in infant deaths of 18 per 1,000 live births; and a drop in suicides of 4 per 100,000 people.

OUR research suggests that investing $1 in public health programs can yield as much as $3 in economic growth. Public health investment not only saves lives in a recession, but can help spur economic recovery. These findings suggest that three principles should guide responses to economic crises.

First, do no harm: if austerity were tested like a medication in a clinical trial, it would have been stopped long ago, given its deadly side effects. Each nation should establish a nonpartisan, independent Office of Health Responsibility, staffed by epidemiologists and economists, to evaluate the health effects of fiscal and monetary policies.

Second, treat joblessness like the pandemic it is. Unemployment is a leading cause of depression, anxiety, alcoholism and suicidal thinking. Politicians in Finland and Sweden helped prevent depression and suicides during recessions by investing in “active labor-market programs” that targeted the newly unemployed and helped them find jobs quickly, with net economic benefits.

Finally, expand investments in public health when times are bad. The cliché that an ounce of prevention is worth a pound of cure happens to be true. It is far more expensive to control an epidemic than to prevent one. New York City spent $1 billion in the mid-1990s to control an outbreak of drug-resistant tuberculosis. The drug-resistant strain resulted from the city’s failure to ensure that low-income tuberculosis patients completed their regimen of inexpensive generic medications.

One need not be an economic ideologue — we certainly aren’t — to recognize that the price of austerity can be calculated in human lives. We are not exonerating poor policy decisions of the past or calling for universal debt forgiveness. It’s up to policy makers in America and Europe to figure out the right mix of fiscal and monetary policy. What we have found is that austerity — severe, immediate, indiscriminate cuts to social and health spending — is not only self-defeating, but fatal.

David Stuckler, a senior research leader in sociology at Oxford, and Sanjay Basu, an assistant professor of medicine and an epidemiologist in the Prevention Research Center at Stanford, are the authors of “The Body Economic: Why Austerity Kills.”

Taking offence: Bangalore starts a movement to shame Penguin Books
If women’s safety is all about owning a handgun, what about the rapist who lurks at home?
#India - No lessons learnt- The Muzaffarnagar riots could have been controlled
#India where #UID and #Aadhaar has become Voluntarily mandatory #saynotouid