One of the world’s biggest – and longest – festivals of classical music and dance begins in Chennai, the capital of Tamil Nadu state, this week but only a tiny percentage of the city’s residents will enter the concert halls to listen or take part. 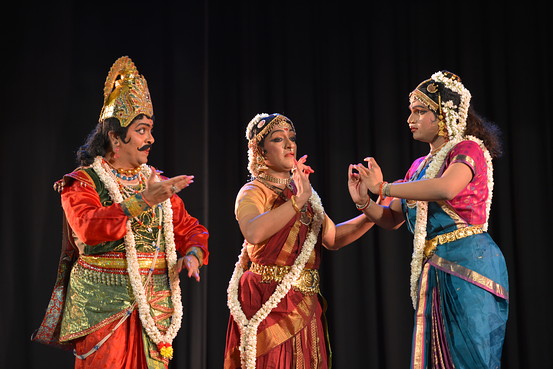 South Indian classical music, or Carnatic music, is dominated by performers, audiences and organizers from the Brahmin community that sits atop the country’s caste hierarchy and accounts for less than 5% of Tamil Nadu’s population. The proportion of Chennai made up of Brahmins is roughly the same.

“It is the most restrictive big festival in the world,” said T.M. Krishna, a leading Chennai-based Brahmin vocalist, whose book “A Southern Music: The Karnatik Story,” critiques aspects of the art form. “There’s no apartheid-like wall, but subliminal social barriers exist.”

Although India’s economy is rapidly modernizing, its society has been much slower to change. The centuries-old caste system continues to play an active role in many social spheres, such as marriage and even music. In Carnatic music, caste may not operate overtly, but the legacy of historical hierarchies persists and is in some cases becoming more entrenched.

The nearly 100-year-old festival includes 3,200 events at 75 venues run by 90 organizations called ‘sabhas’, with about 210 performers — roughly 10% more than four years ago, according to Vikram Raghavan, a Carnatic vocalist who runs the website kutcheris.com that tracks such data. The festival has no umbrella body or centralized database and the various organizations plan their schedules independently.

Popularly known as “the Chennai music season” it began in 1929 as a roughly week-long series of music concerts organized by The Music Academy, the most high-brow participant in the event, and has become longer over the years. Although it formally starts on Dec. 15, when the Academy inaugurates its two-week program, other organizations have started flagging off their programs much earlier or ending them later, so all in all, events span nearly two months from mid-November.

Classical music is often an elite and therefore minority activity. As the intellectual elite, south Indian Brahmins historically had a huge presence in Carnatic music. But for centuries until the early 1900s, two other communities also played an important role in nurturing the art form: the devadasis, female artists attached to Hindu temples, and those who played the nadaswaram, a wind instrument that is said to be the world’s loudest, non-brass acoustic instrument. They were also part of the temple community.

In the early 20th century, the patronage system of Carnatic music that centered around royal courts and temples, began unraveling. As India inched towards independence, the courts were shaken up and the devadasi system came under attack from social reformers who said it was hugely exploitative of women. The devadasi system, which often saw women treated as prostitutes attached to local temples, was outlawed by the Madras presidency in 1947.

After a period of uncertainty for Carnatic music, the powerful Brahmin community based in Madras (now Chennai) moved in to reinvent and modernize the art form. From courts and temples, it transferred to concert halls in urban centers. It was then that the contemporary Carnatic “kutcheri” was born: a roughly three-hour presentation of specific items in a particular order in a more formalized and exclusive setting. In the process, although Brahmin musicians continued to praise the huge artistic contribution the other two communities made in the past, apart from a few exceptions, other sections of society have become marginalized on the stage as Brahmins have moved to set the artistic agenda. The Brahmin elite, for instance, did not integrate nadaswaram players into the kutcheri framework, leaving them to find their own way as performers during religious rituals.

“There is no point in criticizing the past,” said Mr. Krishna, the vocalist. “But the problem is that there is no critical thinking about it. Although the art has flourished in this new form for a century, I think it is suffering aesthetically,” because it lacks contributions from a wider section of society.

As a step towards rectifying this imbalance this year, Mr. Krishna, in collaboration with a Chennai-based environmental non-profit group, the Vettiver Collective, has organized a two-day festival of music in a fishing village in Chennai populated by people from the pattinavar caste that is from the lower end of the social hierarchy. The colony will host the festival at the end of December and feature not only Carnatic music but also the art forms practiced by the local community, such as villu pattu, a form of musical story-telling, and paraiattam, a percussion and dance genre.

Jayanthi Kumaresh, an eminent Bangalore-based Brahmin musician, is among those who will perform there. She will play the veena, an ancient stringed instrument played by plucking. She believes there is by and large no active discrimination in the world of Carnatic music against any community, but acknowledges that in Chennai, Brahmins have a stranglehold on the art form. “I am performing at the fishing colony because it is a different venue and a new audience with whom I want to share my music,” she said.

Sumana Ramanan is a freelance journalist.