How did we go from eat-and-let-eat to the age of high-pitched food battles? 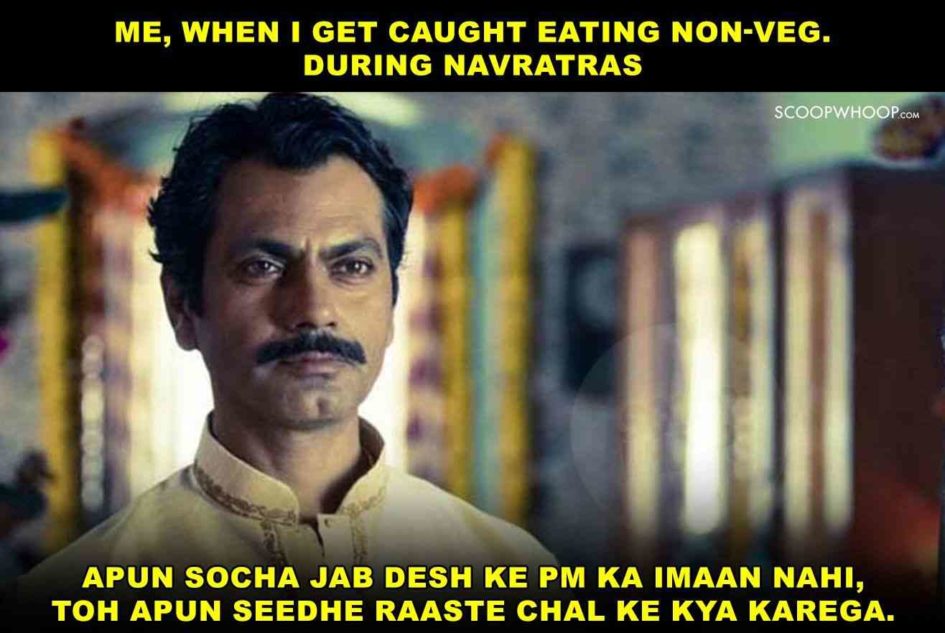 Radio host, novelist and commentator Sandip Roy is the author of Don’t Let Him Know. However, his columns are all about letting people know his myriad opinions.

When I was a graduate student in a small university town in America’s Midwest, we had little access to Indian food. Mrs Gupta, one of the faculty wives, was a godsend to homesick Indian students. She would periodically load us into her car and take us grocery shopping at the only store that stocked “international” spices. And every now and then she would invite us over for a home-cooked meal.

Mrs Gupta was strictly vegetarian. But she cooked up a delicious chicken curry for those of us who were not, even though no one asked her to. At that time, struggling to learn to cook aloo matar (with frozen peas) by ourselves, we marvelled that she could get her chicken curry just right without ever tasting it. Now I marvel at the accommodation she made for our dietary preferences and how we took that for granted.

I think of Mrs Gupta sometimes when I read about the rigid food lines being drawn across India these days, the debates about jhatka vs halal, the bans on meat shops staying open during Navratri, violence in university canteens over eating non-vegetarian food. Not so long ago it took beef festivals to spur protests by angry Hindu groups. Now even chicken can do the job. These days the food map of India is crisscrossed by fault lines waiting to erupt at any provocation. If one side accuses the other of shoving their religious practices down the other’s throat whether it’s halal meat or no-meat-Tuesdays, the other thinks biryani is the new love jihad.

Yet the fact is food in India is both riddled with our religious preferences and biases but also equally examples of our syncretism. My great-grandfather in Kolkata never ate chicken. Some said that stemmed from an old bias against chickens being raised mostly by Muslims. But he had no problem with his great grandchildren having chicken stew at home. Many Indians are vegetarian at home but blithely non-vegetarian outside. At a cooking class in Imphal, the very Vaishnavite Manipuri ladies taught us how to use garlic shoots to get the flavour of garlic when garlic cloves were forbidden but also told us how they cooked meat but had those kitchens outside the main house.

Many Kolkatans who swear by the tender beef khiri rolls at a rather shabby restaurant behind the legendary New Market would never cook beef at home. My brother-in-law, raised in a wholly vegetarian household, looks extremely perturbed every time we have a wholly vegetarian dinner at our home. Yet we all adjust to each other’s food habits and muddle along because we’ve learned to eat-and-let-eat.

It is that spirit of accommodation that is most at stake in these high-pitched food battles. Instead of focusing on our own plate, we have an unhealthy interest in what is in our neighbour’s fridge, sometimes, as the hapless Mohammed Akhlaq found out in 2015, with deadly results. Akhlaq was lynched on suspicion of slaughtering a cow. What was truly astounding was the meat in his refrigerator was sent for forensic tests. That should have been a sobering moment, a wake-up call. Instead, it seems to have whetted the appetites of those who see food as a way to polarise voting blocs. And we are now living in the age of food poisoning.

Kalman’s Cold Storage was a hole-in-the-wall delicatessen in Kolkata famous for both its beef collar and its pork ham. Started by a Hungarian trapeze artist it was part of Kolkata’s multicultural allure. It was only after it shut down that many Kolkatans realised it was one of the few places that sold both pork and beef, something that we once regarded as unexceptional but now seems quite daring. Luckily newer charcuteries like Calcutta Deli and Whole Hog are trying to keep the Kalman spirit going. But they are battling against a larger more dyspeptic national tide that seems to want to seal us into airtight boxes.
We all know it’s not about food. Food has become a way for one group to show another its place and attack livelihoods. In his provocative new play ‘The Muslim Vanishes’, Saeed Naqvi imagines an India where Muslims and everything Muslim vanishes overnight. “No biryani, no pulao,” laments one character as images of Mughlai, kakori, jafrani, goshtaba flash past on a television screen. But it leads to a trickier question. Is Mughlai food served at Rashtrapati Bhavan, prepared by a Hindu or Sikh chef, still Muslim? Would the Urdu writings of Ratan Nath Sarshar or the Persian ghazals of Bharatendu Harishchandra also disappear?

It has taken centuries to create this melting pot. But it is taking very little time to turn it into a pressure cooker.