How have these corporations colonised our public life? 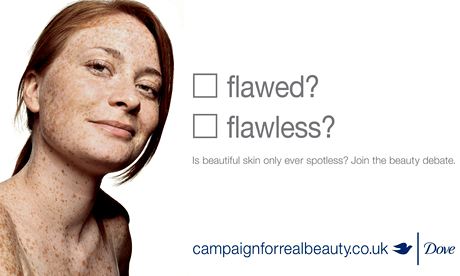 One of Unilever‘s ‘real women’ series of advertisements for Dove. Photograph: PA

How do you engineer a bland, depoliticised world, a consensus built around consumption and endless growth, a dream world of materialism and debt and atomisation, in which all relations can be prefixed with a dollar sign, in which we cease to fight for change? You delegate your powers to companies whose profits depend on this model.

Power is shifting: to places in which we have no voice or vote. Domestic policies are forged by special advisers and spin doctors, by panels and advisory committees stuffed with lobbyists. The self-hating state withdraws its own authority to regulate and direct. Simultaneously, the democratic vacuum at the heart of global governance is being filled, without anything resembling consent, by international bureaucrats and corporate executives. The NGOs permitted – often as an afterthought – to join them intelligibly represent neither civil society nor electorates. (And please spare me that guff about consumer democracy or shareholder democracy: in both cases some people have more votes than others, and those with the most votes are the least inclined to press for change.)

To me, the giant consumer goods company Unilever, with which I clashed over the issue of palm oil a few days ago, symbolises these shifting relationships. I can think of no entity that has done more to blur the lines between the role of the private sector and the role of the public sector. If you blotted out its name while reading its web pages, you could mistake it for an agency of the United Nations.

Sometimes Unilever uses this power well. Its efforts to reduce its own use of energy and water and its production of waste, and to project these changes beyond its own walls, look credible and impressive. Sometimes its initiatives look to me like self-serving bullshit.

Its “Dove self-esteem project”, for instance, claims to be “helping millions of young people to improve their self-esteem through educational programmes”. One of its educational videos maintains that beauty “couldn’t be more critical to your happiness“, which is surely the belief that trashes young people’s self-esteem in the first place. But of course you can recover it by plastering yourself with Dove-branded gloop: Unilever reports that 82% of women in Canada who are aware of its project “would be more likely to purchase Dove“.

Sometimes it seems to play both ends of the game. For instance, it says it is reducing the amount of salt and fat and sugar in its processed foods. But it also hosted and chaired, before the last election, the Conservative party’s public health commission, which was seen by health campaigners as an excuse for avoiding effective action on obesity, poor diets and alcohol abuse. This body helped to purge government policy of such threats as further advertising restrictions and the compulsory traffic-light labelling of sugar, salt and fat.

The commission then produced a “responsibility deal” between government and business, on the organising board of which Unilever still sits. Under this deal, the usual relationship between lobbyists and government is reversed. The corporations draft government policy, which is then sent to civil servants for comment. Regulation is replaced by voluntarism. The Guardian has named Unilever as one of the companies that refused to sign the deal’s voluntary pledge on calorie reduction.

This is not to suggest that everything these panels and alliances and boards and forums propose is damaging. But as the development writerLou Pingeot points out, their analysis of the world’s problems is partial and self-serving, casting corporations as the saviours of the world’s people but never mentioning their role in causing many of the problems (such as financial crisis, land-grabbing, tax loss, obesity, malnutrition, climate change, habitat destruction, poverty, insecurity) they claim to address. Most of their proposed solutions either require passivity from governments (poverty will be solved by wealth trickling down through a growing economy) or the creation of a more friendly environment for business.

At best, these corporate-dominated panels are mostly useless: preening sessions in which chief executives exercise messiah complexes. At their worst, they are a means by which global companies reshape politics in their own interests, universalising – in the name of conquering want and exploitation – their exploitative business practices.

Almost every political agent – including some of the NGOs that once opposed them – is in danger of being loved to death by these companies. In February the Guardian signed a seven-figure deal with Unilever, which, the publisher claimed, is “centred on the shared values of sustainable living and open storytelling“. The deal launched an initiative called Guardian Labs, which will help brands find “more engaging ways to tell their story”. The Guardian points out that it has guidelines covering such sponsorship deals to ensure editorial independence.

I recognise and regret the fact that all newspapers depend for their survival on corporate money (advertising and sponsorship probably account, in most cases, for about 70% of their income). But this, to me, looks like another step down the primrose path. As the environmental campaigner Peter Gerhardt puts it, companies like Unilever “try to stakeholderise every conflict”. By this, I think, he means that they embrace their critics, involving them in a dialogue that is open in the sense that a lobster pot is open, breaking down critical distance and identity until no one knows who they are any more.

Yes, I would prefer that companies were like Unilever rather than Goldman Sachs, Cargill or Exxon, in that it seems to have a keen sense of what a responsible company should do, even if it doesn’t always do it. But it would be better still if governments and global bodies stopped delegating their powers to corporations. They do not represent us and they have no right to run our lives.

Twitter: @georgemonbiot. A fully referenced version of this article can be found at monbiot.com