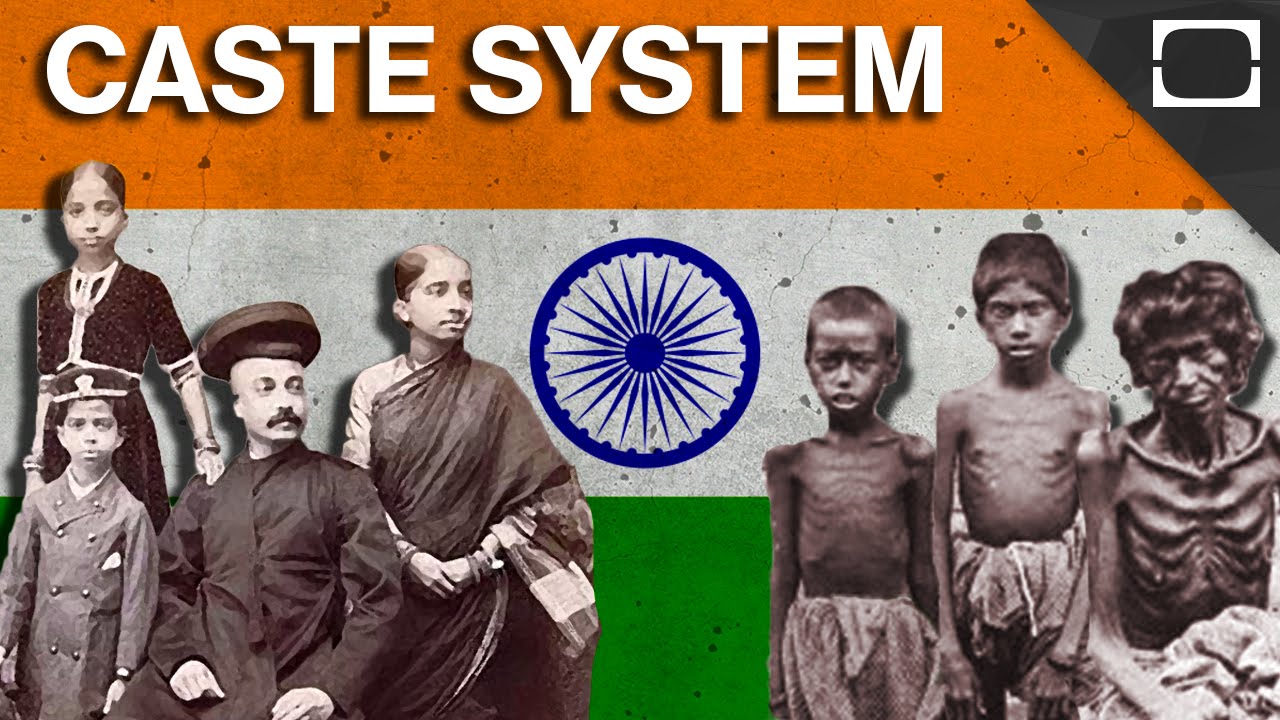 A Life of Contradictions:
by -SIDDHARTH ADELKAR

The Confederation of Indian Industry (CII), the most prominent representative of Indian private industry, wished
to prove that “reservations” don’t work. In India, a certain percentage of government jobs and higher education
admissions are reserved for members of historically oppressed groups, the “backward castes”. The CII
conducted a caste census of the private sector. They wished to demonstrate that meritocracy of private
enterprise – not public sector-style affirmative action – ensures that there is no discrimination of oppressed
groups. The CII was hoist by its own petard. The census revealed that “the proportion of scheduled caste and
scheduled tribe employees in the private sector in some of the most industrialised states hardly reflects their
strength in the general population.”[1] CII’s position on public sector reservations was further damaged when
the report hinted that extensive public sector reservations in some Indian states had led to better private sector
representation of oppressed castes in those states.

Merit vs Caste: Opponents of reservations fancy themselves as the victims of caste-based, reverse discrimination

But private companies don’t ask for a person’s caste! Then why is the percentage of oppressed castes so low?

You can’t really tell an Indian’s caste by looking at the person or her resume or even her name. Or can you?
Let’s conduct an experiment. Let’s collect one hundred resumes and make three copies of each. We give one
stack of copies “upper caste sounding” Hindu names, the other stack of copies “dalit sounding” names, and the
third group conspicuously Muslim names. A name, really, does not disclose one’s caste in every case. But
there are certain names that do denote caste and religion. So, let’s submit these randomly to job
advertisements in newspapers. If there is no discrimination then we should find that the number of callbacks for
each should be about the same. Sukhdeo Thorat and Paul Attewell tried this field experiment. What they found
was that the “upper caste sounding” Hindu names received significantly more call backs than Dalits and
Muslims. Their statistical analysis proved that “discriminatory processes operate even at the first stage of the
application process.” [2]

Let’s consider the rest of the recruitment procedure. Most of us strongly believe that “merit is the only thing that
matters” in private companies. How does caste figure here? Jodhka and Newman conducted “a qualitative pilot
study of a convenience sample of 25 human resources managers in large firms based in New Delhi and the
National Capital Region (NCR).” They discovered that although virtually all hiring managers insisted that “merit
is the only thing that matters”, they relied heavily on such parameters as “family background” and “regional
stereotypes”. Most also failed to see the clear contradiction. In fact, to them background – not just skill and
education qualifications – is an aspect of merit. A hiring manager pointed out that “[Personal] traits are
developed with the kind of interaction you have with society. Where you have been brought up, the kind of
environment you had in your family, home, colony and village, these things shape the personal attributes of
people. This determines his [sic] behaviour, and working in a group with different kinds of people. We have
some projects abroad, and if a person doesn’t behave properly with them, there is a loss for the company. Here
the family comes in, whether the person behaves well and expresses himself in a professional way.”[3] In a
society where hierarchical caste consciousness is still strong and very entrenched in “family values”, it is not
hard to see how this preference for certain “family backgrounds” partly explains the CII’s skewed census.

IS OUR IT INDUSTRY DIFFERENT?
But hey, our IT industry is different. We believe that our Silicon Valley anarchic values, software culture and
meritocracy has enabled us to disrupt old ways. There is no discrimination here. A study of IT professionals in
Bangalore by Carol Upadhya tells a different story. “The social composition of the IT workforce is more
homogeneous than is often supposed, in that the workforce is largely urban, middle class, and high/middle
caste.”

Upadhya pictures a three-step funnel which effectively filters out historically disadvantaged groups from being
recruited in the IT industry. The first two steps involve the inherent nature of the education system which
favours urban students with easier access to English language, specialised private coaching and career
guidance. It is notable that Hindu upper castes constitute almost 67 per cent of engineering and technology
graduates. The recruitment process is the third step. Apart from the technical round, there is “an HR round”
where the candidate is evaluated on his/her “client-facing” suitability. Here the kind of English spoken,
appearance, and general “westernised social orientation and habitus” is favourable. These are strongly linked
to a history of advantage and access. They also effectively act as proxies for caste, gender, religion and
class—the primary keys to historical privilege in India. All this leads to what Upadhya’s study [4] shockingly
reveals—that 71 per cent of her sample set of Bangalore IT professionals were Hindu “twice-born” [5] upper
castes. In fact, 48 per cent were Brahmins, the highest of the Hindu caste order, a tiny minority of the Indian
population. If historically privileged groups dominate the IT industry in such inordinate numbers, then that
should mean that the IT industry’s very idea of merit is linked to that history of privilege.

RESERVATIONS IN HISTORICAL CONTEXT
To understand the interplay between the IT industry’s idea of “merit” and historical privilege, let us examine the
history of caste in India. For thousands of years, the caste system in India has served as a systematic and
ideological instrument of exploitation. Caste is an ancient social structure that divides Indian society into a
spectrum of occupation and social status. With hereditary assignment, each member of society was forced into
an occupation that was considered to be his or her “destiny.” With strict and elaborate rules of intermarriage
and even interdining, social mobility was rigid and difficult. The most deprived were groups of people forced to
do the most difficult, degrading, and humiliating occupations. They were considered “polluted” and beyond the
pale of society — “untouchable”. This social exclusion and forced labour was a structured and systematic
feudal method of economic exploitation.

In the 19th and 20th centuries, various ostracised groups united under the political umbrella of the “Dalit
movement” — the Movement of the Oppressed. Foremost among their intellectual and political leaders was the
great Indian jurist and freedom fighter Dr. Bhimrao Ambedkar — himself a Dalit. The movement won a victory
unparalleled in Indian history. Caste system — the primary social structure of most of India — was abolished,
and its evil practices like “untouchability” outlawed. This was a bold, ambitious and visionary step that could
only have come out of a century-long, all-encompassing national independence struggle that brought together
the vast majority of Indian society, including Dalits.

It was against this backdrop that the oppressed groups demanded corrective justice. Affirmative action would
not only overcome the centuries of injustice and exclusion, to bring education and economic opportunities to
the ostracised, but it would also make a newly independent idealistic nation more democratic and more free.
But this historic turn towards equality bred immense resentment among those who had only known dominance
as a birthright. Reservations caused, and continue to cause, great bitterness in those castes that had
centuries-long monopolies over landholding, administration, and educational institutions.

A LIFE OF CONTRADICTIONS

At the very root of the dogmatic opposition to reservations is this resentment. Ancient prejudices hide behind
creative phrases such as “family background”. The idea of “merit”, as articulated by the opposition, thus stands
exposed as a euphemism for class and caste privilege. It has less to do with individual hard work and more to
do with historical advantage. As Carol Upadhya puts it, “The processes of exclusion that operate in the
educational system and in recruitment as also the ideology of ‘merit’ in the context of elite opposition to
reservation, create [the] relative social homogeneity in the IT workforce.”
The IT industry prides itself on being disruptive at breaking corporate hierarchies. Isn’t it a contradiction then
that hidden behind our inclusive lingo, our open office layouts, flat organisational structure and agile democratic
workstyles, is a deeply exclusionist reality? Shouldn’t we take sincere steps toward including amongst our fold
those whom we have kept out? Shouldn’t we strive to disrupt and radically transform such exclusionary
processes?

On the 26th of January 1950, when the Constitution of India was adopted by the Constituent Assembly, its chief
architect Ambedkar warned the new republic, “[We] are going to enter into a life of contradictions. In politics we
will have equality and in social and economic life we will have inequality. In politics we will be recognising the
principle of one man one vote, and one vote one value. In our social and economic life we shall, by reason of
our social and economic structure, continue to deny the principle of one man one value. How long shall we
continue to live this life of contradictions?”

Notes
[1] P. Vaidyanathan Iyer, The Financial Express “India Inc’s caste census finds ST [Adivasi], SCs [Dalits]
missing” (Jan 20, 2011).
[2] Sukhadeo Thorat and Paul Attewell, “The Legacy of Social Exclusion A Correspondence Study of Job
Discrimination in India,” Economic and Political Weekly: 4141 (October 13, 2007).
[3] Surinder S Jodhka and Katherine Newman, “In the Name of Globalisation Meritocracy, Productivity and the
Hidden Language of Caste” Economic and Political Weekly: 4125 (October 13, 2007).
[4] Carol Upadhya, “Employment, Exclusion and ‘Merit’ in the Indian IT Industry“ Economic and Political
Weekly: 1863 (May 19, 2007).
[5] “Twice born” or “Dvija” (Sanskrit) is a byword for the highest of Hindu castes. Historically, the
Dharmashastra law scripture of the Hindus granted only the “twice born”, the right to education.

India reduces baby deaths but still hasn't met 2012 targets
Why the Toxic Myths Rich People Believe About the Poor Are So Dangerous
Fizzy tizzy: Bolivia walks back talk of Coca-Cola ban #Coke
Reading Between the Lines – A Critique of the draconian law UAPA