Even as tension brews in Kashmir following the killing of Hizbul commander, a Muslim couple is defying restrictions to feed a Pandit family across river Jhelum. As Kashmir burns after the killing of Hizbul Mujahideen commander Burhan Wani, and half the state is under curfew, a lone Kashmiri woman and her husband braved a strict curfew to get some food across to her Pandit friend.

At first glance, Zubeda Begum and her husband walking on a deserted road in Srinagar with a bag of food items looked like any another desperate family trying to fend for itself in the strife-torn city. However, this couple was actually risking their lives to get some food to a friend, who had telephoned from across the river Jehlum to inform them of their plight.

“She had called me in the morning saying her family needed food supplies. They have an ailing grandmother staying with them. I am taking the food to them. It is difficult but we are trying to reach them,” Zubeda said. 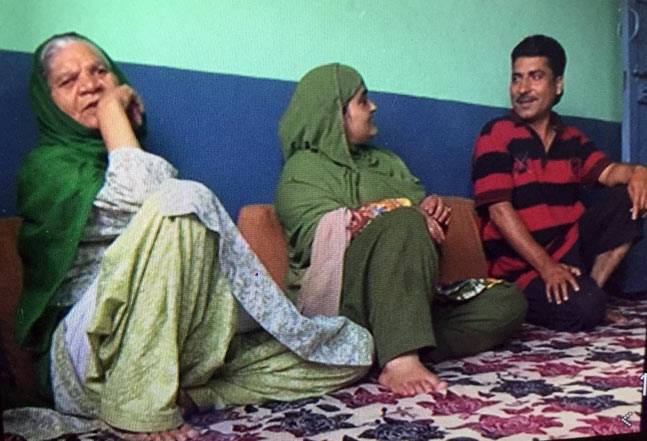 CURFEW, LACK OF TRANSPORT DID NOT DETER THE COUPLE

The shops and establishments remain shut for days and there is no means of transport on the roads. To add to their woes, police have limited movement of people.

According to the couple, the risk and effort of the long walk was compensated with the warmth they received after arriving at the doorsteps of Diwanchand’s flat in Jawahar Nagar.

“Everyone is suffering here. We are so glad that these people came here. This is where the humanity lies,” said Diwanchand Pandit.

Diwanchand and his family have been living in the Valley for many years. He works at All India Radio and his wife is a teacher in a local school where Zubeda also works.

Diwanchand and his family, including an ailing grandmother, were desperate for help as crisis mounted in the Valley.

Kashmir has been in the grip of unrest for last four days. Violent protests are being reported from many areas following the killing of Hizbul Mujahideen commander Burhan Wani.

In the midst of this violence, Zubeda’s heartwarming story is a perfect example of how humanity prevails even in times of adversity.http://indiatoday.intoday.in/story/how-kashmiri-muslim-couple-defied-a-curfew-and-walked-miles-to-feed-pandit-friends-starving-family/1/712153.html