How neoliberalism colonised feminism – and what you can do about it 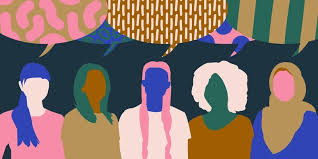 All of a sudden, everyone wants to claim the feminist label. From Facebook COO Sheryl Sandberg to Ivanka Trump, an unprecedented number of high-profile corporate women are publicly declaring themselves feminists. The market is colonising feminist themes, it seems.

Indeed, identifying as feminist has not only become a source of pride but also serves as cultural capital for Hollywood stars and music celebrities alike, so much so that the new “f-word” has literally inundated mainstream and social media. Meghan Markle, the UK’s new feminist princess, is just the latest example in a very long list. It comes as little surprise that “feminism” was Merriam-Webster’s word of the year in 2017.

The movement for gender equality, then, is increasingly entangled with neoliberalism, which has mobilised feminism to advance political goals and enhance market value. Yet, at the same time, a different form of feminism has also unexpectedly gained popularity. In the wake of Trump’s election and the reappearance of shameless sexism in the public sphere, a new wave of mass feminist militancy has appeared on the political landscape, one that attempts to go beyond simple identification to facilitate social change.

The reemergence of large-scale feminist protest and mobilisation, such as the Women’s March and the #MeToo movement, serves as an important counter to the rise of defanged, non-oppositional invocations of feminism.

So how might we make sense of the contemporary feminist renaissance with its very different and conflicting manifestations?

Over the past half decade, we have witnessed the rise of a peculiar variant of feminism, particularly in the US and the UK, a variant that has been unmoored from social ideals like equality, rights and justice. I call this neoliberal feminism, since it recognises gender inequality (differentiating itself from post-feminism, which focuses on individual women’s “empowerment” and “choice”, yet repudiates feminism) while simultaneously denying that socioeconomic and cultural structures shape our lives.

This is precisely the kind of feminism that informs bestselling manifestos, such as Sheryl Sandberg’s Lean In, in which women are construed as completely atomised, self-optimising, and entrepreneurial.

Yes, neoliberal feminism might acknowledge the gender wage gap and sexual harassment as signs of continued inequality. But the solutions it posits elide the structural and economic under-girding of these phenomena. Incessantly inciting women to accept full responsibility for their own well-being and self-care, neoliberal feminism ultimately directs its address to the middle- and upper-middle classes, effectively erasing the vast majority of women from view. And, since it is informed by a market calculus, it is uninterested in social justice or mass mobilisation.

With the rise of neoliberal feminism, which encourages individual women to focus on themselves and their own aspirations, feminism can more easily be popularised, circulated, and sold in the market place. This is because it dovetails, almost seamlessly, with neoliberal capitalism. This feminism is also an unabashedly exclusionary one, encompassing only so-called aspirational women in its address. In doing so, it reifies white and class privilege and heteronormativity, lending itself not only to neoliberal but also neo-conservative agendas.

There is nothing about this feminism that threatens the powers that be.

Yet one of its unintended effects may well constitute a threat. Precisely because neoliberal feminism has facilitated the widespread visibility and embrace of the “f-word”, it has concurrently paved the way for a militant feminist movement. This movement encourages mass mobilisation in order to challenge not only Trump’s sexist policies but also an increasingly dominant neoliberal agenda that puts profits over people.

Some of the infrastructure for the recent oppositional feminist groundswell was clearly already in place. Let’s not forget that #MeToo initially emerged as a grassroots movement spearheaded by the African American activist Tarana Burke over a decade ago and that it comes on the heels of other mobilisations, such as SlutWalk, the transnational movement that organised protests across the globe against rape culture and its attendant victim-blaming.

Yet #MeToo was able to gain such widespread traction at this particular moment in history – with Trump’s election and policies serving as the main triggers – because feminism had already been rendered popular and desirable by Sandberg, Beyonce, and Emma Watson, to name just a few.

The pressing question now is how can we sustain and broaden the mass feminist renaissance as resistance, while rejecting the logic of neoliberal feminism. How can we maintain feminism as a threat to the many forces that continue to oppress, exclude and disenfranchise whole segments of society?

#MeToo has carried out important cultural work. At its best, it has exposed how male entitlement saturates our culture. Ultimately, though, this will not suffice. Exposure is not enough for ensuring systemic change.

But there are other feminist movements that have emerged in the past few years. Feminism for the 99%, which helped organise the International Woman’s Strike, is but one example. These movements significantly expand the single frame of gender, articulating and protesting a dizzying array of inequalities facing women, minorities, and precarious populations more generally.

These feminist movements are demanding dramatic economic, social and cultural transformations, thereby creating alternative visions as well as hope for the future. And given just how bleak the future currently looks for an ever-increasing number of people across the globe, this is precisely the kind of threatening feminism that we need