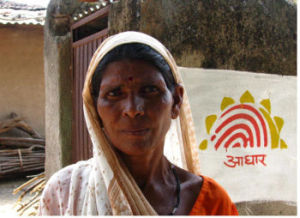 New Delhi: The Supreme Court has directed the Government of India to withdraw all orders, which make the Aadhaar card mandatory for availing any service. The court has also directed the Unique Identification Authority of India (UIDAI) not to share any information pertaining to an Aadhaar card holder with any government agency without the prior permission of the card holder.

The Supreme Court was hearing the petitions challenging the Constitutional validity of Aadhaar card with those opposing the mega project saying it was not backed by any statute and compromises with national security.

Further, a three-judge bench headed by Justice BS Chauhan was also told that the project not only violates the right to privacy but the “biometrics”, which is the foundation of the project, is an unreliable and untested technology and public funds are being channeled to private enterprises without sufficient validation.

Earlier in 2013, the apex court had also issued an interim order which had said Aadhaar card be not made mandatory for people for availing any government services and nobody should be deprived of any such facilities for want of the card.

The Centre, UIDAI and three oil PSUs – IOCL, BPCL and HPCL – had later on moved the apex court seeking modification of its earlier order that Aadhaar card is not mandatory and no person should suffer for want of it in getting the benefits of government schemes.

The petitioners, including Justice K Puttaswamy; former high court judge and Major General SG Vombatkere, who retired as Additional Director General, Discipline and Vigilance in Army HQ; also sought to restrain the Centre, Planning Commission and the UIDAI from issuing Aadhaar cards by way of an executive order of January 28, 2009.

Senior advocate Shyam Divan had in the beginning of the arguments by saying that “there is no statute to back the project” and even if there were one, the statute would be violative of Articles 14 and 21 of the Constitution as the project enables surveillance of individuals and impinges upon right to human dignity. Maintaining that whenever state seeks to impinge upon fundamental rights, its action must be backed by statute and not mere executive fiat, the senior advocate said, “Here, the action under the impugned project of collecting personal biometric information without statutory backing is ultra vires even where an individual voluntarily agrees to part with biometric information.”

He contended that the project would not stand the test of Constitution as there is no statutory guidance on who and how the biometric information has to be collected. The advocate said the task has been given to some private entities without sufficient validation. Further, there was no clarity on storage, usage and protection of data, he said, adding “the project is also ultra vires because under the constitutional scheme any action of the state that could potentially impinge on an individual’s freedom must be backed by statute.”

The petitioners said that the procedure adopted by UIDAI in collecting data was also violative of Article 21 as individuals are not told about crucial aspects such as potential misuse of the information, the absence of any statutory protection, commercial value of the information and that private parties are involved in collecting biometric information without safeguards. The bench, which is hearing a batch of petitions challenging the scheme, had earlier said the stand of state governments needs to be considered while adjudicating the case on Aadhaar card.

Meanwhile, a total of 576.16 million Aadhaar cards had been issued till January 31, with Maharashtra topping the list with 82.99 million beneficiaries, the government informed the Lok Sabha last month. Andhra Pradesh (79.06 million) and Tamil Nadu (44.33 million) were placed in the second and third spots, Minister of State for Planning Rajeev Shukla said in a written statement. They were followed by Madhya Pradesh (42.44 million), Karnataka (41.76 million), Rajasthan (38.33 million), West Bengal (34.92 million), Kerala (30.44 million), Gujarat (26.43 million) and Jharkhand (25.82 million).

HOW HARMFUL IS UID CHECK BELOW

ARE WE GUINEA PIGS ?

IS UID A MGIC NUMBER ?