I converted to Islam of my own will, want to live with husband Shafin’: Hadiya in SC 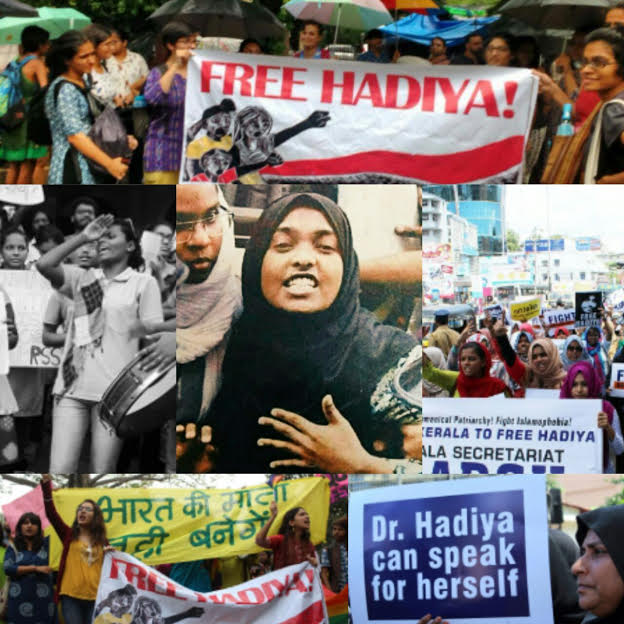 “Even now I am under police surveillance. I most humbly pray that my entire liberty may kindly be restored to me,” Hadiya said in her affidavit. 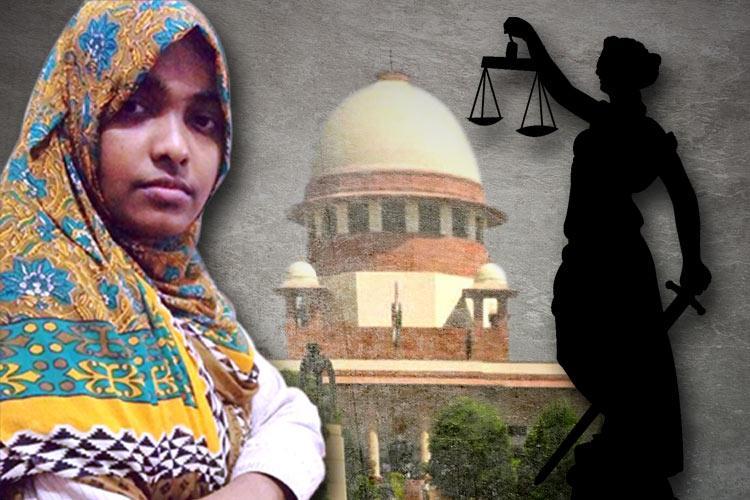 In an affidavit filed on Tuesday in the Supreme Court, Kerala Muslim convert Hadiya said that she embraced Islam of her own free will and wants to continue to live as a Muslim.

Describing the circumstances under which she converted to Islam from Hinduism, she said that she had been kept under prolonged confinement without the freedom she is entitled to.

“Even now I am under police surveillance. I most humbly pray that my entire liberty may kindly be restored to me,” she said.

In her affidavit filed through her lawyer Marzook, Hadiya said that Shafin Jahan is her legally wedded husband and that she wants to continue to live as his wife. She reiterated that she converted to Islam and married Shafin of her own free will.

Hadiya stated that her father Asokan is under the influence of certain sections of people “who were trying to use him”. “Otherwise, I do not see how my father who is an atheist would object to me changing my religion or marrying someone from a different religion,” she stated.

Hitting out at the police and those who are trying to influence her father, she said that “the baseless and malicious propaganda being made by the investigating agency and by the evil forces behind my father that I am mentally not sound, that I have connections with ISIS and the media trials on these allegations would detrimentally affect my future and career as a doctor, causing irreparable heavy injuries and loss to me.”

In her affidavit, filed after the SC made her a respondent in the case, Hadiya pointed out that although her father is an atheist, she followed her mother’s belief “since I hailed from such a background and village, where there is no Muslim, to my knowledge, and Islam was not at all known to me in my childhood”.

Narrating an incident, she said once when her father saw her performing namaz at home, he warned her against Islam saying that it is the “religion of terrorism”.

According to the affidavit, this forced Hadiya to keep her newly embraced faith a secret. However, differences between Hadiya and her parents grew stronger and the situation became unbearable for her when in late 2015, after her grandfather passed away, her relatives forced her to perform Hindu rituals.

“Being a Muslim who believes in monotheism which is the basic pillar of my faith and not practicing any kind of idol worship, this incident caused deep mental agony to me and I got determined to disclose my Islamic faith and to become a Muslim officially,” she said.

Following this, Hadiya left home of her own free will on January 2, 2016 and went to Jaseena’s house in Malappuram district.

On March 21, 2016, she completed her Islamic course in an institution under the Markazul Hidaya Sathyasarani Educational and Charitable Trust.

On her marriage to Shafin Jahan

In Januray 2016, Hadiya’s father Asokan moved the Kerala HC with a habeas corpus petition. However, this petition was disposed of after Hadiya said she had left home of her own will to study Islam.

The court had then allowed her to stay with Sainaba, a social worker from Malappuram, who helped her get on with her Islamic studies and also provided her a place to stay. However, later Hadiya’s father accused Sainaba of forcibly converting his daughter.

While Hadiya was residing with Sainaba at the latter’s house, the affidavit says she expressed her desire to have a family to Sainaba. Hadiya asked Sainaba to find a “matching, Muslim bridegroom” for her. On April 7, 2016, Hadiya signed up on the matrimonial website “waytonikah”.

According to her, out of the 50 responses she received on the website, one was a proposal from Shafin. “We spoke to each other over the phone and communicated with each other by WhatsApp sharing photos and eventually decided to proceed further for marriage. He came from his workplace in Muscat and thereafter visited me in November 2016”, she said.

The marriage was solemnised on December 12, 2016 at Sainaba’s house.

On December 20, 2016, Hadiya said that she appeared before a local registrar along with Shafin and submitted an application for registration of the marriage. “However, after the hearing on December 21, the division bench of the Kerala HC passed an interim order directing the police to confine me in SNV Sadanam Hostel”.

Later, in an order on May 24, 2017, the Kerala HC annulled Hadiya’s wedding to Shafin, calling it a scam and sent her to the custody of her parents.

Hadiya has accused her parents of keeping her under house arrest after she was taken back home, following the Kerala HC order annulling her wedding to Shafin in May 2017.

Hadiya affirmed that she was kept under house arrest at her parent’s home and was not allowed to meet or interact with anyone. However, she said that several people including BJP State President Kummanam Rajasekharan and social activist Rahul Easwar visited her. She also alleged that people from Shivashakti Yoga Centre in Ernakulam visited her and “tortured” her in the name of counselling, and even pressurised her to leave Islam.

“I informed the police about my mother’s deed but they were reluctant to hear me or take any step to resolve the issue. From that day onwards, I began to prepare my own food,” she stated.

While people including activists, media persons and even the Chairman of State Women’s Rights Commission were not allowed to meet Hadiya, the Chairperson of National Commission for Women (NCW) met Hadiya at her house. In her affidavit, Hadiya said that whatever the Chairperson of NCW told the media after meeting her was false.