I killed Gauri Lankesh to save my religion: Waghmore to SIT

Statements Gauri Lankesh’s murderer –
“I had to kill someone to protect my religion”
“I didn’t know who I killed
” “Now I feel, I should not have done it”

BENGALURU: The special investigation team probing the murder of Gauri Lankeshhas said that Parashuram Waghmore, picked up from Vijayapura district in north Karnataka earlier this week, has confessed to killing the journalist-activist.

The 26-year-old claimed he didn’t know who he was killing when he pumped four bullets into Gauri in front of her house in R R Nagar, Bengaluru, on the night of September 5, 2017, SIT sources said on Friday. “I was told in May 2017 I had to kill someone to save my religion. I agreed. I didn’t know who the victim was. Now I feel that I should have not killed the woman,” sources quoted Waghmore as confessing to the SIT.

Waghmore said he was brought to Bengaluru on September 3. He had been trained to use an airgun in Belagavi.

“I was first taken to a house. After two hours, a biker took me to show the house of the person I was to kill. The next day, the biker took me to another room in Bengaluru. Another man in the room took me to the R R Nagar house again on a bike and dropped me back. I was again taken to Gauri’s house in the evening, by the same biker who had taken me the previous day. I was told that I had to finish the job that day. But Gauri had returned from work by then and was inside her house,” he allegedly told the SIT. 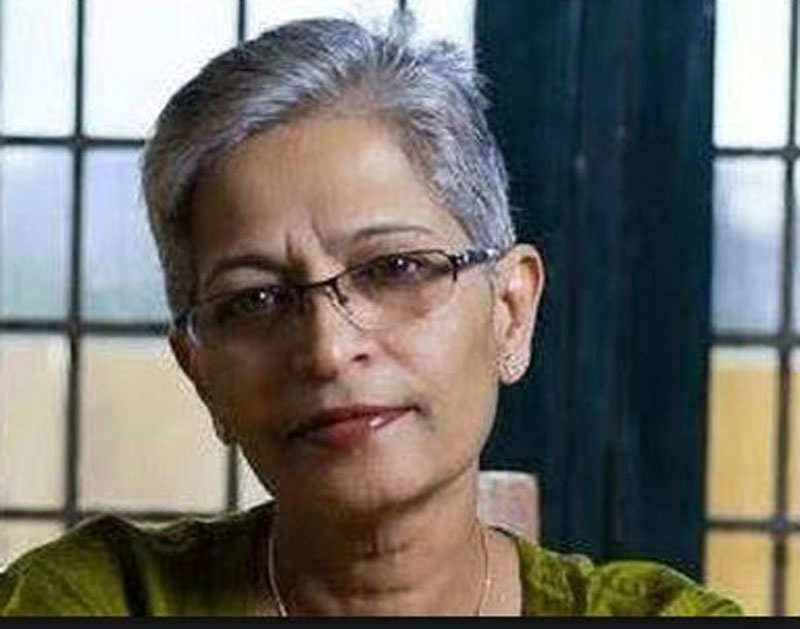 On September 5, I was given the gun around 4pm by the biker and we went to her house in the evening. We arrived at the right time. Gauri had stopped her car in front of the gate and was opening it from inside when I approached her. I coughed lightly and she turned towards me. I pumped four bullets into her,” Waghmore has allegedly confessed. “We returned to the room and left the city the same night…” he said.