‘I Tried Killing Myself Twice Due To My Abusive Husband. I Am Speaking Out So That No One Else Does 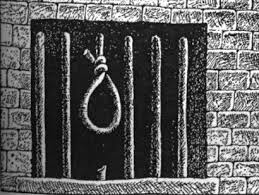 Mumbai: For 33 years, Kalpana Mishra (name changed) asked herself what she had done wrong–why was it that her husband, whom she loved, beat her mercilessly? Why did he have multiple affairs, and why did none of his friends or family think it was wrong? How could a smart, bright, and educated woman like her suffer in silence?

Mishra tried astrology, past-life regressions and read books but found no answers. In 33 years of married life, she landed up in the hospital several times for injuries, and she even tried taking her life twice. The last time she tried, she fell into a coma for three days. It was then that something snapped in her, and she filed a case of domestic violence against her husband.

Mishra wrote to IndiaSpend after reading that story and wanted to share her trauma, “I do not want anyone else to suffer as I did,” she said.

Today, Mishra is separated from her husband, and is a trained counsellor helping other women in similar situations. She has restarted her career after completing a diploma in development management and works for a non-profit.

Here are some excerpts from the telephonic interview:

How was your childhood?

I was born in a small town in Uttar Pradesh. We lived in a joint family. My father, who was an engineer, worked in a very well-known company, and took care of his whole family–seven brothers and two sisters. We were a well-respected but highly patriarchal family. All my life, I saw my mother working day and night and getting abused by his family. My father was good to everyone but was dominating and aggressive with my mother. Seeing her plight, I had decided that I would never get married.

I have three siblings–an older brother and sister, and a younger brother. My father was educated, but he still spoke only about making my brothers engineers. He never celebrated my accomplishments. I was good at studies and sports, and I was selected to play basketball and kabaddi at the national level when I was in school. I stood first in my district in the grade X exam, and got featured in the newspaper, but no one cared. I learnt to study and work hard without making a fuss.

My brother’s friend had got an extra application form in a reputed engineering college and I filled it. To my surprise I got selected. My father didn’t allow me to join for a month because he thought I will lose interest and forget about it. Finally he had to relent and I joined the course. I did well in my studies and was selected for the masters course. But I fell in love and decided to get married. Our marriage was sanctioned by our families.

How did your life change after your marriage?

After marriage, I moved to Delhi. Physical and mental abuse started soon after. I have never heard gaalis (abuses) in my maternal household but here I was verbally abused and beaten up regularly. Initially, he said that he loved me and had only hit me under the influence of alcohol.

I was 22 years old, my parents had died and my sister lived abroad so I had no one to speak to. I was stuck in a situation I didn’t know how I could get out of. I kept believing he would change.

My husband blamed everything on me–his failure at business, his losses. He played the victim, I played along. Soon his shame became my shame.

Three years after our marriage, I gave birth to our son. By then the girl in me who was confident, a natural public speaker, and a singer had gone quiet. My in-laws had asked me to quit my job: “Acche ghar ki bahuen kaam nahi karti” (Daughter-in-laws of good households don’t work). Still, I prepared for the civil services exam without telling anyone but I could not give the exam.

Meanwhile, I tried everything to understand why my marriage wasn’t working well. I sought answers everywhere–books, religion, philosophy. I asked, I was a good wife, daughter-in-law and a mother; then why was this happening to me? I never realised that it wasn’t my fault.

The first time I tried to commit suicide, I drank pesticide because my husband had hit me badly the day before. My in-laws rushed me to the hospital, but later asked me to beg forgiveness from my husband.

The next time I was admitted to the hospital was because he kicked me when I was pregnant and I had a miscarriage.

Later, when we moved to Mumbai, my husband closed the door on my hand and I had a fracture. My husband then had an affair with a younger colleague in office. Slowly he started insisting on bringing her home. When I protested, he started tormenting me. He now wanted to kick me out of his house.

He called me names, showed me obscene videos and asked me to die. He even took me to a psychiatrist and said I was crazy. One day, I swallowed sleeping pills to end it all. I was rushed to the hospital and I was in coma for three days.  My son stood looking at me, wondering if I will live or die.

After I came back, I said enough is enough and filed a case of domestic violence against him.  He then filed for divorce.

Did you get divorced?

No, I didn’t want to give him a divorce because I did not want to let him off the hook after 33 years of a bad marriage. I have studied the law, spoken to lawyers, got fleeced by them and realised that the justice system is tilted towards men. A woman who is a homemaker, has no money, no financial backing and no security. Till date, I have not received a penny from him.

I have also filed a petition in support of a Supreme Court petition asking for restrictions on pornographic websites. Since the last five years, I have read and researched extensively on these issues and written letters to everyone from prominent personalities to ministers to the highest offices in India.

How did your children react to all of this?

Earlier, the violence was restricted to the bedroom and I tried to keep the children away from it. But later, they told me that they stood outside the door and cried.

My son has stopped talking to me since the court cases. My daughter meanwhile has been my support all these years. She was the one who told me that I had to do something. Her father has cut her off financially.

When and how did you move out and gain financial independence?

I did a post graduate diploma in development management from a Mumbai-based institute. After 30 years of staying at home, I had to adjust to a new age classroom where I was expected to submit assignments on emails and make powerpoint presentations. I had to learn fast, and despite being the oldest student in the classroom, I, at 56 years, stood second in the whole class. I felt validated and felt I can do something with my life.

Then I got a job in a non-profit working on maternal health and I am in-charge of coordinating with the central government to implement the programme in different states. Thanks to my efforts, the programme has been successfully initiated in many states.

Also, I trained as a counsellor, and support other women who come to me through word-of-mouth. I have realised three out of four women face abuse at home. Most never speak up because they have no support or backing.

Why are you telling your story?

I do not want anyone else to suffer as I did. I also want to raise awareness about issues of homemakers who do not have the privileges of a working women–no measurement of or payment for work, no paid leave and no internal complaints committee for sexual harassment. After the breakdown of a marriage, it takes years to fight for maintenance which is why women don’t speak up.

Also, education alone can’t solve the problem. I was a district topper, an engineer and yet I suffered in silence for three decades because of the patriarchal values I was raised with.

I don’t condemn women for keeping quiet or bearing it. I see my story being repeated in the stories of those women. I want women to speak out about what is happening to them. I want to stir society into action.

I want to quote Maya Angelou here, “Each time a woman stands up for herself, without knowing it possibly, without claiming it, she stands up for all women