‘ I will do it again’; says Uber Driver who took Poet Sarkar to Police Station 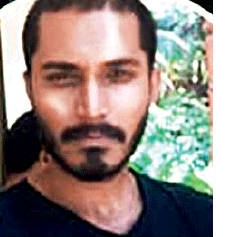 Rohit Singh Gour, whom Uber has been suspended while it investigates the matter, is unrepentant about his actions and says Shaheen Baug is obstructing India’s growth

Uber driver Rohit Singh Gour, who on Thursday drove an unsuspecting passenger to Santacruz police station after overhearing him talking on the phone about the protests against the CAA and NRC, is unrepentant about his behaviour and says he will do the same thing if he hears another passenger making similar statements. The incident created an uproar, and Uber suspended Gour, 35, for “up to 72 hours” while they investigate the matter.

Gour, 35, who had picked up 23-year-old Jaipur poet Bappaditya Sarkar from Juhu, told Mirror that he began secretly recording Sarkar’s phone conversation when they were around Mithibai College and he overheard the poet saying, “Country mein toh aag lagne wali hai (The country is going to burn)”. He said, “I felt that there was something fishy. He was talking about writing a song about azadi and making it go viral. He was also talking about how female audiences like it.”

Asked if his actions constituted an invasion of privacy, Gour said, “In my perception it is no longer about privacy if you are talking about doing something wrong behind closed doors. If your privacy is disturbing other’s privacy then it’s no longer valid. Whatever is happening is Shaheen Baug is obstructing the growth of the country. He was talking about doing something similar in Mumbai as well.” Gour had handed over the recording to the Santacruz police as ‘evidence’ and the two were questioned for a couple of hours before Sarkar was let off. However, he agreed that he had lost his cool in front of the police, telling Sarkar that he was lucky he wasn’t able to record the full conversation as it would have landed him behind bars.

Gour, a first-year BCom dropout came to Mumbai 10 year ago from Bhopal with dreams of being a Bollywood actor. He said he has been associated with Uber for two-and-a-half years. His father is a retired government employee in Bhopal.

On Friday, Uber called Gour to its office to record his statement. Asked what action it plans to take against him, the company said it is following procedure just like in any other case. “We limit access of the driver [to the app] for a period of 48 to 72 hours while we investigate. This is for the safety of other riders too,” said an Uber spokesperson. Gour claimed that the company told him he would be reinstated after 72 hours, once its internal investigation was completed.

Meanwhile, Uber sent Sarkar the following message: “We have temporarily restricted the driver’s access to the Uber app while the investigation is ongoing. Your safety is something we take seriously and we would not want you to pay for the inconvenience caused. Hence we are refunding the charges for this trip.” A representative from Uber’s response team also apologised to Sarkar and said, “This is definitely not the kind of Uber experience we would like any of our riders to have. We take this very seriously.”