In an obnoxious step, the Indira Gandhi Institute of Medical Sciences in Patna, has asked their

women candidates “if they are virgins” in a marriage declaration form. Out of three such

bizarre declarations, one reads as: “That I am bachelor/widower/virgin.” Are you a virgin? IGIMS Patna would like to know. (Source: ANI/Twitter)

Indian forms seem to be getting weirder day by day, and there seems to be little scope of improvement in any area. While filling a form for registration has always been quite dull and draggy, can you imagine it getting downright invasive and preposterous? In an obnoxious step, the Indira Gandhi Institute of Medical Sciences (IGIMS) in Patna, has asked their candidates “if they are virgins” in a marriage declaration form. Shocked?

The absurdity of the case doesn’t end there. The form, which is said to be applicable for hospital employees and freshly recruited doctors and nursing staffs, also asks employees the “number of wives” they have. Out of three such bizarre declarations, one reads as: “That I am bachelor/widower/virgin,” and another one goes, “That I am married and have more than one wife.”

Take a look at the form here. 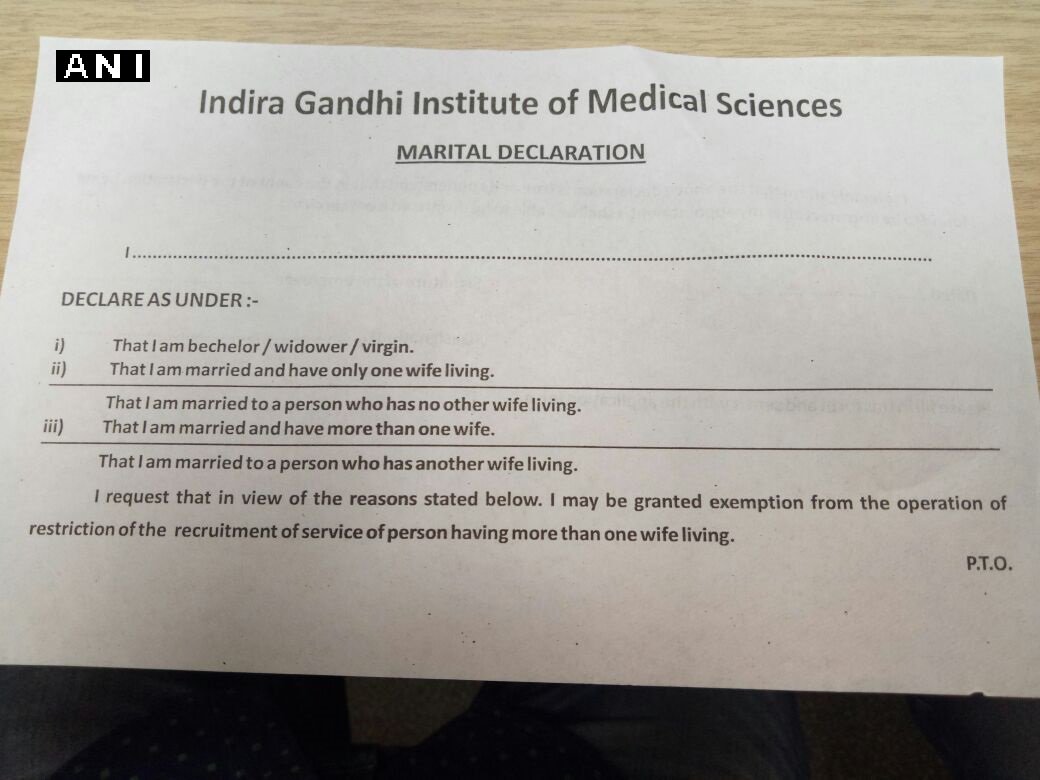 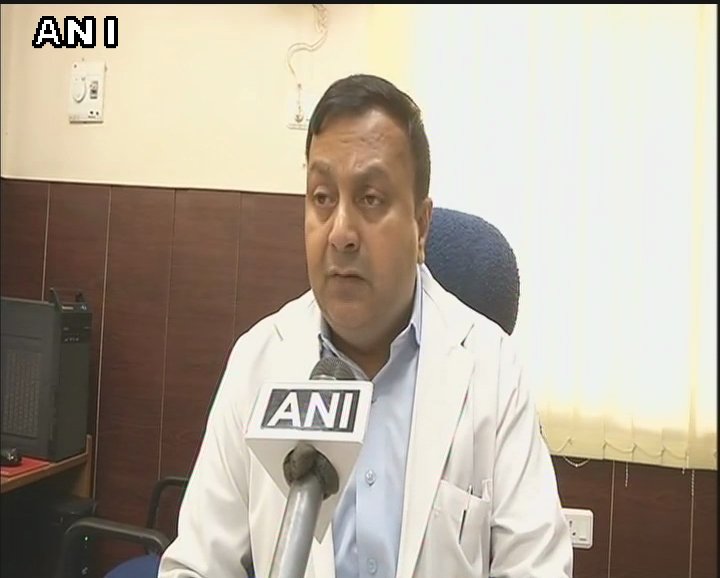 When probed further, he said, “Virgin doesn’t have anything to do with virginity but marital status. If a person joins in&then dies who would be claimant?”

Virgin doesn’t have anything to do with virginity but marital status. If a person joins in&then dies who would be claimant?: Manish Mandal

“Rules are made by the government and the Constitution. If they change the word, we will change it too,” Mandal added.

Virgin doesn’t have anything to do with virginity but marital status. If a person joins in&then dies who would be claimant?: Manish Mandal

Rules are made by govt&Constitution. If they change the word, we will change it too: Manish Mandal, Medical Superintendent, IGIMS

No sooner did this piece of information get out, social media has been buzzing with sarcastic jokes and angry reactions. Take a look at some tweets here.

Right..but who is so poor at English is the moot point..A Medical Institution..!!

The clerk who drafted this form. We still have such silly forms askin ques like, mothers name, mothers gender, etc.

Why would you want to know if your employee is a virgin or not??

Speaking to India Today, the Deputy Medical Superintendent, Dr Manish Mandal said that the marriage declaration form with the contentious questions have been in practice ever since the institute was established in 1984.

“Everyone has to fill this form which is part of Central Services Rules and this form is similar to what AIIMS in Delhi uses. If the Centre or AIIMS changes the format of the form in the future, we will also change it. This is not a new form and has been in practice since 1984 when IGIMS was established”, said Mandal.

Elaborating on the need to extract personal details like one’s virginity, Dr Mandal said that the questions have been asked in order to avert any kind of wrong doing.

“In the Central Services Rules there is a provision that when a person joins the service and later on if she dies because of any eventuality, there may be a claimant or boy friend who may come to seek job in place of the victim”, said Dr Mandal .

However, Dr Mandal admitted that the use of word virginity was incorrect.

“Essentially what is being asked in the form is whether a person is married or unmarried?  Personally I feel the word used should have been unmarried instead of virgin. That would have been sober but what is there in the rules have to be followed,” said Dr Mandal.

Earlier too, IGIMS had been in news for all the wrong reasons. The university had allegedly refused to provide an ambulance to the parents of a child, who died battling cancer. After which, the father had to carry the dead body of his five-year-old son on his shoulder.

India near the bottom of the global heap on social spending
Damaged Turbo-Generator At Koodankulam Nuclear Power Plant, Overhauled Before Grid Connection?
The Talwar Amendment
Jailed former Goa Minister and MLA, Mickky Pacheco, is being protected by the state