In a First, an Indian Lawyer, Indira Jaising Among Fortune’s World’s Greatest Leaders 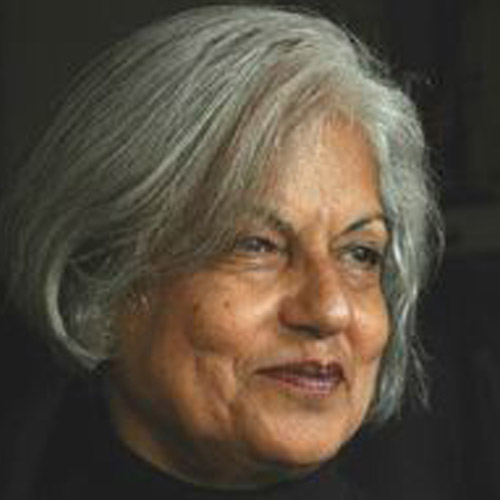 Senior advocate Indira Jaising has been named by Fortune magazine as one of the World’s 50 greatest leaders of 2018. The list was released on Thursday.

This is for the first time ever that an Indian Lawyer has featured on this list.

The former Solicitor General of India recently faced flak when the Supreme Court questioned their remarks against her submissions in the Judge Loya case.

When asked the human rights lawyer, Jaising, about the feeling, she expressed, “This comes on a day when the Supreme Court says I am guilty of contempt for arguing that contempt action should be taken against the administrative committee of the High Court for having transferred the CBI judge hearing the Loya case in violation of the direction of the Supreme Court , I stand by my submissions in court , I respect decisions of the Supreme Court more than they respect their own decisions,” LiveLawreported.

Jaising is the founder of Lawyers Collective. Writing about her, Fortune stated, “When the poorest in India need a voice, they find one in Jaising, a lawyer who has dedicated her life to battling injustice.”

Ranked No.20, she has fought on behalf of victims of the 1984 Bhopal gas disaster, helped Syrian Christian women in India win property rights equal to their male counterparts’, and helped draft India’s first domestic violence law, it said.

It also added, “Her work has recently led her to Myanmar, where she was appointed by the UN to lead an investigation into the persecution of Rohingya Muslims.”

This year’s list is topped by ‘The Students’ of Marjory Stoneman Douglas and other schools of US that witnessed gun violence. Ranking Doshi at No.43, Fortune said he is the winner of this year’s Pritzker Prize, architecture’s highest honour. Doshi has spent the bulk of his 70-year career championing accessible housing, earning the moniker ‘the architect for the poor’. “His designs include the Aranya low-cost housing project in Indore, a labyrinth of homes and courtyards that provide around 80,000 residents with a balance of open spaces and communal living, and the mixed-income Life Insurance Corporation Housing in Ahmedabad, where several generations of a family can occupy levels of the same building. Underlying all his work is the ideal that all economic classes deserve good housing,” it said.