In A First, This Opposition Politician Is Actually Trying To Stop The Modi Govt From Snooping On Your Social Feeds 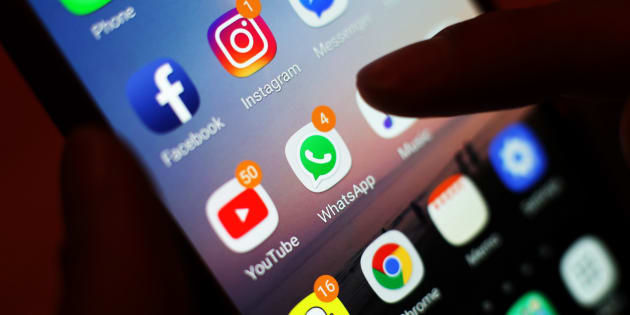 Earlier this month, the Modi government put out a tender for a tool to monitor every thing that citizens are saying about the establishment online — ostensibly to understand the sentiments of the people on social media.

Now, the legal challenge to this intrusive snooping is shaping up as well. Mahua Moitra, a former investment banker who is now a Trinamool Congress MLA from Karimpur in West Bengal, has filed a Public Interest Litigation against the proposed Social Media Communications Hub, making her one of handful of politicians to speak up about the dangers that this kind of untrammelled surveillance poses to us all.

“We’ve just filed a writ in the Supreme Court alleging the violation of the Freedom of Speech and Expression, the Right to Privacy, and the violation of Article 14 of the Constitution,” Moitra’s advocate Nizam Pasha told HuffPost. “If you look at the scope of work, the plan is to create 360-degree profiles of people making a buzz,” Pasha added. “It calls for an interactive interface to spread nationalism. These are areas of great concern, because the language is very vague, and could easily be misused to target the opposition, and curb dissent.”

The implications of a tool that allows the government to monitor every single Facebook post, tweet, or stupid joke that you’ve put up over the years, are clear: particularly at a time when scores of people are routinely arrested for making fun of Prime Minister Modi in their private Whatsapp groups.

The Ministry of Information has put up a Request For Proposals (RFP) to hire an agency for the creation of a “Social Media Communication Hub” through which it can create “360 degree profiles” and gather “personal data from social media and emails”.

To make this possible, it will fork out a budget of Rs 42 crores to hire people in all 716 districts to monitor social media accounts. According to the tender request, the solution should be able to monitor a wide variety of sources, including Twitter, YouTube, Instagram, and blogs, and also interestingly, to be able to listen to email, though what that means is not made clear. Unlike all the other accounts above, emails are not public, and how these would be accessed is not clear.

Pasha said there are no laws backing the creation of this kind of a surveillance hub, as it impinges on free speech.

“If someone knows they are being monitored, they cannot speak freely, this is a restriction,” said Pasha. “Only some limited restrictions on speech are allowed. Because of this, we wished to bring up the matter in the Supreme Court urgently, before anyone could be selected for the tender, but the court decided that it will hear the matter after the vacation, which will be from July 2 onwards.”

Although a few other politicians have spoken out against the social media hub, none have gone as far as to actually do anything about it.

“They will misuse this tool to shape the narrative, influence the voters, to adopt unethical and unfair means to grab democracy rather than earn the trust,” Congress spokesperson Jaiveer Shergill said in May.

DMK Working President MK Stalin tweeted that the government’s plan “raises serious issues of illegal surveillance and marks the beginning of a totalitarian regime”. He urged the Centre to “stop all such unconstitutional endeavours”.

Moitra too has filed the petition as an individual, rather than as a representative of the TMC.

“Please judge the petition on its merits, I don’t want to make this about myself in the press,” Moitra said. “This is an important issue, please focus on that.”

The last date for this RFP was earlier May 31, but it was extended to June 18. The RFP has earlier floated in the past too – in 2017, and in 2016, the government had already shared plans to track social media – as an “early warning signal for possible flashpoints”.

When the Union Budget was released earlier this year, the I&B Ministry under Smriti Irani carried out social media analysis with a team of six people to track people’s reactions as the budget was read out.

Free speech activists are worried about how such a system could be misused. The Internet Freedom Foundation, a non-profit that advocates a free and open Internet, has sent a legal notice to the Ministry of Information and Broadcasting, asking for this tender to be cancelled.

Privacy experts caution that monitoring tools like the Social Media Communication Hub are part of a broader shift towards the continuos surverillance of the citizenry.

“In China, a Social Credit Scheme builds off capacity for mass surveillance and uses big data analysis. It relies on detailed profiles of all its residents which are aggregated, analysed and stored on multiple data points.” notes Apar Gupta, co-founder and volunteer at IFF.

“It is not out of place to remember that China also heavily censors its Internet. Reading the tender document one feels it comes from a heavy inspiration of the Chinese model,” Gupta said in an interview. “Thankfully we have constitutional text and culture to protect us. Specifically, the Social Media Communication Hub is contrary to our fundamental rights to privacy and free expression. It is an insult to the nine-judge bench judgement that unanimously reaffirmed our fundamental right to privacy. We hope that the tender is recalled and cancelled failing which the Ministry of Information and Broadcasting will imperil the aspiration of a digital India, converting it into a digital panopticon.”

China’s social credit scheme promises to “allow the trustworthy to roam everywhere under heaven while making it hard for the discredited to take a single step.”

You can lose points for traffic violations, or gain points by committing heroic acts that earn you an award. It becomes an extra document that people need to prove they are allowed to take loans to buy a house, for example, while others have talked about being unable to buy plane tickets even during emergencies.

India’s Social Media Communication Hub may appear benign at first, but once such tools are in place, it is trivially easy to implement a system that can identify “anti-national” people online, and encourage them to be more “positive” instead.