In Defence of Harsh Mander: Open Letter to the Media by retired civil servants 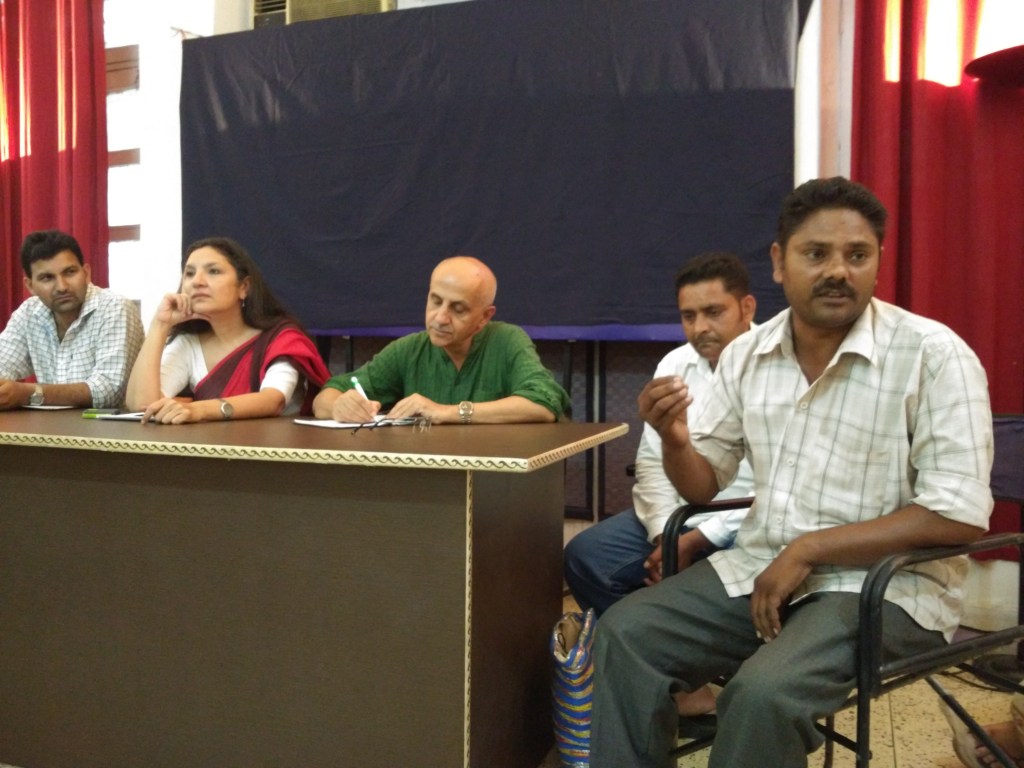 We are a group of retired civil servants belonging to the All-India and Central Services from all over India. As a group, we do not subscribe to any particular political ideology but rather, focus upon issues that have a bearing upon the Indian Constitution.. We have been holding Conclaves and writing Open Letters on matters of concern since we came together as the Constitutional Conduct Group in May 2017..

2. We write this letter to bring to the notice of the general public how the Solicitor General (SG) of India has sought to mislead the Honorable Supreme Court (SC) in the matter of Harsh Mander’s speech at Jamia Millia Islamia on December 16, 2019. (Disclosure: Harsh Mander is a member of the group but has played no part in issue of this letter.) The background is that Harsh Mander, as a public-spirited citizen of India, had filed a petition before the Honourable Supreme Court in connection with the registering of F.I.R.s against certain political leaders for using hate speech and inciting violence that resulted in the deaths of more than 50 people in Delhi. On March 4, instead of responding to the contents of his petition, one of the highest law officers of the land alleged that Harsh Mander had made derogatory statements about the Supreme Court. When this was denied by Mander’s advocate, the SG was asked by the bench to file an affidavit.

3. It seems that after an affidavit was filed by the Deputy Commissioner of Police to the effect that Harsh Mander had not only instigated violence but also been seriously contemptuous of the SC, the SC decided not to hear Harsh Mander’s case until the matter of his allegedly “derogatory remarks” was looked into. A link was provided to the video in the affidavit and a prayer was made to dismiss his petition and file charges of contempt against him. We understand, however, that the full video of the speech was not presented before the Court.

4. We feel that had the full video been presented, it would have clearly brought out the falsehood of the allegations that he had incited violence in any manner or been contemptuous of the SC.. It is apparent that the video-recording submitted by the SG and the police was an edited version comprising selectively chosen excerpts from the recording, which had been clipped in places so as to convey the impression that Harsh Mander had both instigated violence and committed contempt of the SC. We strongly feel that the speech has to be read in context, in sequence and in full to appreciate its message.

5. When the speech is so read, it becomes apparent that Harsh Mander meant that the fight would ultimately be decided in people’s hearts and not in any other forum. The following paragraph makes it abundantly clear:

6. “What will be the future of this country – you all are the youth – what sort of country do you want to leave for your kids – where will this decision happen? One, it will happen on the streets, we have come out on the streets, but even beyond the streets, there is another place where this decision will take place. Which is the place in which this fight will eventually be decided? That is in our hearts, in my heart, in your heart, we have to give a response – if they want to fill our hearts with hate, if we respond with hate, hatred will become deeper”

7. Harsh Mander further said: “If someone is attempting to bring darkness to the country, and we also do the same in order to fight, then the darkness will only become more severe. If there is darkness, then the only way that can be fought is by lighting a lamp. And if there is a huge storm, we will light a lamp against the darkness. The only answer we have to their hate is love. They will resort to violence, they will instigate us to indulge in violence but we will never carry out any violence. You must understand that it is their plan to instigate you towards violence so that when we commit 2% violence, they respond with 100%. We have learnt from Gandhi ji how to respond to violence and injustice. We will fight with non-violence. Anyone who instigates you toward violence or hatred, they are not your friends.”

8. By what stretch of the imagination can such words be construed as being inciteful of violence when they refer to Mahatma Gandhi, father of the nation, who left us a priceless legacy of non-violence, truth-telling and compassion? By what inversion of meaning, by what distortion of facts and by what supreme disregard for the plain truth do the Solicitor General of India and the Deputy Commissioner of Police seek to mislead the Supreme Court of India?

9. In our considered and collective opinion, there is a good case for filing a suit for defamation against both worthy gentlemen but that is a decision for the person defamed to take.