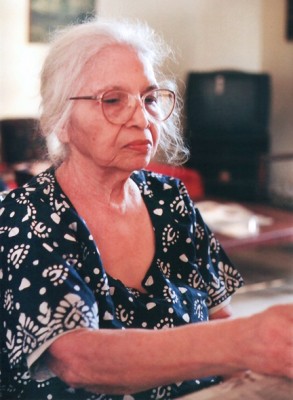 Renowned anthropologist and feminist scholar Leela Dube passed away at her residence in Delhi on 20 th May. She was 89. Fondly called Leeladee, Prof. Dube was one of the pioneers of feminist scholarship in India

A well known figure in Indian Sociological Society in the 70s, Leeladee was responsible for introducing women’s studies concerns in mainstream sociology. She played a crucial role in the 1984 World Sociological Congress in which women activists and women’s studies scholars played a dominant role through the Research Committee Women in Society (RC 32). Leeladee chaired a panel on “Declining Sex Ratio in India”, in which Dr. Ilina Sen gave a historical overview of deficit of women in India throughout history of Census of India. Prof. Vina Mazumdar passionately spoke on the finding of towards Equality Report and I spoke on “Sex Selective Abortions-An Abuse of Scientific Techniques of Amniocentesis”.

Leeladee summed up the session with her insightful comments on the tradition of son preference in India. Her greatness lay in synthesizing complex concerns and providing an analytical framework in a lucid and convincing way. In a debate on sex selective abortions carried out in EPW during 1982-1986, her contribution was immense and her predictions about direct relationship of deficit of women and increased violence against women has proved to be true in the subsequent years.

Due to team efforts of women’s studies scholars like Prof. Leela Dube, RC 32 got institutionalized in World Sociological Congress. She invited many activists for the 12thInternational Congress of Anthropological and Ethnological Sciences, Zagreb, erstwhile Yugoslavia, in 1988 to present paper on “Codification of Customary Laws into Family Laws in Asia”. In the Congress, Leedadee’s speech on feminist anthropologist Eleanor Leacock provided new insights into departure of the feminist anthropologists from its colonial legacy of “Big brother watching you”. The power relations between the North and the South in construction of knowledge and the hegemonic presence of ETICapproach in academics were questioned by Leacock as well as Leeladee who propagated “dialogical approach” in anthropological and ethnographic research.

I respected her from a distance. I was too awe-struck to go close to her but always appreciated her sharp, witty comments during academic sessions and tea and lunch breaks at innumerable seminars, workshops and at Indian Association of Women’s Studies Conferences held every two years. She was appreciative of our campaign against sex selection. During 1981 and 1991, I got to listen to her speeches, deliberations and arguments as I used to be one of the rapporteurs in most of the programmes in women’s studies held in Mumbai and Delhi. 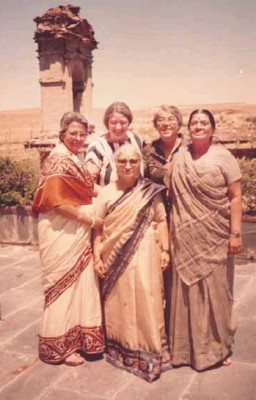 Each time I heard her, I got more motivated to read her papers and later on her books. Her work on Lakshadweep island’s matrilineal Muslim community-Matriliny and Islam: Religion and society in the Laccadives (1969)- was an eye-opener so was her deconstruction of polyandry in Himalayan tribes in the context of women’s workload of collection of fuel, fodder, water, looking after livestock and kitchen gardening in mountainous terrain, resulting into high maternal mortality and adverse sex ratio. She showed interconnections between factors responsible for social construction of women’s sexuality, fertility and labour, rooted in the political economy.

Her highly celebrated book Anthropological Explorations in Gender: Intersecting Fields(2001) is a landmark contribution in feminist anthropology in India. It examines gender, kinship and culture by sourcing a variety of distinct and unconventional materials such as folk tales, folk songs, proverbs, legends, myths to construct ethnographic profile of feminist thoughts. She provides a nuanced understanding on socialization of girl child in a patriarchal family, “seed and soil” theory propagated by Hindu scriptures and epics symbolizing domination-subordination power relationship between men and women.

Her meticulously researched piece ‘On the Construction of Gender: Hindu Girls in Patrilineal India‘ in the Economic and Political Weekly (1988), was used by women’s groups for study circles and training programmes. The volume Women, Work, and Family (1990) in the series on Women and Households, Structures and Strategies, co-edited by Leela Dube and Rajni Palriwala was extremely useful in teaching women’s studies in Economics, Sociology, Geography, Social Work and Governance courses. Her book, Women and Kinship: Comparative Perspectives on Gender in South and South-East Asia (1997) argued that kinship systems provide an important context in which gender relations are located in personal and public arena.

The co-edited volume Visibility and Power: Essays on Women in Society and Development by Leela Dube, Eleanor Leacock and Shirley Ardener (OUP 1986) provided international perspective on the anthropology of women in the context of socio-political setting of India, Iran, Malaysia, Brazil, and Yugoslavia.

After Prof. Iravati Karve, Prof. Leela Dube was the only scholar who made a path-breaking contribution in anthropology with gender sensitivity in India. Leeladee made a mammoth contribution in bringing academic credibility to women’s studies through her scholarly endeavours.

Vibhuti Patel is active in the women’s movement in India since 1972 and currently teaching at SNDT women’s University, Mumbai.

Adivasis in Odisha intimidated, abducted and wrongfully incarcerated at the behest of mining gian...
India - Law And Injustice - Draconian Laws #TADA #POTA #UAPA
The saddest thing in the world is not poverty; it's loss of dignity
Hindu Rashtra: Is it good for Hindus?