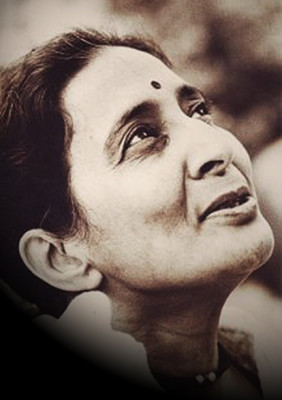 After a lifetime of commitment towards women’s liberation and progressive and secular values, Sudha Varde has left behind a legacy of socialist and humanist ethos

By Vibhuti Patel
Sudhatai Varde was extremely lively, cheerful person with the dream of an egalitarian society in her eyes. She was forthright, upfront and dedicated to the cause of women’s liberation. She passed away on 9th April, 2014 at the age of 84.

Right from her childhood she had a great fascination for dancing. She used this talent for her social cause as a volunteer for Rashtra Seva Dal (RSD) which she joined as a teenager. She was involved in freedom movement through the RSD. She met her soul- mate Shri. Sadanand Varde who was also a mainstay of RSD and in due course she married him. Both of them were gracious and full of life and remained active workers in the social movement as patriotic socialists.

In the post-independence period, Sudhatai played pivotal role in the development of Cultural wing of RSD. She also encouraged her daughter Jelum to be a classical dancer. She shared a beautiful relationship with her daughter and always talked highly of her.

Women’s Movement
Sudhatai was closely associated with Mrinaltai Gore, Kamaltai Desai and Pramilatai Dandwate. Sudhatai’s involvement in women’s movement began with anti price-rise struggles in the early 1970s. She participated in the ant-rape campaign in 1980. Her residence in Mumbai was initially an office of Mahila Daxata Samiti (MDS). She was part of several agitations including the Anti-dowry agitations (1981), Brides are not for burning campaign, Parityakta Mukti Morcha (Deserted Women’s Liberation Front) and solidarity for textile strike (1982). In a campaign against dowry harassment, I remember Sudhatai shouting slogans against murderers of Manjushree Sarda and Vibha Shukla when we had protest demonstrations within Bombay High Court in 1988. She was a sympathiser of Swadhar that provided support to women in social distress.

After communal riots in Bhivandi in 1984, women’s organisations such as NFIW, AIDWA, MDS, SMS, Women’s Centre, Forum Against Oppression of Women formed Committee Against Religious Fanaticism. Sudahtai was actively involved in the same. In 1987, she was with feminists to protest against emergence of sati temples in Mumbai and re-naming of road in suburban Mumbai as Maha Sati Road. As a representative of MDS she took an active interest in the Forum Against Sex Determination and Sex Selection. She attended study circles on technical issues such as the implication of hormone based injectable contraceptives on women lives before joining the agitation against it. She was a supporter of Narmada Bachao Andolan.

During 1991 as a Director (I/C) of Research Centre for Women’s Studies, SNDT, Mumbai for a brief period, I had to organize a National Round Table on Women in Decision Making, I requested Sudhatai to present a status paper on Women in Decision Making in Western India. She was so overwhelmed with emotion and said, “It is so rewarding to feel that you, younger lot of firebrand feminists see value in our thinking!!” To prepare her paper, she frequently visited RCWS Documentation Centre and went through’ all the reports, resolutions, books concerning the subject and made a brilliant presentation at the Round Table.

She was shaken by Mumbai riots in 1992 and in a meeting organized by Stree Mukti Sangahtan at Bhupesh Gupta Hall, she asked, “Where did my generation go wrong? How do you explain children of secular generation are turning out to be religious fanatics?” She made a resolve to focus more on Seva Dal’s activities with children to change their mindset towards humanism.

In 1993, Both Sudhatai and Sadanandji founded Aple Ghar to care for orphans after the earthquake in Latur.

Sudhatai’s inspiring and charming persona and her contribution to women’s movement will have a lasting imprint on the glorious HERSTORY of women’s liberation movement in Maharashtra. Hers was a life lived for her commitment for progressive and secular values and socialist and humanist ethos.

Stop Fake Encounter Killings in Name of Maoism
Indian and International Organisations Condemn The Unjust Arrest of Activist Dayamani Barla
Ambedkar and Periyar on the same page
Farmers Human Rights - U. N Declaration on the rights of small-scale farmers