In memoriam: The People’s Advocate, Justice P B Sawant 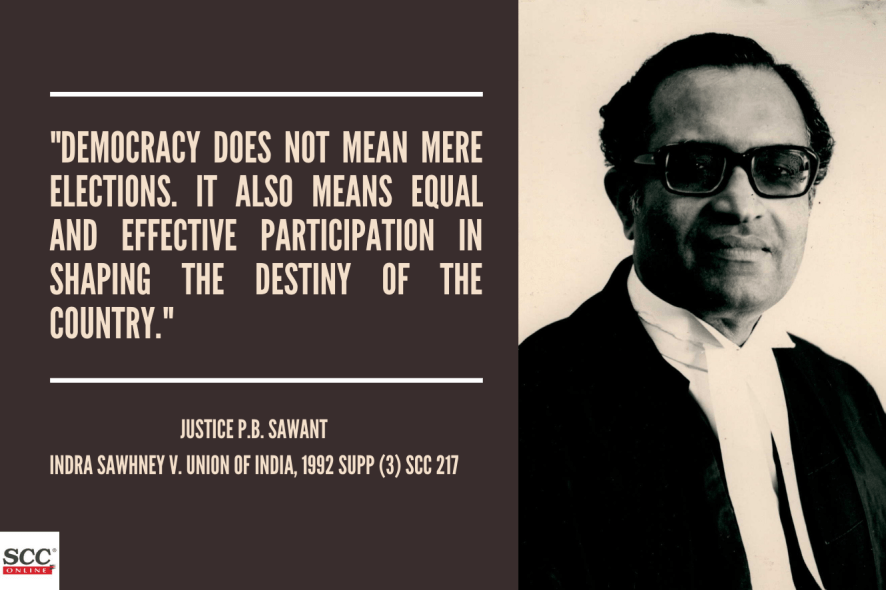 Former Supreme Court judge, Justice P.B. Sawant, a champion of the rights of the poor and oppressed, passed away at the age of 90 in Pune on February 15, 2021.

Born on 30th June, 1930, Justice PB Sawant completed B.A. (Special) Hons. in Economics and LL.B. from Bombay University and started practicing as an advocate in Bombay High Court and Supreme Court of India from 1957. He dealt with cases on vast number of laws like Civil, Criminal, Industrial, Service Election, Constitutional, etc. He was also office bearer and Legal adviser of several Trade Unions and Social and Educational Institutions.

Before becoming a Bombay High Court judge in 1973, Justice PB Sawant also served as a Lecturer in New Law College, Bombay in 1965-66 where he taught Private International Law and Constitutional Law. Elevated to the Bench of the Supreme Court of India with effect from 6th October, 1989, Justice PB Sawant retired on 29th June, 1995.

♦Did you know? Justice PB Sawant served as a High Court judge for over 16 years before being elevated as a Supreme Court Judge. [1]

Here are some his notable quotes: