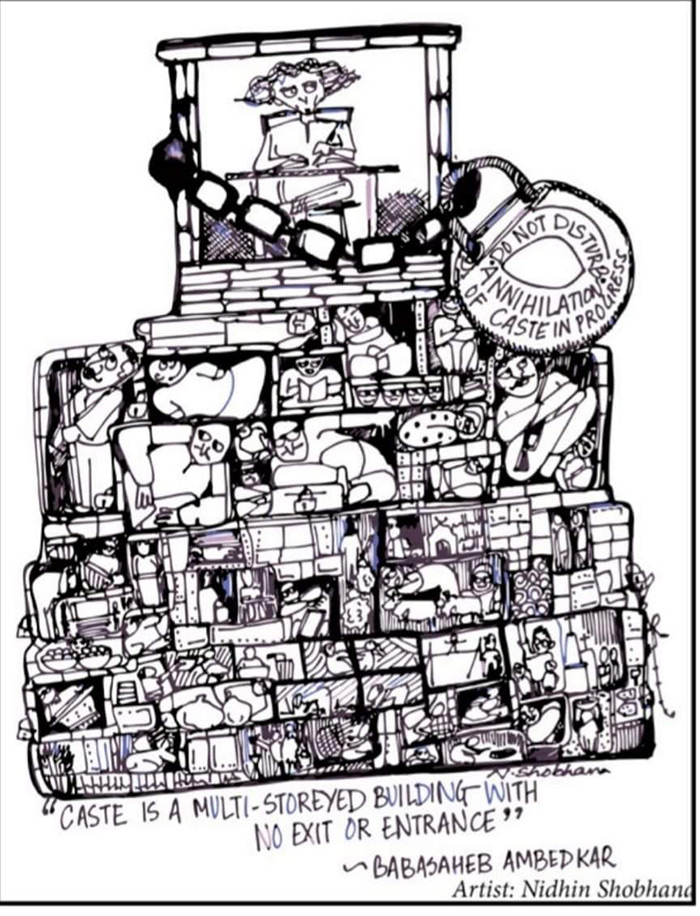 This caste-based antagonism is a continuum of the long standing feud between Dalits and Vanniyar communities, which are politically represented by the Viduthalai Chiruthaikal Katchi (VCK) and Pattalli Makkal Katchi (PMK) respectively

In pockets of Villupuram district, caste politics and caste prejudice is so entrenched that Dalits aren’t welcome to campaign in localities dominated by other castes.

This caste-based antagonism is a continuum of the long standing feud between Dalits and Vanniyar communities, which are politically represented by the Viduthalai Chiruthaikal Katchi (VCK) and Pattalli Makkal Katchi (PMK) respectively. The VCK is in alliance with the principal Opposition Dravida Munnetra Kazhagam (DMK), while PMK is with the ruling All India Anna Dravida Munnetra Kazhagam (AIADMK).

Villupuram, in northern Tamil Nadu, has six assembly segments. It has been a hotbed of caste tensions and seen violent clashes in the past between the Vanniyars and Dalits. Almost each house here bears a painting of the rising sun, two leaves and mango — the symbols of the DMK, AIADMK and PMK respectively.

The politics of exclusion

An eyewitness, who did not wish to be named, said that women who were doing an aarti — a tradition to welcome a person and often performed during elections for candidates — had communicated to the DMK that while the candidate can enter their village to campaign, they did not wish to see VCK flags or their partymen to enter.

“Lakshmanan felt cornered and the cadre who had accompanied him on their bikes turned around. VCK flags were removed from their party campaign vehicle and only then did they enter,” the eyewitness said. “We have been hearing of such incidents in several villages this election but no one talks of it openly.”

Lakshmanan denied the incident took place but said that VCK usually sticks to their areas. However, confirming the incident, a Villupuram DMK functionary said, on the condition of anonymity, that there has been talk among the Vanniyars and other castes that they don’t wish to have “SCs”campaigning. Here, local people refer to Dalits as SCs (schedule caste) and places where they live as “colonies”.

“Unless the candidate is from VCK, there is a discussion as to why SCs should come here and ask for our votes. Supporters of DMK will still vote for the party but they don’t want VCK asking for those votes even when they are in alliance,” he said.

Lakshmanan, a former AIADMK MP who later joined the DMK, faces AIADMK heavyweight— sitting MLA and law minister C Ve Shunmugam. Both belong to the Vanniyar community. Lakshmanan, an orthopedic doctor and established politician, is a familiar figure among the people and is banking on splitting the Vanniyar votes in his favour and consolidating Dalit votes with the support of VCK.

In another incident, on Saturday, when DMK candidate N Pugazhendi campaigned in the Vikravandi assembly constituency in the district, the VCK cadre kept to the main roads. Further down in the district, in Salai town, a Vanniyar pocket, the locals said that the VCK cadre waited “outside” while the campaign was on-going inside.

The persistence of discrimination

“They know they won’t get any response here so they don’t come inside. Even if they enter, nobody will stop them or tell them to go back. It won’t become an issue like it may have erupted ten years ago. But it’s just understood,” said K Valliammai who belongs to the Vanniyar community and said she would vote for the AIADMK-led PMK alliance.

While such unspoken demarcations have existed between Dalits and Vanniyars, upper castes, too, in this belt, have also attempted to restrict the Dalits. A woman belonging to an upper caste family in Villupuram said that though their family personally didn’t have such feelings, their neighbours have been discussing the issue.

“They don’t like that several cases are being filed under the SC/ST Act. There is some fear of Dalit men approaching our girls for marriage. And just plain old caste hatred,” said the woman who belongs to the Chettiar community but didn’t wish to be named.

VCK cadres say that this happens in every election. “In 2019, we couldn’t even enter certain polling booths,” said a VCK worker who did not wish to be named. not willing to be identified. “They cut our flags and damaged our pots (election symbol).

The deepening of divisions

VCK leader and Villupuram MP D Ravikumar, denied the Mayainur incident took place but said that the party does keep away from sensitive areas. “We don’t want to enter and provoke casteist agents so we avoid such spots,” said Ravikumar.

He, however, said that the Dalit consolidation will help DMK and Lakshmanan race ahead. “Before the 2019 parliamentary polls, Shunmugam made casteist remarks against Dalits. I also received the votes from Dalits who belonged to the AIADMK,” said Ravikumar. This came in the wake of violence in March 2019 when a mob from the Vanniyar community damaged property and vehicles of a Dalit hamlet in Anathur village in Villupuram after a Dalit man and a Vanniyar woman got secretly married and left the village. For several days, there was heavy police deployment in the region.

Besides the existing divisons, the AIADMK’s decision to institute 10.5% reservation for Vanniyars by acceding to the PMK’s demand just before the model code of conduct came into effect has also further deepened the chasm, with other backward communities, including Dalits, unhappy. The reservation has been a 40-year old demand by PMK founder S Ramadoss who was born in Villupuram. He spearheaded several protests on behalf of the Vanniyar community in the 1980s, several of which turned violent, with at least 20 people losing their lives.

It is in this landscape where caste politics has been central in Tamil Nadu, old caste antagonisms and social divisions remain deeply entrenched in society, and electoral politics has resulted in tinkering of the reservations framework — empowering some but also alienating others — that the contradictions within a multi-caste alliance, such as the one led by the DMK, is coming to the fore.

Women journalists storm male bastion of journalist union in Kerala, contest and win many seats #Good...
Wartime Violence against Disabled Women Often Ignored
Modi Mask is Off - development of a Hindu Rashtra
#SundayReading - So Many ‘Strong Women’ Movies, So Few Women Writing Them…