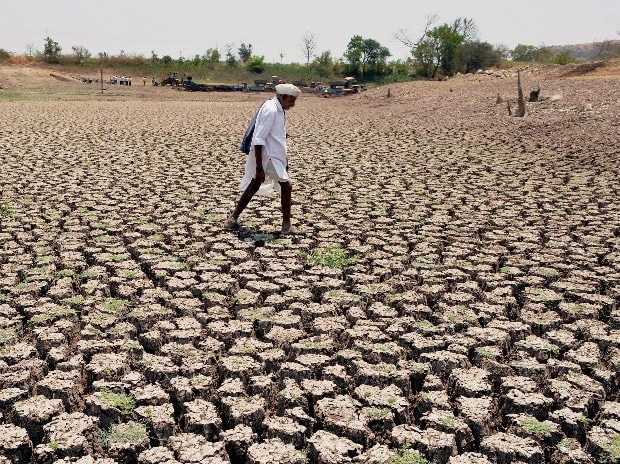 Dry Spell Adds To Woes In Hinterland
Thirty-four farmers from Marathwada have committed suicide between August 6 and 13 due to crop failure because of the prolonged dry spell.In the last 8 months, 580 cultivators have committed suicide from Marathwada.Farmers across the state have been under a lot of stress due to the prolonged dry spell. However, August has been a very difficult month for the cultivators especially in Marathwada. At the end of July , the toll stood at 531and it has gone up to 580 in just 15 days.

Nearly 200 talukas of the 355 in the state received less than 75% of the total projected rainfall this monsoon, increasing farmer woes and holding out the threat of crop failure.

Most of the affected areas are in Marathwada and Vidarbha. Parts of Amravati and Nagpur are one of the worst affected with only 21% to 25% of the total rainfall.

Officials from the relief and revenue department said that damage to the crops due to lack of rainfall and faint hopes of revival of the monsoon is the prime reason for the deaths. Kalidas Aapet of the Swabhimani Shetkari Sanghatana said that the dry spell is one reason, but one of the main reasons is the lack of adequate price for agricultural produce in the state.

“All the promises that the BJP government made before coming to power have all remained on paper,“ said Aapet. “Farmers in the state have been left to fend for themselves and that is why as the last resort they are hanging themselves,“ said Aapet.

Officials said that standing crops like soyabean, moong and tur, which are 100-day crops have not received rainfall for the last 55 days and their cycle is such that they were to be harvested by September-end.

Beed has recorded the highest number of deaths this month so far-12 deaths, followed by Nanded which recorded 9 deaths and 7 deaths in Parbhani. Water stock in Marathwada dams have also been receding gradually due to the deficient rainfall.

Agriculture minister Pandurang Fundkar has said the government was alert to the situation and directions had been issued to all collector offices to conduct field surveys after receiving complaints from farmers.