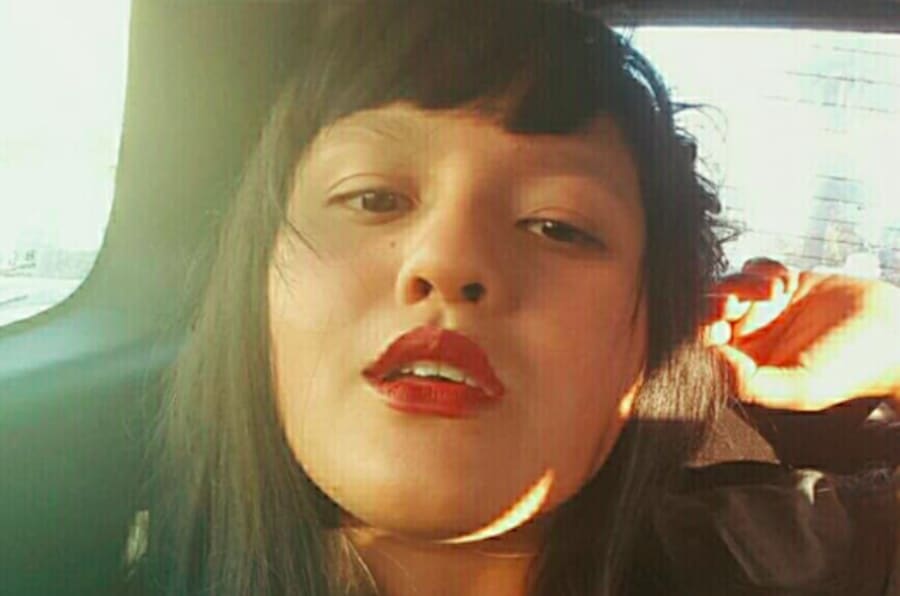 RAYA SARKAR FACEBOOK.
Exactly a year ago, Raya Sarkar published a list of names of alleged sexual harassers in academia.

KOLKATA, West Bengal — A year ago, when 24-year-old Raya Sarkar decided to publish the names of dozens of men who had been accused of sexual harassment by women in her extended social network, she was aware of the magnitude of the risk she was taking. The idea of ‘naming and shaming’ alleged harassers was not considered legitimate by a staggering number of feminists and days before her list was published, HuffPost US had to pull down an article penned by Christine Fair, where the academic had accused a former colleague of relentless harassment.

“When the article was published, I thought, ‘Wow, I am so thankful for this information. This will save so many students like me from ever approaching him and hence, avoiding the risk of harassment ourselves!’ When it was taken down, I was very angry. But I realized there are so many men in academia that I don’t know about and my friends don’t know about,” Sarkar told HuffPost India.

So, on 24 October 2017, she went ahead and published on Facebook what later came to be known as the LoSHA (list of sexual harassers in academia). Sarkar’s list, which she expanded as more women contacted her, finally had 75 names from approximately 30 colleges and universities across India, UK and the US.

In the days following LOSHA’s publication, defending it and protecting the identities of the women who reached out to her took its toll on Sarkar’s mental health. Despite having a strong support system and access to healthcare, she suffered from depression and put on 20 kilos.

Exactly a year later, scores of Indian women have bypassed ‘due process’—which refers to filing complaints through official channels—and decided to name their sexual harassers on social media, sometimes protecting their own identity, sometimes not

There have been some concrete results: several men—journalists, admen, filmmakers, artistes, actors, entrepreneurs—have been dropped from projects, sent on leave or face investigation following harassment charges made on social media.

HuffPost India reached out to 23 colleges and universities to enquire if they had taken any suo moto action or steps to address the concerns raised by Sarkar on the ‘List’. We asked them if they initiated an inquiry into the allegations or reached out to Sarkar to seek details about the harassment allegations levelled against their faculty over the year following the publication of her ‘list’.

HuffPost India also called the official numbers on the websites of institutes which had names of more than one faculty member on the ‘list’.

Twenty one out of 23 institutions did not respond to HuffPost India’s emails sent three days ago. (The article will be updated if any of the institutes respond later.)

The director of CSSS in Kolkata responded to our email regarding the harassment allegations against one of their professors. She said that the institute did not investigate the professor as there was no official complaint against him.

“Our institutional policy does not allow for suo moto cognizance of claims of harassment,” Dr Rosinka Chaudhuri told HuffPost India.

Rutuja Shinde, a Mumbai-based lawyer who has offered pro-bono help to survivors who have outed alleged harassers on social media, told HuffPost India that in the absence of a formal complaint, organisations can still conduct an independent enquiry into allegations they are aware of.

“Evidence can be gathered to corroborate the statements alleging sexual harassment. In the absence of a complainant, the opportunity given to the accused to cross-examine will not be available. He can, however, produce other evidence to defend himself,” Shinde said.

Though the list was extensively written about in Indian and foreign media and circulated widely, Sarkar said none of the institutions mentioned in the list reached out to her to enquire about the allegations against their faculty over the past year.

“I would have cooperated with them after taking the consent of the complainant, of course,” Sarkar said. In several social media posts following the publication of her ‘list’, Raya had announced she’d cooperate with any official inquiry about the nature of allegations made against the people named in the list.

Some of the men mentioned Sarkar’s list as alleged harassers were later found guilty following investigations based on formal complaints filed against them. Gopal Balakrishnan, a history professor at University of California, Santa Cruz, was found guilty of violating the university’s sexual harassment policies in an investigation conducted by authorities based on multiple complaints filed by students and colleagues. UCSC revealed their findings on 25 September this year and Balakrishnan continues to be on leave as the university decides the appropriate way to penalise him.

In March this year, Lawrence Liang, the dean of Ambedkar University, Delhi, was found guilty of sexually harassing a PhD scholar from another Delhi university and was suspended from performing administrative duties. Liang has challenged the university’s decision in the Delhi High Court.

Sadanand Menon, adjunct faculty at the Asian College of Journalism (ACJ)—also mentioned in the ‘list’—stepped down from the position after allegations of harassment were made against him. ACJ refused to take action against him since the complainant alleged that Menon had harassed her outside the college at a cultural fest headed by him. ACJ chairman Shashi Kumar told reporters in May that the institution had been targeted for being ‘liberal’.

Unhappy with the probe conducted by IIT Bhubaneshwar (mentioned in the list) against a professor accused of harassment, the complainant filed an FIR and demanded a re-investigation.

Apart from these instances of universities acting on formal complaints, there is no publicly available evidence of suo moto action taken by any of the institutions mentioned in the list yet.

“I think a key difference between what happened last year and what is happening today is that women who helped me add names to the list were fearful of retaliation on professional fronts so they chose to remain anonymous, but today, many women are overcoming this fear and making the accusations themselves,” Sarkar told HuffPost India.

“They used their own Facebook accounts to speak to me. A small number of women spoke through their friend to maintain anonymity, but I vetted their accounts through additional evidence and witness testimonies,” Sarkar added.

The new wave of #MeToo in India, Sarkar said, had normalised the notion that due process is a failure.

“It is changing the discourse on ‘witch hunts’—more people are open to rubbish the idea that women are making false allegations to fulfill a personal vendetta against a man. This moment is also, I hope, changing the notion that only direct evidence counts as credibility,” she said.

She also urged that the women who had come out a year ago to support the list and name their harassers not be forgotten.

“They were not taken seriously, they were accused of enabling my so called ‘witch hunt’,” Sarkar said.

In the formative days of the second wave of #MeToo in India over the past month, while the idea of naming and shaming people was met with some reservations, only a few spoke against it. That led to some conflicts which played out publicly on social media, but didn’t last for too long.

“If a group of women are behaving in a way that is harming to another group of women, it is very important that the grievances are addressed—that is how you pull more people to your own camp. I am against token white feminism because it harms non-white women and I’m against token savarna feminism because it harms bahujan women. It should be our priority to not let these two ideologies shape liberation movements because they liberate only a select few,” Sarkar said in response to questions about the conflict over her methods.

Women’s rights activist Kavita Krishnan had recently chastised news website The Wire for publishing a video in which journalist Vinod Dua, who has been accused of harassment by filmmaker Nishtha Jain, defended himself and mocked the #MeToo movement.

Jain first spoke about her ordeal on Facebook, following which The Wire reached out to her.

Krishnan was also known to be critical of the implications of Sarkar’s list last year. A year on, though she refused to revisit the debate over the ‘list’, Krishnan told HuffPost India that she was never against women sharing their accounts of trauma and had urged that there should be more details than just an alleged harasser’s name in the public domain.