India – #Aadhaar – A Tool For Exclusion

Aadhaar has shown how it can exclude, while there is no evidence that proves that it has actually improved the efficiency of delivering welfare services to people.

The Tribune report on how easy it is to acquire Aadhaar-related data has been the final nail in the data privacy coffin. While the validity of the unique identity project has finally come into question because of data security issues, what many seem to continue believing is that Aadhaar is necessary for welfare. This group argues that one cannot talk about destroying Aadhaar, but what is required is to put in place safeguards for data protection. However, it needs to be understood that Aadhaar is not helping welfare in any way; rather, it has become a tool for excluding genuine beneficiaries. And it is usually the poorest and the most vulnerable who are left out. 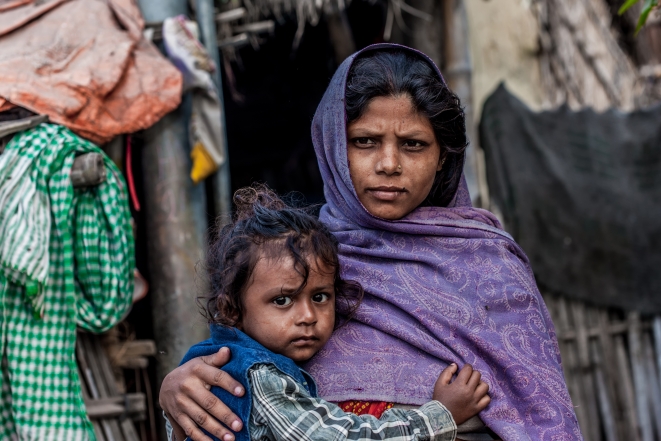 In several cases, one has seen the denial of entitlements such as pension or ration due to Aadhaar-related reasons.

A few months ago, young Santoshi in Jharkhand died hungry. One of the immediate causes for this desperate situation was that her family’s ration card was cancelled, and they did not get any rations for five months as they were unable to get an Aadhaar seeding done. This incident should have shaken the nation’s conscience and made everyone pause and reflect on whether the havoc that Aadhaar is causing to the delivery of welfare schemes is really worth it.

All that it did managed to do was make headlines for a few days with claims and counter-claims on whether Santoshi was really starving, or if she died of some other cause. Her mother was accused of bringing shame to the nation for insisting that her daughter had died of hunger; the activists who exposed the situation were alleged to have vested interests; the minister denied that Aadhaar was mandatory in the first place, and there is not much change on the ground.

Since then, four more such deaths have been reported from Jharkhand, three from Karnataka and one from Uttar Pradesh. In all these cases, amongst the various failures of the state, one has seen the denial of entitlements such as pensions or rations due to Aadhaar-related reasons. The loss of even one life should have been reason enough to abort the project, especially when there are so many well-reasoned arguments for why Aadhaar is not the solution to ensuring better delivery of welfare schemes.

Right from the beginning of the Aadhaar project in 2009, we have been told that the unique identity would assist in identifying the poor and ensuring that the benefits from state welfare programmes reach them without any leakages. From inception itself, documents of the Unique Identity Authority of India (UIDAI) betrayed ignorance of what the actual problems in schemes such as the public distribution system (PDS) are and how limited the role of Aadhaar in solving them can be. The only way in which Aadhaar can claim to help in reducing leakages is by weeding out “ghost” or duplicate beneficiaries by the use of biometric identification. But, till date, there has been no estimate by the UIDAI or the government on how many such beneficiaries exist in the first place. Such weeding out exercises have now been conducted, and the result has been the exclusions of families such as Santoshi’s or a large number of old people in Rajasthan, who were declared to be dead, or “ghosts”, and were later found to be very much alive and deserving of pensions. The actual “ghosts” are very few!

There are a number of ways in which people are getting excluded from welfare schemes because of Aadhaar.

First, there is still a small (but significant) number of people who do not have an Aadhaar number. According to the UIDAI website, Aadhaar saturation as on 31 December 2017 is 88.5 per cent. But this number is doubtful, since the saturation data is based on total Aadhaar generated divided by the total population of the country. However, the total number of Aadhaar generated also includes persons who have died, since UIDAI has no system of deleting Aadhaar. It also includes foreigners, although the exact numbers are not known. That’s why in some states, the Aadhaar saturation is in excess of 100 per cent. It is likely that the actual saturation is less than reported.

But even if one accepts the 88.5 per cent figure, in absolute terms, 11.5 per cent population without Aadhaar translates into a large number of people. There have been notifications last year, making Aadhaar mandatory for children’s schemes, while there is a large number of children who have not yet been enrolled. In response to a recent parliament question, it was stated that only 43.4 per cent of children below the age of five years have been assigned Aadhaar numbers as on 15 December 2017. Similarly, from data in response to another parliament question, it is seen that over 23 per cent of children (six to 14 years of age) availing of the mid-day meal scheme do not have an Aadhaar number.

Second, there is a category of people whose Aadhaar numbers have been suspended. As on August 2017, about 81 lakh Aadhaar numbers had been deactivated/suspended. The UIDAI has authority to suspend an Aadhaar number at any time, and the only information that will be given to the person is through SMS. A few months ago, a group of us associated with the Rethink Aadhaar movement met an old man in Delhi outside an Aadhaar enrolment centre, whose Aadhaar number had been suspended for reasons unknown to him. This had resulted in him losing access to the monthly social security pension that he was receiving from the state government — his only source of income. He had visited the enrolment centre three times, and each time was sent away to get a different documentary proof related to his address, age and so on.

Third, there are people who have Aadhaar, but with wrong details entered. For instance, on a recent field visit to Satna district in Madhya Pradesh, a few Right To Food Campaign activists met two senior citizens, clearly over 65 years of age, in one village, whose age had been entered as 40 and 45 in their Aadhaar cards. As a result, they were being denied pension.

Fourth, there are people who have an Aadhaar number, but these have not been “seeded” to the beneficiary lists of one or more of the schemes that they are entitled to. This could be because they did not have an Aadhaar when the seeding was being done, their biometrics did not get recorded accurately, there were data entry issues or some other problem. Santoshi’s was one such case.

Fifth, there are people who have an Aadhaar, their number is seeded but they are still not getting their entitlement, because of failures that happen when they try the Aadhaar-based biometric authentication (ABBA) each month. This could be because of network errors or fingerprints not matching. There is no accurate estimate on biometric-matching failures. The government has steadfastly refused to provide information on the percentage of biometric failures, but data from Andhra Pradesh for the Mahatma Gandhi National Rural Employment Guarantee Act (MGNREGA) and the public distribution system (PDS) suggests that it could be in the 15-30 per cent range. Anecdotally, however, one knows that old people and manual workers seem to be facing this problem the most. The Delhi Rozi Roti Adhikar Abhiyan has filed over 1,000 affidavits in the Delhi High Court about people who are being denied rations because of Aadhaar-related issues.

While there are so many ways in which people can be denied their entitlements because Aadhaar is mandatory, the government does not maintain any data on each of these. Therefore, there is no account of how many attempted biometric authentications are successful, the number of times there have been network problems, and so on. Yet, there are regular estimates of “savings” due to Aadhaar that various sources in the government bring out. Most of these estimates have not withstood careful scrutiny, and it seems that the assumption is that any failure to get an entitlement is a result of the beneficiary being a fraud or, even worse, a “ghost”.

In a December 2017 article in the Economic and Political Weekly, Reetika Khera shows how the claims of deletions of PDS cards have not been because of duplicates unearthed by Aadhaar; rather these were deletions of “ineligible” cards. “…All the deletions are due to ineligibility. Digitisation or Aadhaar-integration cannot eliminate eligibility fraud. Eligibility is determined by the criteria notified by states (for instance, living in a mud house, or caste status, etc). Aadhaar does not provide this information.”

It has similarly been proven that all the estimates of “savings” by the government are exaggerations with no clear indication of how these can be assumed to be because of Aadhaar. The Twitter handle @databaazi has a compilation of claims and reality on Aadhaar savings.

It is now well established that leakages in PDS happen in a number of ways that Aadhaar does not have the ability to address. Quantity fraud, where the beneficiaries are given less grain than they are entitled to, is rampant and continues despite Aadhaar authentication. Further, along with exclusion and denial, Aadhaar is also resulting in higher transaction costs pointing to inefficiency rather than efficiency. A survey in rural Jharkhand by Jean Dreze, Khera and others, found that “when ABBA works for entitled households, it comes with higher transaction costs and little protection against quantity fraud. Those who are excluded by ABBA tend to be the most vulnerable: the elderly who cannot walk, widows with young children, etc”.

There are a number of other ways of reducing corruption, and these have been well documented.

Using technology in an empowering manner (online complaint mechanisms, transparency portals, real-time monitoring), increasing local accountability (vigilance committees, social audits, public hearings), putting in place effective and decentralised grievance redressal systems have all been found to be effective. Aadhaar, on the other hand, is not designed to address the kind of leakages found in welfare schemes such as PDS, social security pensions etc.

Aadhaar has shown how it can exclude, while there is no evidence of its having improved efficiency. If governments are serious about delivering welfare services to people, then it is time we gave up on Aadhaar and learnt from the number of other positive experiences that we have had, like the PDS in Tamil Nadu or Chhattisgarh, where leakages were reduced to a negligible level even before Aadhaar existed