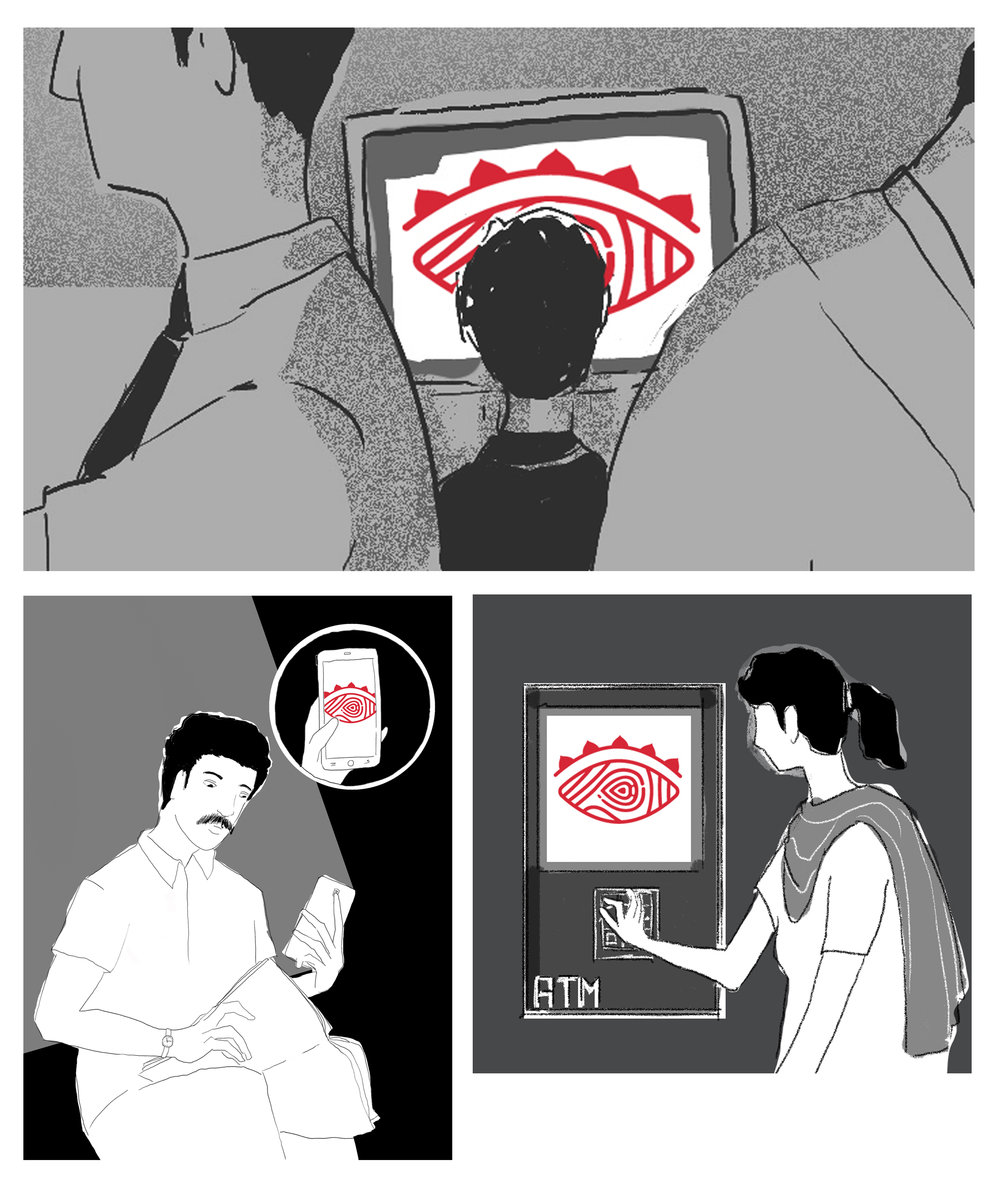 The Aadhaar project falls short in limiting biometrics collection to voluntary choice and in guaranteeing data protection
What really is Aadhaar all about? Is the machinery that supports it constitutionally sustainable? How does the creation of a central identity database affect the traditional relationship between the state and its citizens? What, in a democracy, ought to be the role of government? On Wednesday, January 17, a five-judge bench of the Supreme Court is scheduled to commence hearings on a slew of petitions that will bring these questions and more to the forefront of a constitutional battle for the ages. The verdict that the court ultimately pronounces will decisively impact the future of governance in the country. At stake is the continuing legitimacy of the social contract that the Constitution embodies.

From voluntary to coercion

The Aadhaar project (although the christening of it came later) was put in motion through an executive notification issued in January 2009, which established the Unique Identification Authority of India (UIDAI). The UIDAI’s task was to conceive a scheme that purported to identify residents using biometric information — including, but not limited to iris scans and fingerprints — and to provide to people a “unique identity number”. This, the state told us, will enable it to ensure a proper distribution of benefits and subsidies, by plugging age-old leakages in delivering welfare services. What it didn’t tell us, though, was that it had barely, if at all, conducted anything resembling a neutral analysis of the costs and gains of the project before launching it.

In any event, the UIDAI steamed ahead with enrolments, even as the government dithered in enacting legislation. As a result, a mountain of data was collected without any safeguards in place. Making things worse, a scheme that was supposedly voluntary was now proving to be anything but. Citizens were coerced into parting with private information, compelled by threats from the government. A failure to enrol, we were told, would close doors to a raft of state services. Slowly, as the list of these facilities began to expand, given that the project lacked any legislative sanction, the Supreme Court was driven to intervene. The court issued interim orders, on different occasions, clarifying that the programme had to be treated as voluntary, and that no person should be denied a service simply because he or she hadn’t enrolled themselves with the UIDAI.

In March 2016, the Union government finally introduced in the Lok Sabha, in the place of an earlier Bill which had been stuck in the logjams of parliamentary committees, a new draft legislation titled the Aadhaar (Targeted Delivery of Financial & Other Subsidies, Benefits and Services) Bill, 2016. Remarkably, however, this proposed statute was categorised by the Speaker of the House as a money Bill, meaning that it did not require the Rajya Sabha’s affirmation for it to turn into binding law.

Ultimately, as expected, the Bill came to be passed, and the Aadhaar Act came into force. This law not only retroactively legitimises the actions of the UIDAI before its enactment but also puts in place the structure that underpins the Aadhaar programme. The law itself terms enrolment with the UIDAI as voluntary, but, as we’ve since seen, the government has expanded, and continues to expand, the use of the number for a wide array of purposes. Now, before the Supreme Court, the Aadhaar Act and its various provisions stand challenged, together with the host of notifications issued by the government, which link Aadhaar to different services.

Heart of the matter
To reduce the merits of the petitions to a few issues would, no doubt, be reductive. But, ultimately, in question are four core interests: the first concerns whether the state can at all compel a person to part with his or her biometric information without securing the person’s informed consent; the second involves questions over the surveillance apparatus that the Aadhaar Act creates; the third raises questions over the level of exclusion caused by the use of Aadhaar, for example, concerns over the extent to which the programme meets its purported objectives; and the fourth questions the degree of protection offered to the data that the UIDAI collects, stores and operates. On each of these, any sensible reading of the Aadhaar Act would show us that the machinery that it has put in place flagrantly infracts fundamental rights, granting, in the process, enormously invasive powers to the state.

When a government creates a central database such as this, when it links that database with every conceivable human activity, it naturally allows itself access to the most intimate details of a person’s life. Effectively, what the Aadhaar programme tells us is this: our fingerprints don’t belong to us but to the state, that the government has an untrammelled authority to insist on expropriating our identity as a precondition for it to do its job. It ought to be clear that this vision, this basic hypothesis on which the Aadhaar Act operates, militates against the principles that lie at the foundation of any democracy. The essence of individual freedom, of the right to life that Article 21 of the Constitution guarantees, is that every person has a basic entitlement to bodily integrity, to decide for themselves how they want to lead their lives. But, how, we might wonder, can we truly be free, when the state is watching our every step?

Now, it would certainly be naive to contend that an Aadhaar-free India will also be free of surveillance. But that is not the argument that the petitioners are making. Their argument is somewhat more nuanced. It is that the Aadhaar Act, in centrally maintaining all this data, enables a form of super surveillance, permits the creation of a perfect police state, allowing the government to track every one of our activities in real-time, to trace, at any given point of time, a person’s physical location. Some might find this kind of surveillance exhilarating. But, in reality, it only emboldens the state to treat everyone one of us as criminals, to make a presumption of guilt at the grave cost of basic civil liberties.

This mechanism for surveillance is further facilitated by the Aadhaar Act’s central design, which vests in the UIDAI a conflicting dual responsibility: to act both as the custodian of all the information that it collects and to act as a regulator of the Aadhaar database. This means that any breach made to the data that is centrally amassed, unless exposed in the manner in which The Tribune recently did, will only be known to the UIDAI. It will then be for the UIDAI to decide how it wants to remedy such intrusions. As a result, when our Aadhaar data is leaked, we will be left with no recourse to an effective remedy.

Rights in the age of big data

Even more worryingly, the Aadhaar programme possesses the capacity to exclude individuals from welfare schemes, as opposed to aiding a more beneficial delivery of benefits. A number of studies conducted have already shown that biometric authentication comes with a series of fatal flaws. Given that Aadhaar is being seeded with public distribution schemes, the likelihood of people being denied basic welfare services, therefore, increases in manifold ways. The elderly and people involved in manual labour are but two groups of people whose fingerprints are difficult to record accurately, imperilling, thereby, their access to state services.

For its part, in the Supreme Court, the government will no doubt argue that Aadhaar can bring about many benefits, that it has the capacity to do good. But any policy, howsoever poorly framed, will likely bring about certain gains, some of them even unintended. The question here is ultimately one of proportionality, one of justice. In the case of the Aadhaar Act, the government’s intentions are patently clear. The aim is to create a seamless police state, which will chill our freedom and place the state in a position of rampant power. Will the Supreme Court dare to stop this?