India -#Aadhaar linkages issue to be dealt with by constitution bench, possibly next week 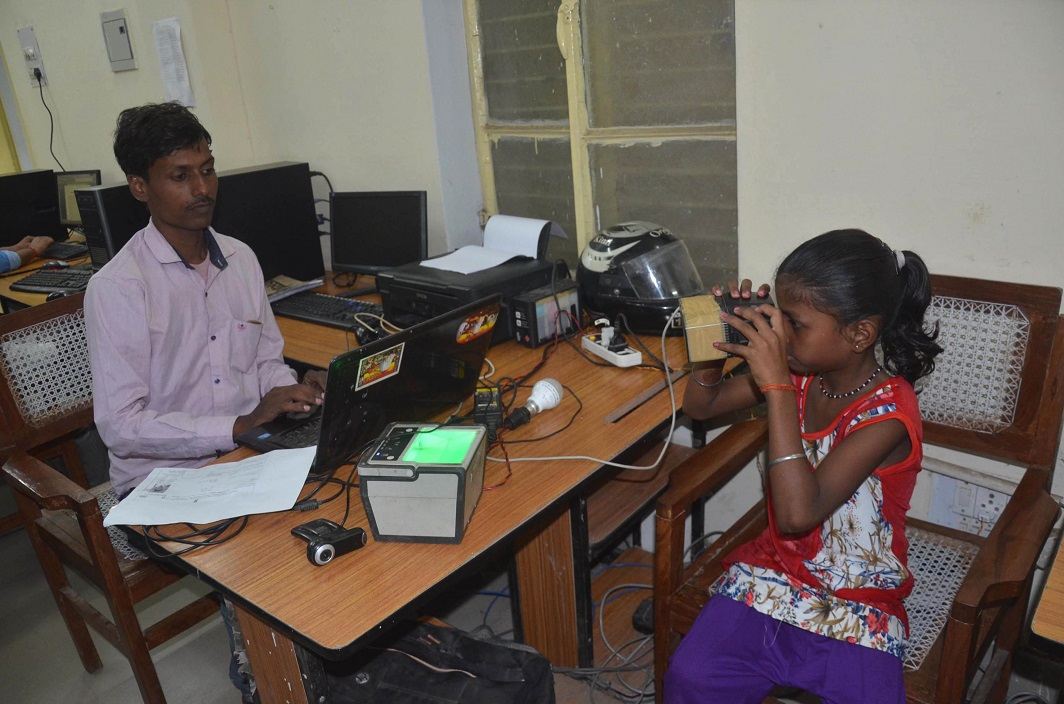 Above: A girl getting her retina scanned as she enrolls for Aadhaar, at a camp in Mirzapur (file picture). Photo: UNI

The Supreme Court has taken a serious view of the contentious linkage issue of Aadhaar with several services, including mobile telephone connections. The Court on Monday (November 27) clarified its earlier stand that while it was unwilling to grant interim relief on the mandatory linkages, it wants to take the issue up at a constitution bench to be formed for the purpose. This will be gone through next week.

There are many PILs in this regard and they are expected to be clubbed together during the hearing. While the Centre has said that it was willing to extend all deadlines to March 31, 2018, threatening text message keep arriving at subscribers’ phones regarding different linkages, announcing deadlines that the top court has not said yes to yet.

Even Justice AK Sikri admitted at the Supreme Court that he too was receiving such threatening messages. He has been reported as saying: “I don’t want to say in the presence of media people, but I also get (these) messages.”

The issue was mentioned in the morning before the Chief Justice by senior advocate Shyam Divan and Attorney General K K Venugopal. With the deadlines for all mandatory linkages approaching fast – the earliest is December 31, when all bank accounts will have to be attached with Aadhaar numbers – the top court has taken the issues up. Many of the applications are pending from 2014.

The next deadline is February 6, 2018, when all mobile phone connections are supposed to be linked to Aadhaar numbers.

At this point one constitution bench is hearing the LG-Delhi government power tussle issue. This bench is expected to conclude its hearing before the Aadhaar linkage bench is formed. In all probability, this will be taken up next week.

The dealing with the several issues connected with Aadhaar was extricated with the issue of whether the right to privacy was a Fundamental Right. That decided by the nine-judge constitution bench with a 9-0 verdict, the other issues can now be addressed in the backdrop of that judgment. Which means that if Aadhaar linkages – using biometric details of a person – are indeed found to be interfering with privacy then that would essentially be dealing with violation of a fundamental right.

This will be a critical issue, especially since a huge number of Aadhaar holders (1.8 billion at last count) will be affected and repercussions could be heavy. The Aadhaar-bank account linking deadline (December 31, as set by the Reserve Bank) is tagged to the Prevention of Money Laundering (Maintenance of Records) Second Amendment Rules, 2017, hence any flaw by the common man in this would result in a crime.

The other dangerous situation that has arisen through the Aadhaar flaws is the possibility of details of a persons’ entire electronic history being wiped out through a sudden inadvertent or deliberate deactivation of a person’s Aadhaar number as revealed in an exclusive report in India Legal’s latest issue.

What has come to light is that a small discrepancy in the form of a varied fingerprint can effectively dislocate a person from the entire basket of services, including medical, that he or she may be availing.

To this end the constitution bench hearing will be eagerly awaited.