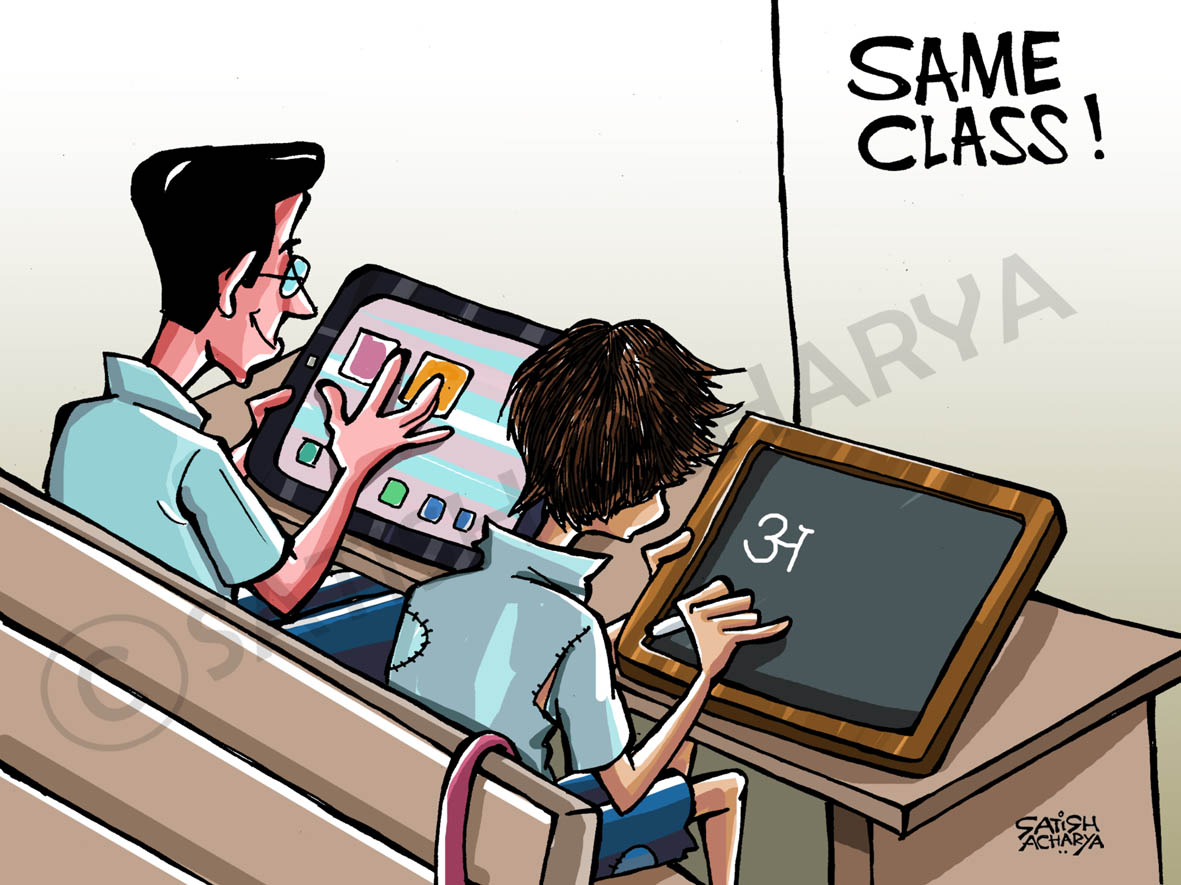 What happens when a country of the size of India has over 3 million children living on the streets? Or has over 150 million children working as bonded labourers? Or one out of every six girl child does not live to see her 15th birthday? What happens when despite having a national policy for compulsory primary education, only 50% of children have access to education? The statement “Children are the future of the nation” stops making sense, then! In fact, it sounds like an ominous prophecy. For how can we explain that even after 66 years of independence, half of India’s children are illiterate? Despite identifying primary education as a key thrust area and possessing one of the largest networks of schools in the world?
In April 2010, four years back, for the first time in history, made a promise to its children. With the Right of Children to Free and Compulsory Education coming into effect on April 1, 2010, every child was guaranteed the fundamental right to eight years of quality education — one that helps them to acquire basic literacy and numeracy, enjoy learning without fear, and feel valued and included irrespective of where they came from.

The Annual Status of Education Report { ASER }report released early this year found the quality of learning—as measured by reading, writing, and arithmetic—has either shown no improvement or actually worsened in the nine years of the United Progressive Alliance government’s rule. The survey found hat on an average, 92.3% teachers were found to be present in primary schools. However, the proportion of class V students who could not solve basic division problems of Class II level increased from 58.6% to an alarming 77.4% in the state.

The proportion of all children in Class 5 who can read a Class 2 level text has declined by almost 15 percentage points since 2005. Similarly, the portion of students in Class 8 who can do divisions has declined by almost 23 percentage points during the same period.While three out of every five students in standard 5 were able to read the text books prescribed for pupils who were three years junior in 2005, only one out of two is up to the task now.

The above results clearly show that , The ‘no-fail’ provision (Section 16), of RTE Act  is a typical example of the Act’s half-baked vision. This idea is indeed rooted in progressive educational thought which holds that “no child ever fails; rather, it is the school system that fails to educate the child”. If the school system does not know how to educate the child, it must undergo radical transformation – budgetary, curricular, pedagogical, linguistic, cultural and infrastructural – apart from reviewing its outdated assessment and evaluation norms. This is vital so that we become capable of educating children, particularly the children of the masses. However, this progressive idea can be seeded only in a progressive school system.
Similarly  the Act’s Section 29(2)(h): Comprehensive and Continuous Evaluation (CCE), which means that the teacher will conduct evaluation after she/he has completed a specific unit of syllabus. The idea is to enable the teacher to know how well she/he has taught. If there is lack of expected learning, the unit may be taught again, this time with altered pedagogy. This, too, requires infrastructural and other provisions that are also needed for the success of the ‘no-fail’ idea. Further, it also demands that the dilapidated and rapidly commercialising education system is radically overhauled. The Act has no provision for this as it will mean overhauling of higher education system as well.

Education needs to get priority status. Even after 8 years of ASER telling us that children are not learning basics of literacy and numeracy, The government policies continue to focus on outlays and inputs instead of talking about outcomes and impact.The survey, carried out in 550 rural districts of India found that even the right to education (RTE) has not helped to improve education outcomes. Instead, the Act seems to have focused on enrolment at the expense of quality.