Suresh Oraon had for years been opposing the pollution and displacement caused by coal mining in the region, even taking the matter to courts. 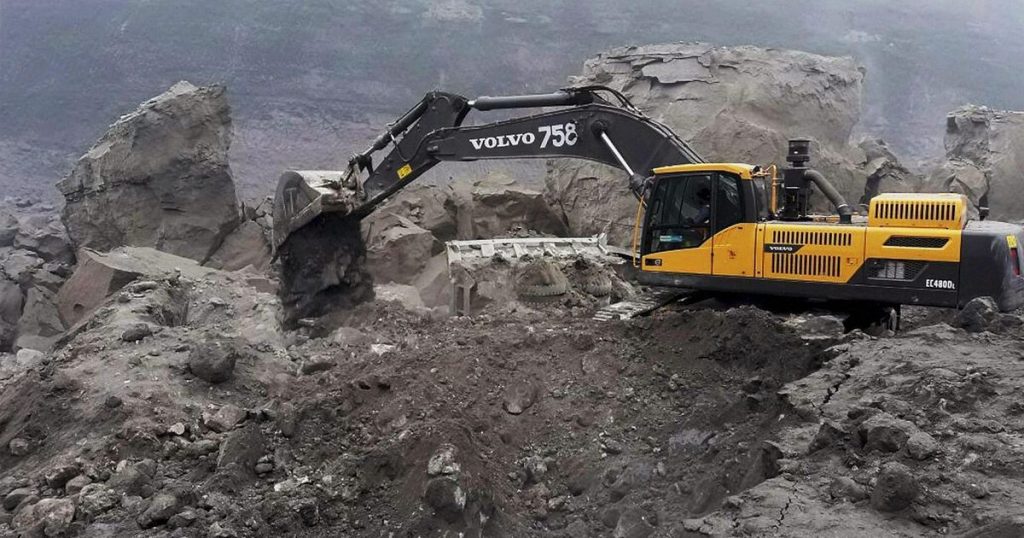 Ranchi: There may be more than meets the eyes in the ghastly murder of 27-year-old Suresh Oraon in broad daylight. Oraon, an activist in Chatra, located 140 km northwest of Ranchi in Jharkhand, was fighting against the displacement and pollution due to coal mining.

Four people, all supposedly armed with lethal weapons, pumped nine bullets into Oraon at around 10 am on Thursday, June 7, when he had gone to attend a prayer meeting of Sarna Samiti. Locals said that the assailants, who arrived on motorbikes, asked a village boy who was walking towards the venue of the prayer to inform Oraon that he has some visitors. When Oraon went to meet them, they greeted him by saying ‘Johar’ (local word for greetings) before firing nine bullets at him, killing him instantly.

“When we heard the gun shots we rushed to the spot. But by the time we reached, the criminals had sped away on their bikes,” a villager said. “The boy did not recognise the criminals, neither could we see them properly.”

Oraon had filed a writ petition in Jharkhand high court against Central Coalfields Limited on June 8, 2012, alleging that the company was polluting the Damodar River through its washeries. The case was heard by a bench comprising Justices P.P. Bhatt and D.N. Patel. The bench, disposing the case on December 2, 2013, had directed the coal company to ensure that pollution was not caused to the river due to its mining activities. However, villagers said that since the coal company was not serious about complying with the orders of the court, Oraon was worried. 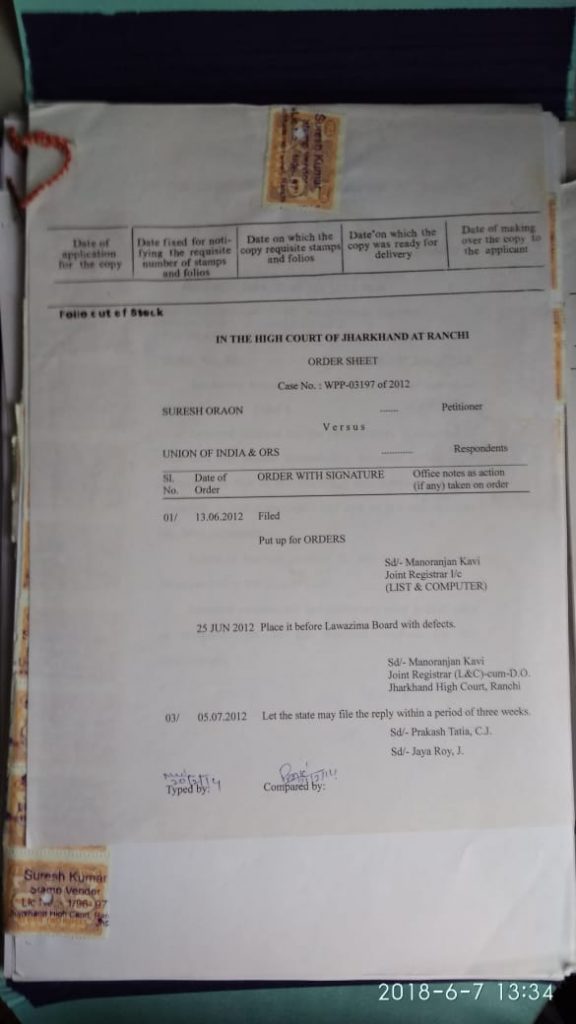 In 2008, when the coal company wanted to acquire land in Oraon’s home village Purnadih and three other neighbouring ones – Dembua, Kusumtoli and Barwadih – about 5,000 families led by Oraon had opposed the displacement. He arranged agitations and demonstrations, following which he was allegedly implicated in a case and sent to jail, where he spent six months. When he returned, he found that unity among the villagers had been disrupted and families had started selling their lands to the coal company. Hence, left alone in the lurch, he also decided to give his land to Central Coalfields Limited, in exchange of a general labourer’s job and some compensation.

“Soon he saw that many other families had not been give jobs, he started fighting for them too. Thus, he helped recruit around 700 people in Central Coalfields Limited. Later again, when he found that Central Coalfields was polluting river Damodar through its coal washeries, he filed a writ petition in Jharkhand high court in 2012,” said another villager whom Oraon had helped find a job, wishing to not be named.

Every Thursday, Sarna Samiti members – tribal men and women who follow Sarna religion and worship the nature – gather in the village to perform puja. It was on one such occasion in Purnadih that the incident took place.

“The way in which the killing took place appeared that professional killers were involved. Villagers point fingers to Naxals. We are not ruling out their involvement. But it would take some time to zero in on the organisation of criminals and identify them,” said N. Toppo, circle inspector of Piparwar, who visited the spot along with his force.

Of the total 24 districts of Jharkhand, as many as 19 are affected by Naxals. Chatra is a highly Naxal-affected district of Jharkhand, and a Naxal outfit called the Tritiya Prastuti Committee (TPC) is fairly active in the area. The Chatra district police has kept the heat on the Naxals and there are reportedly cracks in the rank and file of the outfit. Several members, for some mysterious reason, reportedly want mining in the area to continue and hence the opposing villagers are their target. Oraon must have been one of them as he was the leader of the displaced people and he fought against mining and pollution. “TPC wants the villagers to vacate the villages for mining,” a villager said.

Jharkhand is among the most mineral rich state of India and has as much as 40% mineral deposits. Important among the minerals found here are coal – popularly named black diamond – iron ore, bauxite, copper, mica, fire clay, kyanite, sillimanite, limestone and uranium.

North Karanpura Coalfields is one of the largest coalfields covering parts of districts of Ranchi, Hazaribagh, Ramgarh, Palamu and Chatra districts – under which come the Piparwar coal mines as well. Oraon had been a member of Karanpura Bachao Andolan, which fights against displacement and pollution due to coal mining.

A lot of mining activity happens in Piparwar, and coal companies keep expanding their projects every year. In the said four villages, CCL had taken over more than 1,500 acres of land for its mining project. Projects in Piparwar area of Central Coalfields Limited included: Piparwar open cast mine, Ray-Bachra Underground mine, Ashoka Open cast mine, Piparwar coal handling plant and Piparwar coal preparation plant.

Purnadih villagers have demanded compensation and a job for Sangita, Oraon’s widow, who would now have to raise two kids – a six-year-old boy and a four-year-old girl – alone. By late Thursday night, villagers had not allowed the police to perform an autopsy on Oraon’s body, arguing that first a written assurance be given for a job for the widow. “We brought the body to CCL Hospital Dakra for autopsy. But the villagers aren’t allowing us to do the postmortem,” the Piparwar police circle inspector said.

As Oraon was an employee of Central Coalfields Limited, local officials of the company visited the spot and held talks with the villagers, urging them to allow the police to get the post-mortem done.

“It would be too early to say who is involved in the killing. I have dispatched a special investigation team to the Piparwar. As of now, not much headway has been made in the investigation. Give us some time and we will nab the culprits and solve the case,” said Chatra superintendent of police Akhilesh B. Verior.