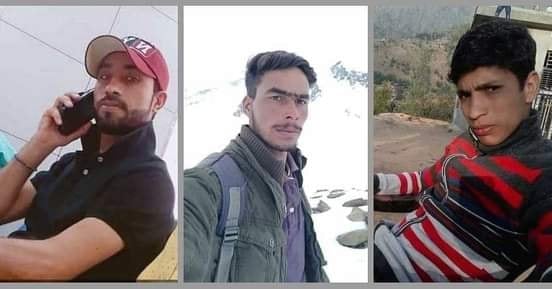 Sept 18: Army on Friday said that a high-level Court of Inquiry set up by it into the July 18 encounter at Amshipora Shopian has concluded, bringing out “certain prima facie evidence indicating that during the operation, powers vested under the AFSPA 1990 were exceeded.

A police statement on December 27 after the filing of the charge sheet said the investigation revealed the conspiracy was hatched to abduct the victims and stage the encounter.

The army captain charged with killing three youths in the July 18 fake encounter in Shopian did it for ₹20 lakh in reward money, according to the case charge sheet filed by police.

On Sept 18, A high high-level Court of Inquiry set up by it into the July 18 encounter at Amshipora Shopian has concluded, bringing out “certain prima facie evidence indicating that during the operation, powers vested under the AFSPA 1990 were exceeded.

Defence spokesman Colonel Rajesh Kalia had said that inquiry found that the “Do’s and Don’ts of Chief of Army Staff (COAS) as approved by the Supreme Court have been contravened”.

“By staging the encounter, Capt Bhoopendra Singh of 62 RR and two other civilians also purposefully destroyed evidence of the real crime that they have committed and also have been purposefully projecting false information as part of a criminal conspiracy hatched between them with motive to grab prize money of ₹20 lakh,” news agency PTI quoted from the police charge sheet.

HT could not independently access a copy of the charge sheet and when asked for confirmation, SP Shopian, Amritpal Singh, said: “The charge sheet is court property now. It is up to them whether they want to share it or not”.

Police named three people — Capt Bhoopendra Singh, Tabish Nazir , a resident of Chowgam, and Bilal Ahmed Lone, a resident of Arabal Nikas, Pulwama — in the 1,400-page charge sheet filed before the court of the chief judicial magistrate, Shopian, on December 26 into the killings of Rajouri residents Imtiyaz Ahmed, Abrar Ahmed and Mohd Abrar.

The charge sheet, according to the news agency, has statements of four army personnel — Subedar Garu Ram, Lance Naik Ravi Kumar, Sepoys Ashwini Kumar and Yougesh — who were part of Capt Singh’s team at the time of the incident and were asked to cordon off the area from different directions.

“…as they were approaching the spot on foot after disembarking from the vehicle they heard a few bursts of live ammunition even before they had laid the cordon,” said the charge sheet.

Later Capt Singh told them that he had to fire as the hiding militants were trying to escape. It said the accused captain of 62 Rashtriya Rifles “furnished false information to mislead the senior officer and for getting” an FIR lodged to “tailor fit his motive of grabbing prize money in furtherance of criminal conspiracy”.

A police statement on December 27 after the filing of the charge sheet said the investigation revealed the conspiracy was hatched to abduct the victims and stage the encounter.

The charge sheet was filed after the army said it had completed its summary of evidence against its men.

The three Rajouri residents were killed in an encounter on July 18. While the army initially said that the three were terrorists, later it admitted that the powers vested under the AFSPA 1990 were exceeded by its men.

On July 18, police in a statement had said that three militants were killed in gunfight with joint team of police, army and CRPF in Shopian district on an input by army.