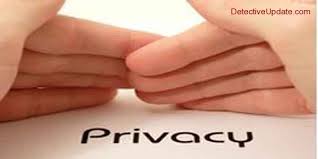 The Justice AP Shah panel has done to well to lay down an enforceable roadmap that can strengthen  privacy laws in the country. It’s now for the legislature to take the issue to a logical conclusion

A haveli courtyard is an apt metaphor for the complexity which is involved in drafting a law on privacy. Though the courtyard gives an appearance of openness, it is limited by the walls, doors and windows which surround it. The architecture represents a mediated understanding of the options which are available to the resident in sharing and limiting information to family and strangers. A somewhat similar project is in the works with the Union Government taking steps towards the enactment of a privacy law.

Privacy law as it is understood at present is usually limited to the odd writ petition filed against the Government by a private individual seeking enforcement of a fundamental right to privacy. Recently, such adjudication has been limited to high-profile individuals, and where there is wide voyeuristic interest. For instance, two recent petitioners include industrialist Ratan Tata and former Samajwadi Party leader Amar Singh. Here, it is important to stress that with the state gathering more and more data about individuals through the Unique Identification Authority of India scheme, there is a need to democratise the right by making legal provisions for its enforcement. In making such provisions a balance has to be maintained, where information which serves public interest or gathered through informed consent is not encumbered in the name of protecting individual privacy.

To find this balance, the Government late last year tasked a Committee of Experts chaired by Justice AP Shah to prepare a report on the Privacy Bill. Readers would recall that Justice Shah had authored a judgement which read down Section 377 of the Indian Penal Code, decriminalising homosexual activity. A closer reading of the judgement shows the reliance placed by the court on the privacy right and to reach its determination. With such credentials, the Justice Shah Committee has exceeded the high expectations placed on it, presenting a fair and balanced approach towards a privacy law in India.

At the very outset the report clearly marks its objectives, from which it then commences to study judicial precedent on privacy as well as the experience of foreign jurisdictions. On the basis of this study, it has evolved nine privacy principles which encompass within it distinct aspects of individual privacy. Such a nuanced approach to privacy is certainly welcome given that privacy as a right is often subjective, varying drastically in its appreciation as per civil society, private industry and even Government itself.

Beyond the specific aspects of the privacy right, the report extends the right both to Government as well as private industry. This is a sign of the times, best put by Pranesh Prakash, policy director, Centre for Internet and Society, when he says that citizens reveal more data about themselves to social networking websites than they would to the Government

Another significant aspect is the proposed co-regulatory regime which the report suggests. And, experience has taught us that a right without an effective remedy to enforce it counts for a little more than a black letter on paper. In this respect, the report proposes a sectoral regulator which has supervision over State level privacy commissioners. In addition to this, the report also proposes a system of self-regulation where industry-specific standards may be proposed and then sanctioned by the privacy commissioners. However, contrary to the present approach of tribunalisation, the report suggests that recourse to civil courts for aggrieved persons should always be kept open.

Though the origins of the privacy rights may be antiquated, widespread consensus suggests that the modern practice and substance of privacy law owes its beginning to an article published in the fourth volume of the Harvard Law Review. The article, authored by Louis Brandeis and Samuel Warren drawing a physical justification for what seemed like a novelty back then, stated that the law regarded a man’s house as his castle.

Sadly, the right has not seen a proper development in India, mainly due to the absence of an overarching legislation as well as a lack of understanding of its proper contours. At least in this respect, the report marks a significant development in the drafting of a comprehensive privacy legislation in India. A haveli, a house or a castle — the Justice Shah panel has provided a useful blueprint to the legislature to build an effective and balanced statute to safeguard individual privacy.

(The writer is a partner in a Delhi-based law firm and visiting faculty at the National Law University, Delhi)

Koodankulam:A Court in the Supreme Contempt of its People
Frontline Health workers don't need just clapping but resources and equipment- Covid-19
Over 100 Indians condemn Paris beheadings, deplore outrageous statements by Muslim religious and pol...
The History and Future of a Demolition Without End