India – Budget is Mockery of social justice agenda, promotion of corporatisation and financialisation 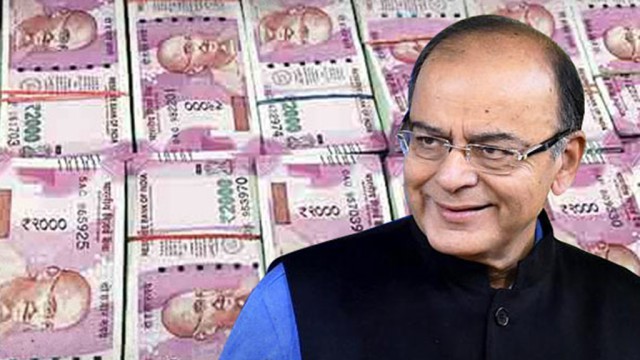 New Delhi, February 8, 2018: Calling this year’s union budget ‘just an exercise in manipulation of numbers,’ veteran activist Medha Patkar asked, “When the major decisions like the demonetisation and GST are taken between two budgets then what’s the relevance of the Budget?,” at a panel discussion on the analysis of this year’s union budget with a special focus on Handloom, Fisheries, Dalits, Adivasis, Forest, Agriculture, Banking and financing, Urban Housing, Rural development, Land and Higher Education at the Constitution Club of India on February 6, 2018.

The panel discussed the budget in detail, highlighting both the needs and the perspectives of the socially and economically marginalised sections of society. The budget was denounced by Medha Patkar as it does not take into account the agrarian crisis and farmers suicides.

Speaking at the occasion, Anand Bhaskar remarked that at the current pace of allocations, marginalised communities would have to wait two to three decades for any real improvement of their lot. He also commented on the BJP’s tendency to make cosmetic changes to the budget like changing the format or the release date and call them revolutionary. Nipun Bose followed in step asking how many of the two crore jobs promised by the Prime Minister involved selling pakodas while drawing attention to India’s 97th position of the Global Hunger Index.

Ashok Chowdhury, Secretary, All India Union of Forest Working People, lamented the fact that over the years the forest dwelling communities have never found any mention in the budgetary provisions, even though there has been tardy progress on the implementation of the Forest Rights Act, 2006. He stressed that the forest-dwelling communities want their right granted by FRA.

Various others speakers too highlighted deficiencies in the budget are concentrating on the BJP’ propensity to employ insurance schemes while neglecting structural investments. The Pradhan Mantri Bima Fasal Yojna (PMBFY) was called a scam along with the new health insurance scheme which was claimed to act as a conduit for transferring public money to private hands. The feeling throughout was that the Budget was an effort to ramp up crony capitalism in India.

Ravinder Kumar Jena, MP, said that there were no details released on how the cost of production would be computed to facilitate the announced MSP hike and that a significant portion of the agricultural budget went to agro-industries which didn’t benefit farmers. He ended by remarking that the government tends to spend more on advertisements than programmes.

Hansraj Suman, the member of Academic Council, Delhi University and also with Ambedkarwadi Lekhak Sangh, said this government is not only anti-SC/ST but also anti-thought and anti-intellectualism. They are reducing budgetary provisions on higher education; writing off all the vacant seats reserved for SC/ST and OBC communities;  pushing for contractual appointments; and in the name of autonomy, pushing for privatisation of the universities thus making the higher education unaffordable for the majority of the masses in this country. He ruled that the government wants people to sell pakodas and not study and be thinking citizens who will challenge their lies and distortion of history and expose anti-people policies.

Hannan Mollah, eight-time MP and secretary of All India Kisan Sabha, who chaired the meeting, concluded by saying that we need to reach out to all the members of the Parliament with concise information on the demands of the marginalised communities given that this government is only interested in ‘jumlebaazi’.

The meeting was attended by various MPs from the opposition, who represented their parties and assured the people that they would raise the issues of the marginalised communities during the debate on the budget in Parliament.