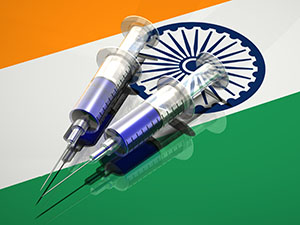 For a business that has seen a whole lot of action of late, clinical trials by pharmaceutical companies are still gasping for transparency and posing as-yet-unanswered questions

On April 29, S Eswara Reddy, Drug Controller General of India, and Rakesh Kumar Vats, top health ministry official and chairman of the National Pharmaceutical Pricing Authority (NPPA), ditched a medical conference in New Delhi and rushed to Jaipur. The duo had to immediately reach Malpani Multispecialty Hospital, a site where Glenmark Pharmaceuticals was running a clinical trial and botched it up.

The Mumbai-based pharma company was using the Jaipur hospital for conducting phase II clinical trial for an oral drug (coded GRC-27864) for treating osteoarthritis, a disease that leads to joint inflammation from cartilage degeneration.

Phase-II trails are conducted to assess the safety and efficacy of a drug.

Prominent health activists, who alerted local authorities, tell ET Prime that several villagers, who had been lured with job offers, were brought in from Churu district and given the drug. They later complained of side effects such as abdominal pain, severe nausea, and headache. Health activists also allege that the patients were not from the 40-70 years age group specified in the inclusion criteria in the protocols for clinical trials.

India’s apex drug regulatory body, the Central Drugs Standard Control Organization (CDSCO), swung into action on May 2 and ordered the suspension of the trials. It also issued a show-cause notice to Rajiv Gupta, the principal investigator of the trials, and Glenmark for lack of monitoring and data falsification.

In an e-mail response to ET Prime, Glenmark says: “Glenmark has been conducting clinical trials in India and around the world for many years. Patient safety and regulatory compliance are of utmost importance to us. As soon as we became aware of the alleged irregularities at Malpani Hospital, we immediately suspended the trial at the site in the interest of the patients’ safety. We have received the show-cause notice pertaining to monitoring of the clinical trial at Malpani Hospital and will respond to it within the stipulated time frame.”

This is a randomised, double-blind, parallel-group, and placebo-controlled study. A total of 624 subjects will be enrolled in the study to receive GRC-27864 orally once-daily in doses of 10mg, 25mg, and 75mg for 12 weeks. The primary outcome measures will be the efficacy of GRC-27864 given orally at daily doses of 10mg, 25mg and 75mg for 12 weeks compared to the placebo assessed by WOMAC-PS (the widely followed Western Ontario and McMaster Universities Osteoarthritis Index) in patients with moderate osteoarthritis pain. The secondary outcomes will be safety and tolerability of GRC-27864. Any adverse event, either clinical/laboratory, will be recorded and assessed for severity, seriousness, and causality.

According to the government registry, the inclusion criteria for the clinical trial on the Glenmark drug were:

• Subjects diagnosed with primary osteoarthritis of the hip or knee for at least three months, in accordance with American College of Rheumatology’s (ACR) clinical and radiological criteria

Health activists claim these norms were not adhered to and patients were not examined for inclusion or exclusion.

Data available in the public domain shows Malpani Hospital has conducted over 40 clinical trials for osteoarthritis and rheumatoid arthritis. Swasthya Adhikar Manch, which is among the health activist groups spearheading a campaign to blacklist the hospital, point to the following lapses that led to the blowing up of the Glenmark trials:

• Lack of infrastructure: A violation of good clinical practices norms set by the Indian Council of Medical Research (ICMR)

• Medical mismanagement: Due care was not given to patients. Bhaagaram, one of the subjects, is still suffering from abdominal pain, respiratory distress, and body ache

According to the CDSCO show-cause notice, at least three patients had not participated in the clinical trials, pointing to data falsification.

A medical expert who has headed large clinical research organisations tells ET Prime on the condition of anonymity that lab markers for osteoarthritis are difficult to analyse.

Anyone with a slight knee pain may be treated for osteoarthritis. At preliminary stages, even an X-ray could be furnished as clear proof of the disease, but that is not the best approach. The medical expert cited above calls these cases of “dustbin diagnosis.”

The Jaipur event is a throwback to the sordid events that had triggered a full-blown court fight in 2012 between government agencies and Swasthya Adhikar Manch. The latter had challenged the regulatory agencies for a lax approach and leniency in approving clinical trials on drugs that had resulted in the death of hundreds of patients in several cases.

The activist group also alleged that people were enrolled without full knowledge or informed consent and were not compensated for serious adverse effects. The final hearing in the case is scheduled for the first week of July.

Over the last decade, clinical trials as a business have seen a lot of action — from being a nascent sector to enjoying the tag of a promising billiondollar sector to being publicly named and shamed as downright unethical by the Supreme Court.

With close monitoring by the apex court, the drug regulatory agencies overhauled and streamlined their internal procedures to approve clinical trials. Before the Drug Controller General of India clears clinical trials on new drugs, they now undergo a three-step examination by the subject-expert committee, the technical committee, and the apex committee. The Supreme Court had also directed the secretary of the department of pharmaceuticals to give the final seal of approval as a measure of sufficient caution.

The informed-consent rules have also been tightened and compensation norms in case of adverse events are now well spelt out.

But the Glenmark-Malpani incident shows that almost all stakeholders — from the sponsor of the trial to the ethics committee — have much to explain. ET Prime spoke to at least five industry insiders, including health activists and active clinical research organisations, to pinpoint the critical questions that all parties involved in these trials must answer.

• How good was the training imparted to the investigators on the site for managing the clinical-trial protocol?

• What mechanism was followed to monitor progress?

Principal investigator of the trials

• Did the principal investigator vet the patients to be put on trial?

• The safety and efficacy or tolerability of the drug have to be assessed with recommendations from subject experts. Was this done?

• Did the IEC approve of the patient-recruitment process?

• Did any of the IEC members visit the actual site of the trials to assess its infrastructure?

• Have the principal investigators or the agency’s officials been trained to keep pace with global best practices?

• The US Food & Drug Administration and European agencies periodically review the preparedness of clinical-trial sites that helps the industry avoid non-compliance or adapt to new practices. Has the CDSCO taken any such measures?

Many more Malpanis will happen if these questions remain unanswered.

Somnath Bharti fails to appear before Delhi's Commission for Women, flies kite at an event
Crypto Legislation Is Also Crucial to Reining In Terror Funding and Laundering Operations
Gujarat - A textbook case of HOWLERS
Egypt: The Next India or the Next Pakistan?