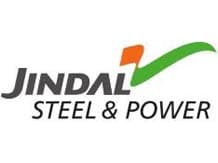 Controversies surrounding the allocation of coal blocks to Naveen Jindal-owned Jindal Steel and Power has put the firm’s investment proposals in Odisha, worth about Rs 80,000 crore, in jeopardy.

Out of this Rs 80,000 crore, the company has already invested Rs 17,000 crore to build a two-million tonne steel capacity and a captive power plant at Angul.

Five units of the power station has been commissioned. Even though the sixth unit of 135 Mw and the steel plant are almost ready, the company is not sure if it can put them on stream because of acute scarcity of raw material such as coal and iron ore.

“We are not able to fully utilise the units already commissioned due to coal supply issues. We are buying coal through e-auction, which is pushing up generation cost to Rs 4 per unit, while the supply to the state grid is at Rs 2.75 to Rs 3.25 per unit. Under the circumstances, pushing the commissioning of other units will not be viable,” says a JSPL official.

JSPL is under investigation by the Central Bureau of Investigation (CBI) as the company and another accused firm, Gagan Sponge Iron, have allegedly misrepresented facts and given wrong information about the company’s land, water supply and previous allocations to get the coal block in January 2008. The agency found the Jindal group’s companies bought shares in Saubhagya Media at an inflated rate of Rs 100 a share when the quoted price was just Rs 28 a share, which raised its suspicion. The matter is under investigation.

Odisha officials say the coal requirement of the steel plant alone is pegged at 5.5 million tonne a year. This apart, the company proposes to set up a Rs 60,000 crore coal-to-liquid (CTL) plant near Angul through its subsidiary, Jindal Synfuels Ltd (JSFL). The CTL complex, to come up over 4,800 acres land near Angul, will include an 1,100-Mw power plant and a 50-million tonne per annum coal washery.

Both the blocks are shrouded in controversy following charges of illegal allotment by opposition parties and civil activists. Although unlike the company’s Amarkonda Murgadangal coal block in Jharkhand, which is currently facing CBI probe, its Odisha properties are not being investigated by the agency. However, this gives little comfort to the company as allegation of impropriety has made the government become extra-cautious on processing of coal block files.

For example, while the company was granted mining lease for Utkal B-1 about two years ago, the state government is dilly-dallying on executing the mining licence after exposures on coal scam hogged the limelight.

The coal ministry has also stepped up the heat on the company and it issued a show cause notice to JSPL in June this year for delaying the production from Utkal-B-1 coal block.

Similarly, the state government is insisting on preparation of differential global positioning system map for the Ramchandi block, delaying the grant of prospecting licence to the company despite it agreeing to all the terms and conditions.

On the Utkal B-1 coal block, which was granted to the company in September 2003, the Opposition and civil activists pointed fingers at chief minister Naveen Patnaik for writing to then coal minister Ravi Shankar Prasad to allot the block to JSPL, cancelling an earlier allotment to Talcher Mining Pvt Ltd.

Similarly, Dharmendra Pradhan, a member of Parliament belonging to the Bharatiya Janata Party, had written to Prime Minister Manmohan Singh demanding cancellation of the Ramchandi block allotted for the CTL project, citing inordinate delay in developing the block. The CBI, in June, had asked the Planning Commission for files pertaining to allocation of blocks to all CTL companies, including that of JSPL, to verify if the allocations made for the coal-to-liquid projects were in any violation of any policy.

JSPL, however, is hopeful of surmounting the setbacks. “We have already made investments of Rs 16,900 crore for setting up steel and captive power plants in Angul and have received almost all the statutory clearances for the coal block. We are ready to start mining from coal block once the ML (mining lease) is executed. We are hopeful that having made such large investments, allocation of the coal block will not be cancelled,” said Anand Goel, joint managing director, JSPL.

Busted: Republic Reporter Wrong in Blaming Rohingyas for Assaulting Him
151 CBI cases pending against MPs/MLAs, 58 punishable with life imprisonment, SC told
PUDR statement on possible arrest/detention of Aparna Marandi and other anti mining activists in J...
A letter to my daughter #Vaw #AFSPA