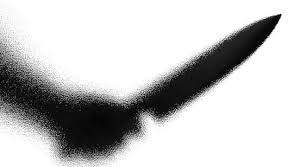 MADURAI: A 15-year-old school going dalit boy was inflicted with multiple injuries on his face, for allegedly speaking to a non-dalit girl, aged 14, inKumaram village near Madurai.

The incident happened on the night of August 21 and the boy was admitted to the intensive care unit of the Government Rajaji Hospital where he underwent multiple surgeries to treat the stab wounds. Even as the boy’s father had lodged a police complaint against the girl’s father who is absconding, the latter’s family has lodged a counter complaint alleging sexual harassment by the boy. “We have launched a hunt for the girl’s father. We are yet to ascertain the veracity of the girl’s complaint. Only after a thorough inquiry we would be able to find if the boy had harassed her. For now, the boy, undergoing treatment in the hospital has denied harassing the girl,” a police officer said. SP V Balakrishnan had formed a special team to nab the girl’s father M Mani, 45, and has ordered for a thorough inquiry on both the complaints.

Police said the boy , N Gokulakrishnan was standing on the outskirts of his native Kumaram village near Alanganallur on the night of August 21 and was taking to his uncle Manimaran and relative Bharathi when the girl’s father, a non-dalit of the same village attacked him. Mani, who came to the spot pulled out a knife and started stabbing the boy on the face. “The boy suffered deep cuts on the face, wrist, shoulder and ear. His uncle and relative Bharathi rescued him and fled the place,” police said.

A Kathir, executive director of Evidence, an NGO that went on a fact-finding visit demanded that the accused be arrested immediately. “When we inquired the boy, he admitted that he spoke to the girl, but it was only mutual and not as being made out by her father,” he said. Police said that they have registered a case under several Sections of IPC including attempt to murder as well as under SC/ ST Prevention of Atrocities Act.

Two days before the attack, Mani had visited the house of the 14-year-old boy and threatened him of dire consequences if he continued speaking to his daughter. Subsequently, the boy’s relatives took the boy to Mani’s house and explained that he was not harassing the girl. In spite of that, the boy was attacked, alleged the complaint.