#India – Death Penalty – Mercy plea is in the dock

The death penalty, the mercy petition, the power to pardon, court review are four inextricably linked stages followed in death cases as step-by-step safeguards to decide between life and death. There is little point in getting into Hamletian dilemmas, whether “in that sleep of death… what dreams may come when we have shuffled off this mortal coil?” Individuals cannot take a life. What are the responsibilities of the State when it takes a life?

In the Shatrughan Chauhan mercy petition cases, (21 January 2014), the Supreme Court through Chief Justice Sathasivam decided that 15 convicts, who had been awarded death sentences by the Courts and whose death sentence was confirmed by the President, should not be hanged on the grounds of “inordinate and unexplained… agonising delay”, and mental illness and psychological stresses on the convict. On this basis, two convicts were found to be mentally ill. Thirteen were given life, where mercy petition decisions were delayed by six-and-a-half to 12 years. Four convicts who escaped “death row” included Veerappan aides who had been in prison for 20 years, with mercy pleas delayed for nine years.

These facts provoke two opposing views. One view is that these killers have no right to live. The other is that these prisoners are driven out of their mind, with the solitary cell’s imaginary clock going “ticktock-tick-tock” day after day. Awaiting death is surely agonised by the death clocks.

Let us revisit the “bad man” theory that prisoners are bad people who when in prison should have no rights at all. Popular in the US in the 19th century, this was blown to smithereens by the venerable Justice Krishna Iyer in the late 70s to culminate in the settled view: “Prison walls do not keep out fundamental rights.” Krishna Iyer also gave us the dictum: “Bail not jail.” The Supreme Court has intuitively adopted the ‘bad man’ theory in bail cases. On January 24, 2013, I heard a Supreme Court bench saying: “You have spent 11 months in jail, spend another for five to six years for bail.” This digression illustrates an attitude that prisoners deserve no latitude because they are evil. 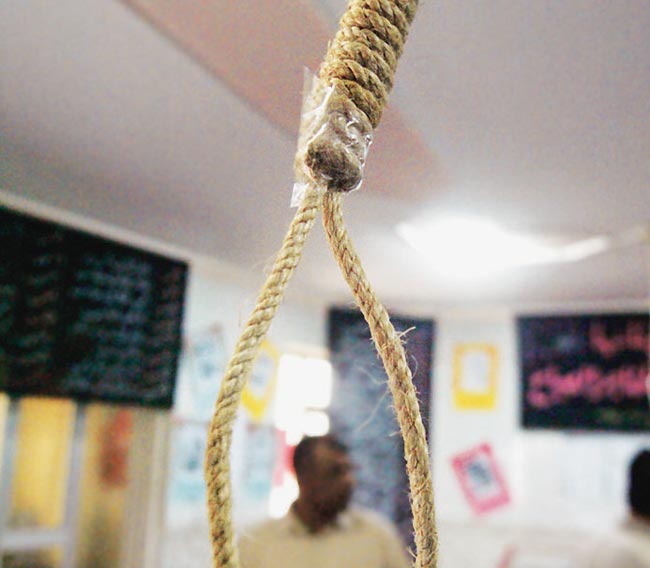 The Supreme Court’s recent judgement could be the first step towards abolition of capital punishment.

The death penalty cases present four discretionary stages: Stage I: Sentence after trial. The Supreme Court, by majority, decided in Bachan (1980) that death penalty was constitutionally permissible. In later cases, it invoked the “rarest of rare” formula. It was never clear what this meant: gravity of crime’s viciousness or just desert. Blackshield and Amnesty show lack of consistent application by the Supreme Court. In Gudda’s case (2012) Justice Dattu, perplexed by the formula, made clear “tooth-for-tooth” revenge was not the right way. “Rarest of rare” is an unworkable formula applied capriciously by even the Supreme Court. But more importantly, Justice Dattu said revenge based ‘tooth-for-tooth’ was barbaric.

Stage II: The mercy petition. Here the President (or Governor) can only reduce, not increase the punishment. In Kehar (1989), the Court said that the President cannot follow the Court’s judgement like a parrot. So, the power is to reduce sentence by taking a wider view. It’s the ultimate mercy.

Stage III: Delay in (a) courts and (b) pardon petitions. (A) Court delays, with some inconsistency, have always been regarded as bad, and cruel. How much delay? Vatheeswaran (1983) maximised the delay at two years and found disagreement in Sher Singh (1983). Accused-induced delays were also factorised. Time was not the only factor. (B) For pardoning delays, there is no self-induced delay. Mercy petition delays are intolerable. For example Madhu Mehta (1989; eight years) or Shivaji (1991; four years). In Kehar, the court reminded the executive that a pardon is not a “private act of grace” but a public decision for deciding whether “public welfare… (is) better served by inflicting less than what the judgement fixed.”

True, the victim family’s rights are also to be balanced (Bengal case -2010) but that is not all. Justice Dattu rejected “tooth-for-tooth.” Krishna Iyer reminded us of the “brooding horror of haunting the prisoner in the condemned cell for years.”

State IV: Judicial review: Those who argue that court’s policy should be “hands off”, should recall Satpal (2000) where Haryana’s Governor pardoned a BJP politician for political reasons. If there is a review of irresponsible pardon, there must be review for irresponsible rejections.

Chief Justice Sathasivam’s latest judgement errs on the side of wisdom preserving judicial review and focussing on the prisoner’s mental state. His guidelines make solitary confinement before execution unconstitutional; provide legal aid; and stipulate minimum 14 days before execution; factorises mental health; demands transparency; and mandates meeting with relatives. But will the mercy petitions be now decided in a hurry and narrow the scope of Court review? Probably.

We can’t have it both ways, but the latest judgements are steps towards disciplining capital punishment and abolishing it altogether.

The writer is a senior Supreme Court lawyer