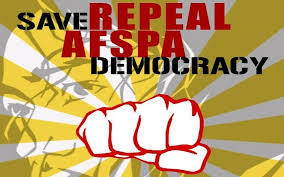 I believe that the information sought at paras #1-4 above are required to be proactively disclosed by your Ministry under Sections 4(1)(b), 4(1)(c) and 4(1)(d) of the RTI Act. As I am unable to locate the said information on your official website, I am constrained to file this RTI application. I would like to receive all this information by post at my postal address mentioned above.

As regards the request for inspection of information described at para #5 above, I would be grateful if you would give me sufficient advance notice of the date and time for inspection.”

The Central Public Information Officer (CPIO) of the Department of Defence, D(GS-I/IS) sitting in South Block, transferred the RTI application within a week to another CPIO with the D(AG) who sits in Sena Bhawan. The second CPIO transferred the RTI application to the CPIO, Indian Army within the next four days. Of course neither CPIO bothered to explain what  D(GS-I/IS) and  D(AG) meant in expanded form. I am still not sure which sections or divisions they might be in the Defence Department (see pages 6-7 of the 1st attachment).
Dissatisfied with the reply of the second CPIO, I filed a first appeal with the First Appellate Authority (FAA) against the transfer of my RTI application to the CPIO, Indian Army. In my appeal I argued that the transfer was wrong on the following grounds:
1) as the Minister of State for Defence had submitted some details of the 50 cases to Parliament in January the Department was bound to have the related case files; and
2) Under the Second Schedule attached to the Central Government’s Allocation of Business Rules, 1961, the Indian Army falls under the administrative jurisdiction of the Ministry of Defence. So the Indian Army is not competent to decide whether sanction for prosecuting its personnel should be granted or not. That is the job of the Defence Department or the Ministry of Defence to whom I had sent the RTI application in the first place.
The FAA of the Defence Department has now ruled that the CPIO’s action of transferring the RTI application was correct because the Indian Army was the “custodian” of the information sought in my RTI application (see page 13 of the 1st attachment).
Indian Army’s reply:
Meanwhile, the CPIO, Indian Army sent me an acknowledgement within a week of receiving the RTI application transferred by the Defence Department. While assigning an identification number to the RTI application, the CPIO explained that as the HQ of the Indian Army worked only five days a week and as there were 8 non-working days in a month, I should accept delayed response. 27 days later he sought extra time to send a substantial reply (see pages 14-15 of the 1st attachment).
Last week (after more than 40 days of receiving the RTI application), the CPIO sent a final reply claiming that the information sought in my RTI application was “not available/held with the concerned agency of the Army (see page 16 of the 1st attachment)
What is wrong with these replies?
If neither the Defence Department nor the Indian Army has the details of cases sent by the J&K Government requesting sanction for prosecution of defence personnel, then what was the basis of the Minister’s reply tabled in Parliament on new year’s day this year? Surely, no other Ministry can be involved as this subject matter is not allocated to them under the Allocation of Business Rules, 1961.
Further, only one of the two public authorities- the Defence Department or the Indian Army can be telling the truth. Both their RTI replies cannot be true and correct as they contradict each other. Even if the files of all decided cases might have been sent back to J&K, surely an office copy of the replies sent (RTI query#4) would have been maintained by the concerned office.
Further, if the norms, criteria and standards for assessing evidence and the rank and designation of the officer who is competent to make a decision whether to permit prosecution or not, are not written down in any official record, then who in Government rejected the requests for sanction to prosecute defence personnel and by following what procedure?
All of this information should have been proactively disclosed under the RTI Act
Sub-clauses (ii), (iii) and (iv) of Section 4(1)(b) of the RTI Act require the Defence Department to voluntarily disclose the procedure for decision making and the relatedsupervisory and accountability mechanisms along with the attendant norms and criteria involved in the making of such decisions. Section 4(1)(c) of the RTI Act requires the Defence Department to place all relevant facts in the public domain while announcing decisions that affect the public. The people in J&K and elsewhere in India have the right to know these facts. Under Section 4(1)(d) of the RTI Act, the affected families have the right to know the reasons behind the denial of sanction for prosecution in all 47 cases. Despite pointing to this duty of proactive disclosure in the RTI application, the public authorities have denied the very existence of the case files and information regarding the procedures to be followed and the norms to be applied while denying sanction for prosecution.
Of course, I will move the Central Information Commission against the two public authorities for denying the very existence of the information requested in the RTI application. However, the contradictory RTI replies relating to a matter raised in Parliament is perplexing, to say the least.