#India – Dream Team “Nation’s Cyclone of Change” or, Who’s Who in the Pantheon of Indian Fascism 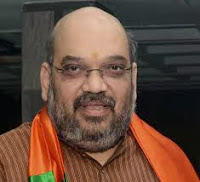 Amit Shah: Alias Mr Amnesia Shah, his standard response to all questions asked about his role in the carefully-planned encounter killings of 2003–2006 was ‘I don’t remember’; charged with extortion, murder and criminal conspiracy (in chargesheets filed between 2010 and 2012) and currently out on bail, Shah was even banned by the Supreme Court from entering Gujarat. In an interview to Headlines Today dated 21 Oct., 2013 he defended all the Gujarat encounter killings as directed at ‘anti-nationals’ and simultaneously disclaimed any prior knowledge of them. You can’t have it both ways, Amitbhai! What else was Vanzara saying to you? 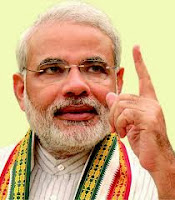 Narendra Modi: Puffed up monster, constructed by the RSS and the media to win the hearts and minds of ‘the youth’. And why is he a youth icon? Because he was in charge when over 2000 Indians were slaughtered in Gujarat in 2002 and did nothing to stop the slaughter; because he spent crores of rupees to make sure Gujarat doesn’t have an independent lokayukta; ask yourself why he moves heaven and hell to make sure no independent authority can investigate potential charges of corruption in his state. The man comes across as neanderthal and monosyllabic, but there are powerful forces at work to make everyone believe he is the most ‘popular’ politician India has ever had…ever…Adept at body language, Modi has made it abundantly clear that he enjoys a specially close relationship with Mukesh Ambani. ‘Sarkaar garibon ke liye hoti hai’, indeed!

Yashwant Sinha: Walking economic disaster; both occasions when he was Finance Minister India’s economy saw severe economic downturns! In 1990 all the gold in the RBI’s vaults was shipped off to the Bank of England as collateral for a loan, and in March 2001, ‘soon after Sinha presented his Budget, India experienced one of its worst market crashes: about $32 billion worth of market capitalisation was wiped out that month’. Nor was his grasp of principle any stronger. In December 1992 he had publicly denounced the RSS/BJP as ‘obscurantist, fundamentalist and fascist’ only to join the BJP nine months later.

Uma Bharati: Firebrand demolisher of the temples of other communities; famous recently for her shameless public defense of the rapist godman Asaram whose empire of crime is matched only by the extent of Bharati’s own moksha from hatred and desire. 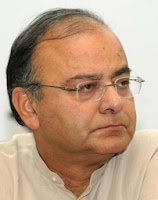 Arun Jaitley: The urbane face of a sordid underbelly; has spearheaded a rowdy parliamentary opposition that has systematically deranged the functioning of parliament for over 2 years, with huge benefits to the country of course; a strong supporter of Modi, Jaitley recently wrote a letter to the PM that is replete with deliberate distortions to create the impression that Amit Shah is being made the subject of dastardly persecution by the Central Government. ‘The CBI arrested Amit Shah with no prosecutable evidence against him’ (!!) says the letter, and this in the face of a 30,000-page chargesheet filed by the CBI! 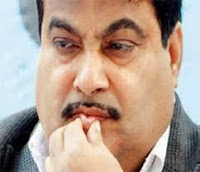 Nitin Gadkari: Recently shown to be a model of corporate governance; has concocted boards of directors with as much imagination as his chauffeur shows at the red light. Widely acknowledged as the country’s leading authority on fake investing companies and fictitious addresses – Gadkari would be better off writing scripts for Bollywood but is crucial to the RSS money laundering machine. When his son Nikhil got married 3 years ago, the food alone is said to have cost Rs 5 crores. That is roughly equivalent to half a million white-collar lunches if each lunch costs, say, Rs 100/-. But don’t forget, ‘Sarkaar garibon ke liye hoti hai’, as Modi said in Kanpur. 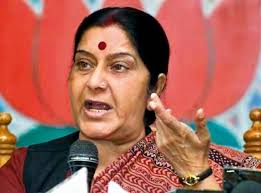 Sushma Swaraj: Official leader of her parliamentary stormtroopers; as a woman, deeply committed to the emancipation of women in India – e.g. she recently described any woman who has been raped as a ‘living corpse’(!)

Mohan Bhagwat: RSS chief; such a sharp observer of his own country that he astonished many with his insight that rural India is free of sexual violence because of the high regard for women in traditional Indian culture; so now we know…(Bhagwat made his statement after extensive interviews with Dalit women. And what happened in the villages of Gujarat in 2002?) 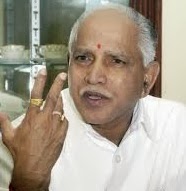 B. S. Yeddyurappa: The notoriously corrupt former Chief Minister of Karnataka who was hung out to dry by the party’s central command, then split to form his own largely caste-based party and is now desperate to rejoin an alliance with the BJP, since he sees Modi as India’s salvation – from independent Lokayuktas no doubt. (BSY was arrested in October 2011 following a warrant issued by the Lokayukta court. Modi is keen to have Yeddyurapa’s backing in Karnataka. What unites them of course is the high level of integrity each of them has shown with respect to independent Lokayuktas and their investigations!) 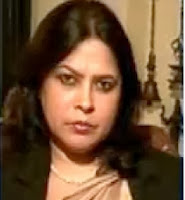 Meenakshi Lekhi: Another SC lawyer (like Jaitley) but much less sophisticated and part of the BJP’s media mob; no one symbolises the crass combination of the hatred of India’s upper classes for the mass of their own population with repulsive communal views better than Ms Lekhi; this cocktail of class and communal bigotry was spewed forth with remarkable candour when she described Ishrat Jahan (murdered in Shah’s crusade against ‘anti-nationals’) as a ‘fit case’ for being a terrorist since she came from a ‘deprived background’. Well, then, Ms Lekhi, you and the Bharatiya Jihadi Party have your work cut out for you, with some 900 million ‘fit cases’ round the corner.
Now, seriously, who can ask for a better team than this?