India – DY Chandrachud, the Justice Who Marches to a Different Tune 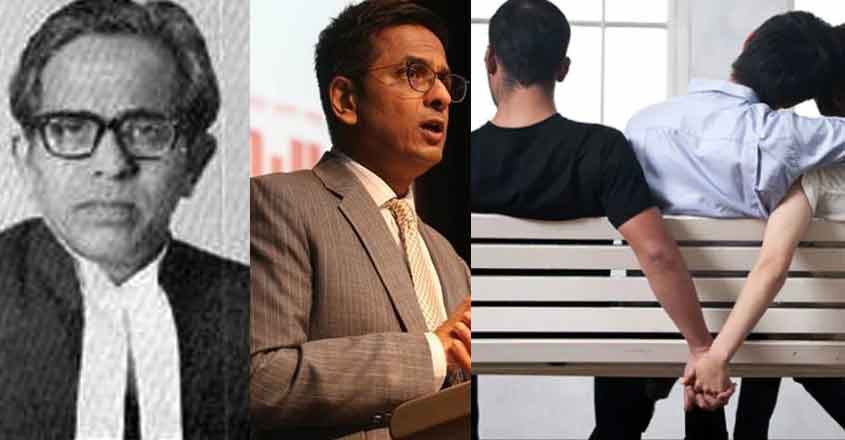 NEW DELHI: In this week of a slew of important judgements from the Supreme Court, one Justice has entered the public eye, without even trying to. Justice Dhananjaya Yeshwant Chandrachud is noticeable for his views, not hesitant to take a position away from that of the majority view, and categorical and firm in his opinion.

He has done so again today in the Bhima Koregaon case regarding the arrest of the five activists. While the majority view by Justice AM Khanwilkar and Chief Justice of India Dipak Misra turned down the plea for a probe by a Special Investigation Team into the Bhima Koregaon case and extended the house arrest of the activists by four weeks, Justice Chandrachud insisted that the arrests were without basis. And that the Maharashtra police was biased and cannot be trusted, and hence a court monitored investigation by SIT was necessary.

The five activists — Gautam Navlakha, Varavara Rao, Arun Ferreira, Vernon Gonsalves, Sudha Bharadwaj — will be kept under house arrest for another four weeks as per the apex court ruling today, till the disposal of the petition. The judgement written by Justice Khanwilkar for himself and the CJI held that it was not a case of arrest for dissent, and that there were no particular facts to prove mala fide on the part of the police. Justice Chandrachud in his dissenting note said that the Maharashtra police could not be trusted and was biased, and that an independent probe should be allowed as “deprivation of liberty cannot be compensated later.”

Justice Chandrachud is noticeable and prominent in his views in the Supreme Court, often differing from his colleagues and crystal clear in his observations. He recently created a stir with his dissenting note on the Aadhaar Act judgement where he said that passing of Aadhaar Act as a money bill was a fraud on the Constitution and wholly illegal. His was a minority judgement of one in a bench of five judges. “Aadhaar is about identification and is an instrument which facilitates a proof of identity. It must not be allowed to obliterate constitutional identity,” he said.

Justice Chandrachud is associated with a number of recent progressive judgements such as recognising privacy as a fundamental right, LGBT rights and the repeal of Section 377, decriminalising adultery — with his deep knowledge of constitutional law and commitment to human rights shining through. Not just this, he has not hesitated to differ from earlier rulings of his own father Justice Yeshwant Vishnu Chandrachud, recognised as a far more conservative Judge, and the longest serving Chief Justice of India.

The elder Justice Chandrachud in the Sowmithri Vishnu vs Union of India case had upheld the constitutional validity of Section 497 of the Indian Penal Code that made adultery a criminal offence. His son Justice DY Chandrachud in a landmark judgement, just a day ago, overruled this in Joseph Shine vs Union of India with adultery no longer a criminal offence. This has been welcomed by women groups and progressive citizens across India. And as Live Law has pointed out, Justice DY Chandrachud affirmed individual dignity and sexual autonomy in his path breaking judgement, in complete contrast to the moral conservatism of his father in the case of Sowmithri Vishnu.

As the younger Justice observed, “autonomy is intrinsic in dignified human existence. 497 denuded the woman from making choices. Respect for sexual autonomy must be emphasised. Marriage does not preserve ceiling of autonomy. Section 497 perpetrates subordinate nature of woman in a marriage.” And he went on to criticise his father’s judgement with, “Sowmithri Vishnu fails to deal with the substantive aspects of constitutional jurisprudence on the validity of Section 497: the guarantee of equality as a real protection against arbitrariness, the guarantee of life and personal liberty as an essential recognition of a truly equal society…”

Earlier too, Justice DY Chandrachud had differed with his father on the privacy judgement. And instead, held that the rulings rendered by all the four judges of the time, including his father, constituting the majority in ADM Jabalpur were seriously flawed. This was last year in August when the apex court held that the right to privacy is a fundamental right and protected under Article 21 of the Constitution of India. In so doing, Justice DY Chandrachud, also on the bench, overruled a judgement of his father. The elder Justice had maintained, along with the majority then, that the right to personal liberty has no hallmark and therefore when the right is put in action it is impossible to identify whether the right is one given by the Constitution or is one which existed in the pre-Constitution era.

Justice DY Chandrachud ruled last year that, ”ADM Jabalpur must be and is accordingly overruled.” And stated that the ruling by the four judges, including his father, was seriously flawed.

Fifty nine years old, Justice DY Chandrachud was the former Chief Justice of the Allahabad High Court and a former judge of the Bombay High Court. And after a public school education, college at St Stephens, Law from Delhi University he went on to Harvard University for his LL.M degree.

Today, Justice DY Chandrachud was the lone dissenting voice in the Elgar Parishad case, upholding the right to an independent probe into the arrest of five activists. Also today, he upheld the right to gender equality, forming part of the 4-1 majority verdict in the historic judgement allowing women of all ages to enter the Sabarimala temple in Kerala. Whilst lone dissenting judge Indu Malhotra said that “religious practices can’t solely be tested on the basis of the right to equality,” Justice DY Chandrachud called the practice to ban women from entering a “form of untouchability.” “Religion cannot be cover to deny women the right to worship… To treat women as children of a lesser god is to blink at constitutional morality,” he said.

A short history of everything wrong with Donald Trump
Mumbai - ‘Management’ of bodies still a cause for concern
Justice Delayed - One year on, Dabholkar’s killers yet to be identified
Harvard to the rescue of Indian Feminists ! # womenrights #Vaw #mustshare