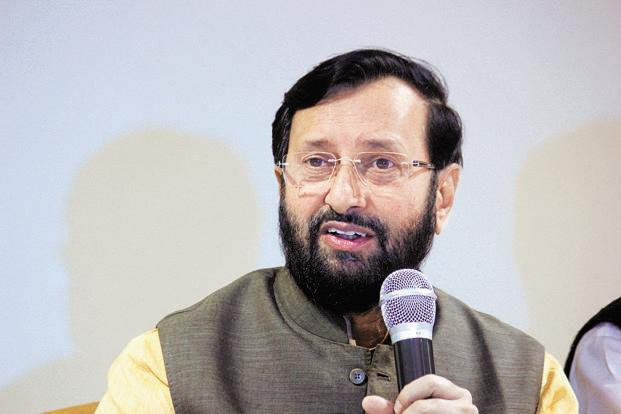 A right to Information (RTI) application shows how the tall claims being circulated by the environment ministry on project clearances and job creation don’t match with facts.

Yes, it is a well-known fact that every ministry of the government creates propaganda to justify its existence. So, when the environment ministry released a document titled Towards Transparency and Good Governance in January 2015 to highlight its achievements, it was no surprise that the 44-page document was laced with self-praise. While the document has been criticized by environment groups for being fixated with the process of clearances than wildlife or biodiversity protection, it was not expected that the facts quoted in the ‘transparency’ document would be so far off the mark.

To authenticate the claims made in this celebratory document, a New Delhi-based NGO decided to use the RTI instrument. The document starts with a foreword by environment minister Prakash Javadekar, who states: “Projects worth thousands of crores with employment potential of more than one million have been cleared.”

In its queries, the NGO, Environment Resource Centre, asked the ministry of environment, forests and climate change for details of the mechanism through which it arrived at this figure of “one million jobs”. The ministry wrote back stating that no information was available.

The NGO asked another question: please provide a list of 650 public and private projects along with their approximate monetary value—the projects that Javadekar claimed had been cleared. The ministry once again remained silent on the RTI application for two months. After another RTI application was filed, the ministry reverted by stating that all information was available on its website, without clarifying how it arrived at this number.

The NGO asked a third question: please provide a list of projects that have been revoked or quashed by the courts. The reason for asking this question is that minister Javadekar states in the controversial report that “almost all decisions of the government were being challenged in court”. Again, the response revealed that the actual figures were far from what was stated in the document.

Of all the divisions of the ministry asked to furnish this information, only the one looking at coastal zone regulation (CRZ) clearances responded. From January 2013 to March 2015, a total of 118 projects were granted environmental and CRZ clearance. Of the 118 projects, only four projects were challenged before the National Green Tribunal.

The question then arises: why did the ministry need to create this false image? The answer ties in with the need to create a perception of environment laws being obstacles for growth that amplifies the role of the environment ministry as an “enabler” of India’s growth story. It also allows the green ministry to validate its move to set up a committee under former cabinet secretary T.S.R. Subramanian with the prime focus of diluting the existing body of environment laws. Hence the emphasis on how project clearances led to “job creation for millions” without any authentication of facts.

Ritwick Dutta, whose organization filed the RTI applications, says, “We decided to file these RTIs because the ministry is misleading people by putting out false information in the public domain. It’s easy for the minister to say he is creating jobs, but has there been any dialogue on the loss in livelihoods for fishermen when a port is constructed or when a community losses access to water when a dam diverts a river?”

Take the example of the Vizhinjam international port coming up in Kerala where more than 3,000 fishermen will lose their livelihoods or the permanent damage it will cause to the local beaches there. Dutta gives the example of the Rs.2,400 crore Maheshwar dam in Madhya Pradesh where work has been completed, but the private company that constructed it says it has no money to offer for rehabilitation of people from 60 villages displaced by the dam. “All these glaring realities never find space in such reports,” says Dutta.

Environmentalists like Himanshu Thakkar question how the green ministry can boast of transparency when it has refused to conduct public hearings for cumulative impact assessment projects or refused to make available important reports such as the one on hydro projects in Uttarakhand. The process has been far from transparent.

While the RTI answers have exposed the tall claims being spread by the ministry, it remains to be seen if the parliamentary committee on science & technology and environment & forests, under the chairmanship of Ashwani Kumar, will take the matter up and push for the report being withdrawn. After all, it is the same parliamentary committee that rejected the Subramanian panel report recommending the dilution of environmental laws.

Bahar Dutt is a conservation biologist and environment journalist.

Pages from the history--Trade Union Women #Womenrights
Psychiatrists, Sushma-ji Has Advice For You
SC order on domestic abuse cases undoes decades of women’s rights movement
Nestlé in court for surveillance of ATTAC (25 January 2012)