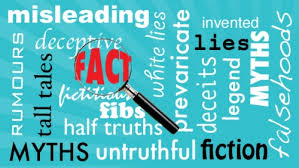 PROPOSED BY THE GOVERNMENT

PROPOSED BY THE GOVERNMENT

The Justice Verma Committee (JVC) report was a landmark statement, applauded by all citizens, welcomed by all Political Parties. JVC was significant because it showed a mirror to the Constitution of India, and reflected its wise and just guarantees of women’s equality. Today the women and youth of India are looking with hope and expectation towards Parliament, and towards all Political Parties. We urge all Members of Parliament to pass a law upholding the spirit and letter of the Justice Verma Committee; to pass a law that makes a step forward in our collective struggle to end sexual violence in India.

Fact: The new anti-sexual violence Bill is NOT against men. For our fathers, brothers, husbands, partners, neighbours and colleagues are men too. Are these Men in our lives not committed to seeking an end to the constant threat of sexual violence lurking around every corner? Yes, men must, and men do support this Bill. For this bill is against criminals. It is against the scourge of sexual violence, and seeks to prevent and protect our society from heinous sexual crimes like rape, molestation, disrobing and parading women or stalking.

We know that men too can be vulnerable to sexual attacks by criminal men. And we welcome the Bill’s recognition that both men and women can be victims of acid attack and provides protection to all ‘persons’ for these offences. But we further ask you, our Parliamentarians, to recognize that men must also be protected against the crime of rape and custodial rape committed by other men, and to change the definition of victim in section 375 and section 376 (2) to ‘person’ and not restrict victimhood in these instances to women alone. Men and women are and must remain partners in this battle against sexual violence. And all ‘persons’ deserve protection of the law against rape.

Myth 2: If the age of consent for sexual act is lowered to 16 years, this will encourage child marriage, prostitution and trafficking.

Fact: The age of consent for sexual relations in India has stood at 16 years for the last 30 years, since 1983. The age was increased without adequate public discussion in the Protection of Children from Sexual Offences Act, May 2012, 9 months ago, and later, in the hasty Criminal Law (Amendment) Ordinance of Feb 4th 2013. The JVC report recommends that it be retained at 16 years as it always has been in the IPC, to prevent criminalization of young persons for consensual sex. Women’s groups are merely asking for it to be retained at 16 years, rather than increase it unthinkingly to 18 years.

Retaining age of consent at 16 years does not mean social or moral endorsement or encouragement of teenage sexual activity. The law is not asking young people to do this or that. This is merely an acknowledgement that if two young people consensually decide to engage in sexual contact, we might want to teach them and educate them but we do not want to treat them instantly as criminals, or consign them to custody. For that is what ‘age of consent’ means – it means that a boy who has sexual contact with someone below the age of consent is committing statutory rape. If that age is now raised to 18, it means that boys of 16-18 years, or slightly older, will be held guilty of committing statutory rape if they have consensual sex with another person who is also between 16-18 years. In such cases, the judge will have no discretion under law and will be forced to place such boys in protection home (if under 18 years) or in jails (18 or above).

Indian society does not wish to treat as criminals and rapists young men and women who might engage in consensual sexual acts. For we must recognize that ‘criminalizing as RAPE’, the consensual acts of young adults, will make most vulnerable our young men, particularly those from marginalized communities. Third party complaints of statutory rape against young boys will force the Courts to condemn them to prison (if over 18) or protection homes for juveniles (if under 18) for committing no crime other than consensual sexual contact.

We must retain the age at 16 because raising the age to 18 years does not provide additional protection to young women against rape or sexual assault. It only serves to increase societal control over the lives and decisions of young persons, both young men and women. To protect their fundamental rights including the right to choice and sexual autonomy and agency, the law must keep 16 years as the age of consent for sexual acts.

Why should the age of marriage be 18 years and consent for sexual acts be retained at 16 years?

The age of marriage must be retained at 18 years. Marriage is a serious commitment and entails many long-term responsibilities of life, and it is appropriate to keep the age of marriage at 18 years. But there is no merit or useful purpose served by keeping one uniform legal age for every act of a human being. Studies, surveys and research conducted across India, including in rural India, all indicate that young people are engaging in consensual sexual activity between the ages of 16-18 years. The anxiety and legitimate concerns of parents on this count is real and valid. However, the answer to that lies outside the law – in education in schools and within families, and communication between the parents, teachers and young persons.

Retaining the age of consent at 16 years is only to ensure that when teenagers engage in consensual sexual activity, it does not lead to young boys being punished and imprisoned. Retaining age of consent for sexual contact at 16 years does not have any bearing or adverse impact on the efforts to prevent child marriage, to which we all stand committed.

In any case, marriage of persons under 18 years is legal and valid under the law. Consequently, sex between spouses, one or both of who may be between 16-18 years is not criminalized. Raising the age of consent to 18 years, treats consensual sex between married persons, one or both of whom may be between 16-18 years, differentially from sex between unmarried persons of the same age group. Tainting an unmarried boy of under or above 18 years with the stigma of criminality for consensual sex is unduly harsh and discriminatory, when compared with the legal status of a married boy of the same age.

Will the age of consent at 16 years lead to more trafficking and forced prostitution of women and children?

Myth 3: The offences of Voyeurism and Stalking will trap innocent men.

Fact: The offence of Voyeurism as defined in Sec. 354C IPC, is very specific and pointed in scope and has no possibility of misuse or abuse. In villages, towns and cities, we know that the poor do not enjoy the luxury of a private bathroom in their homes. This makes the young girls and women particularly vulnerable to sexual abuse even as they perform routine activities of bathing, attending to the call of nature in fields and open public places. They are always fearful of men who may use this occasion to watch them or take pictures of them as they perform these private activities. The offence of Voyeurism will punish a man who watches or records a woman while she is in any private act where her private body parts may be exposed. This offence seeks to uphold the dignity of women and makes the violation of their fundamental right to privacy a crime.

Stalking: The crime of stalking takes a serious toll on the life of women. Gripped by fear and anxiety due to being repeatedly followed by a man, girls and women have been forced to drop out of education, quit jobs and even change homes to escape the stalker. The rape and murder of the young law student Priyadarshini Mattoo, is a grim reminder that if the stalker is not stopped, he can rape and kill. Stalkers are also known to throw acid on their victims, as a way to take revenge. By making stalking a crime, the law can actually prevent rape and other forms of aggravated sexual crimes and save innocent women from being brutally sexually assaulted or killed. The codification of this crime will fill an important lacuna in the present law.  Only in situations where a man repeatedly follows a woman, either physically or through the Internet and this causes her fear or distress, will the crime of stalking be recognised as such.