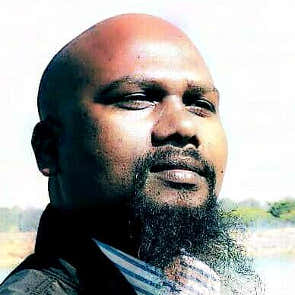 Degree Prasad Chouhan is a human rights defender and a law graduate in Chhattisgarh’s Raigarh District. He is the convenor of Adivasi Dalit Majdoor Kisan Sangharsh, a community group set up by Adivasi villagers to respond to the alleged unlawful dispossession of their land by two companies. He also serves as Vice President of the Chhattisgarh chapter of the of People’s Union for Civil Liberties, one of India’s oldest human rights organisations. Over the past 15 years, Degree Prasad Chouhan has advocated for justice for the human rights violations committed against Dalits and the Adivasi community, including illegal land grabbing and forced displacement of indigenous people by state agents, security forces and corporate business interests. He has also worked on extra judicial killings, illegal detention, torture and attacks on minorities.

At a press conference on 31 August 2018, the Maharashtra police read out a fake letter allegedly written by Sudha Baradhwaj. The letter purports inter alia that “Comrade Degree Prasad Chouhan, who was sent into the interiors by me, has returned on successfully completing the said operation. As promised, he has to be paid his reward now”. This is a clear

attempt to smear and implicate the defender, paving the way for his possible arrest under the regressive Unlawful Activities Prevention Act (UAPA). Sudha Baradhwaj through her lawyer has refuted the claims of the Maharashtra Police and expressly stated that the allegations against Degree Prasad Chouhan are baseless.

Sudha Baradhwaj and four other activists have been in police custodyunder the UAPA since 26 October 2018, when a Pune Sessions Court denied bail to the activists and also refused to extend their house arrest. On 6 November 2018 they were sent to jail..

Degree Prasad Chouhan believes that he faces an imminent threat of being falsely implicated as a Maoist militant or of instigating in some way the Bhima Koregaon violence, which occurred on 1 January 2018 during the commemoration of the 200 year anniversary of a battle the Dalits had won against the Peshwas (upper caste rulers). The current spate of persecution of human rights defenders through surveillance, threats, arrests and judicial harassment, is an attempt to curb the growing movement for Dalit and Adivasi rights, which has over the years achieved some successes in their fight to preserve their land and rights.

Front Line Defenders expresses grave concern regarding the smear campaign and attempts to falsely imply Degree Prasad Chouhan is a Maoist militant or terrorist, as it strongly believes that they are directly linked to his peaceful and legitimate work in defence of human rights.

Front Line Defenders urges the authorities in India to: