India -For red corridor to win Covid war, truce a must 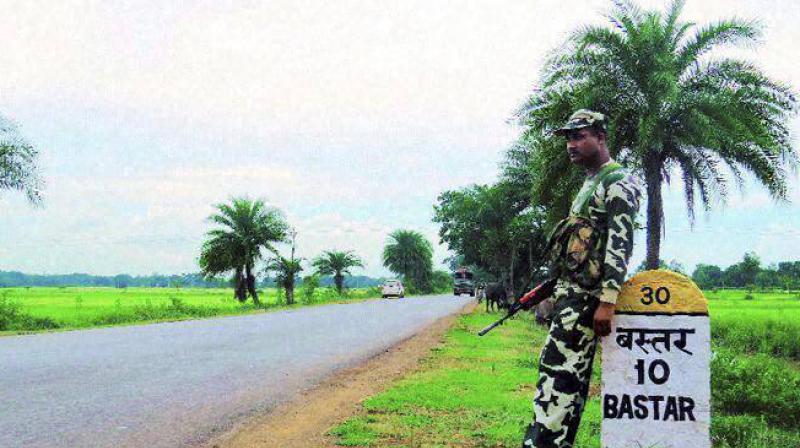 The people have been in a virtual lockdown for a decade and a half now. (File Photo: PTI)

On April 5, a handwritten press release in Telugu began doing the rounds on social media and soon found its way into regional and national dailies. The press release issued by the Malkangiri-Koraput-Visakha Divisional Committee (MKVDC) of the CPI(Maoist) announced a unilateral ceasefire in the wake of the coronavirus pandemic. It gave the governments five days to respond. But aside from comments by police officers that the Maoists proposed a ceasefire because they were on a back foot, there has been no formal response from the Odisha or Andhra Pradesh governments.

In adjoining Bastar, the main theatre of the “war” between CPI(Maoist) and the government since the formation of the party in 2004, armed actions from both sides have kept the pot boiling during the lockdown. The Chhattisgarh government is tight-lipped on a possible ceasefire though the inspector-general of police of Bastar range mentioned to media-persons that if the Maoists were to make a similar announcement in Chhattisgarh, they would respond positively.

The situation, however, is far too serious to wait for the other side to make the first move. In order to meet the many challenges posed by the coronavirus crisis, a ceasefire would be a sensible decision on many counts.

First, people who reside in the areas of Maoist influence in 11 states are amongst the poorest citizens of the country. While the adivasi communities of Bastar may be better off than the Dalit landless of Bihar, nevertheless, even in normal times their lives are difficult. Hunger is no stranger, even starvation not unknown. The coronavirus threat makes their hard lives harder.

Second, the people have been in a virtual lockdown for a decade and a half now. Their lives have been shattered, movement restricted and fear is a constant companion. What is needed, therefore, is to create a condition where there is relief from this older lockdown.

Third, a ceasefire will allow government functionaries to access villages without fear of being attacked, and villagers to access government services. The Chhattisgarh government has announced free rice rations for two months. This is a welcome step but people in the conflict zone are not able to collect their rations easily. Ration shops are often at a distance from their villages, exposing them to being picked up on the way by security forces and implicated under false charges. In one case, even a ration shop dealer was arbitrarily arrested and charged under UAPA. He is now in Jagdalpur central jail.

Counter-insurgency operations sometimes include deliberate destruction of foodstocks on suspicion that the householder is supplying food to a Maoist squad. While in recent years we have not heard of houses being burnt, this was common in the days of Salwa Judum and Operation Greenhunt. There have also been umpteen instances when forces on searching and combing operations helped themselves to rice, chicken, and other edibles. Indeed, the recent Maoist killing of policeman Kursam Ramesh in Farsegadh thana area on the night of April 15 was said to be done because “he had looted money, goat and hens from villagers”.

Successive governments have not been overly concerned about the “right to food” of the population in conflict areas. In the conflict zone, rice rations are important but not enough. People need an environment where they can access the ration shops without fear and roam jungles for the much-needed and appreciated roots, tubers, greens, mushrooms and other edibles that the jungle offers, including the in-season tendu leaves and mahua flowers. During the lockdown, it is only rice that is being given free; villagers are required to pay for everything else that is available at the ration shops.

But again, this too can make someone a target of the forces. Yallam Dharmaiyya of Pusgudi village of Bijapur district lies in the government hospital with a bullet injury. Along with four others he had gone to the forest to collect mahua flowers and hunt birds, he said, when they were accosted by security forces who fired at them killing his friend, Dubba Kunna. He maintains that there was no presence of Maoists there. According to the district superintendent of police, two civilians got injured in an exchange of fire with Maoists in the early hours of April 17.

Fourth, absence of a ceasefire would mean that such warfare and hostilities will continue. When there is a total lockdown and no transport, families face the greatest difficulties in tracing their relatives when they are victims of these hostilities. A recent example is Sodi Ganga, a resident of Lankpalli village of Andhra Pradesh for the last 15 years. He was picked up from his home on March 23 by the Konta police and remains “disappeared” ever since.

Fifth, if hostilities continue and lead to more arrests, the situation in jails may become explosive. Following a Supreme Court order directing states to consider ways of reducing prison overcrowding, and a subsequent order of the Chhattisgarh high court, only 63 prisoners have been released on parole and interim bail from the Jagdalpur central jail. The present occupancy of the jail is roughly 40 times more. With courts shut, the cases are making no progress either.

Finally, the present situation also endangers the soldiers on both sides — the Indian armed forces and the PLGA. Bastar, for instance, has over 60,000 troops housed in congested barracks. The living and working conditions of the PLGA are also such that physical distancing and other precautions may not be possible.

These are some of the special concerns that arise in conflict zones as the nation fights the coronavirus pandemic on a “warfooting”. The main point is that citizens should not only not succumb to a possible infection but also survive these times in good physical and mental health. This can be achieved only if they live in an environment free of coercion and violence of any kind. This is what counts as “security” during corona times.

Bela Bhatia is an independent researcher and human rights lawyer based in Bastar, south Chhattisgarh

Sahitya Akademi protest: List of writers and artistes who returned awards over Kalburgi murder, Dad...
National Squash Player Puts Up Kidney For Sale On Facebook To Fund Tournament #WTFnews
#Sundayreading - The Secret, Opaque Guild Of The Men Of Law #corruption #Vaw
Why Is Narendra Modi Afraid Of Sanjiv Bhatt?'