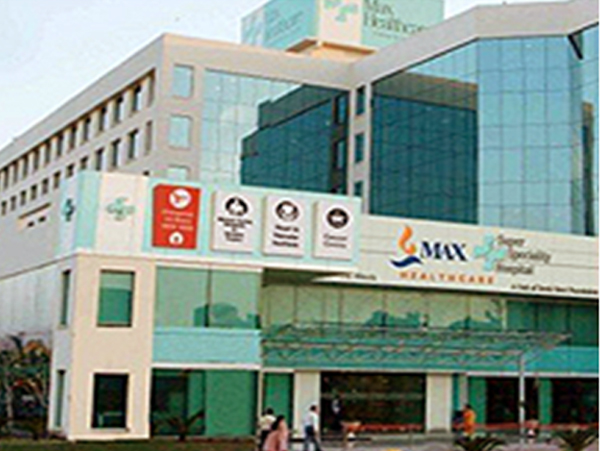 It has been a year of discontent in the medical sector with patients losing patience, doctors threatening to go on strike and governments resorting to thrust-and-parry. At different points in time throughout the year, governments in different parts of the country were seen to lock horns with the medical system, beginning with Kolkata in June, going on to Bengaluru in November and most recently in Delhi this month.

The latest flashpoint emerged in the capital city, the trigger being an incident at the Max Hospital at Shalimar Bagh, where a couple of doctors falsely declared the death of a premature baby born at 22 weeks on November 30th.

The public at first shared the fury of the parents and lashed out at the hospital, but later switched sides when Chief Minister Arvind Kejriwal suspended Max Hospital, which was condemned as an “irrational and autocratic” move by the Delhi Medical Association (DMA) President Elect, Ashwini Goyal. The government is perceived by the angry public to be swatting a mosquito with a bulldozer. Many stood protesting outside the hospital and even burnt an effigy of Kejriwal.

However, the real issue is not the mud-slinging fest that ensued, but the underlying reasons behind such situations. Over the years, the private medical establishment has fuelled a lot of anger and discontent among the masses over alleged malpractices, billing excesses and even medical negligence. On the other hand, the DMA points out that suspending an entire healthcare institution due to the negligence of one doctor would hardly help the situation, and would only end up putting a lot of institutions with good infrastructure out of service.

However, there seems to be no dearth of shocking news from the sector when one scans the headlines. According to the Delhi Medical Council, the number of complaints keep spiralling.The Council enjoys the unenviable reputation of registering the largest number of complaints compared to other state medical councils. The reasons for the complaints are also long: medical negligence, huge bills, fake quacks in clinics and false diagnosis. President Dr. Arun Gupta admits to receiving 25-30 complaints per month and at least 200-300 complaints annually.

Private medical establishments have always been “unregulated and irrational”, according to Prasanna Saligram, a policy analyst and specialist in global health systems, with extensive experience in public health pedagogy. But can state regulation and impositions be a solution to this situation? Recent interventions in two states – Karnataka and West Bengal – and the scenarios that followed do not yield very encouraging examples.

In Bengaluru in November, private medical establishments went on a strike against amendments in the Karnataka Private Medical Establishments (KPME) Act. Doctors of Private Hospitals and Nursing Homes Association (PHANA), representing 372 private medical establishments, had vehemently opposed four provisions for amendments included in the KPME Act, 2007, terming the government’s proposed amendments to the bill “draconian”. The main issues of contention were capping prices of various surgeries and treatments, higher monetary penalties or even imprisonment for unregistered establishments, giving patients a rights charter and setting up a district grievance cell.

However, KPME regulations are really only a part of the issue, according to health activists. What is riling private doctors is the infringement, as they view it, of their “freedom”. “The private medical sector, in fact, should be happy that the government has passed such a watered down bill,” says Saligram.

The KPME Bill has been under discussion for 10 years, but many view it only as some form of political window dressing. As Saligram points out, the government should be more aggressive in medical auditing as well as implementation. There is too much “information asymmetry between the medical establishments and the patients” according to him.

But as private medical establishments went on a belligerent strike, a much weaker amendment bill was tabled and subsequently passed in the legislative assembly. The main clauses that were amended included dropping the imprisonment clauses against doctors, enabling uniform package rates for limited categories of health insurance schemes and handing over deceased bodies without insistence on payment of dues.

The diluted bill is a “victory” that has been hailed by many doctors, although activists find that the resulting law doesn’t have enough “teeth”. There are still some who find one or two clauses to be draconian. Dr K. Javed Nayeem rues that one or two rules will undoubtedly become the “source of some very ugly confrontations in hospitals”.

Ugly confrontations have in fact surfaced time and again in Kolkata and all of West Bengal and triggered the rehaul of the regulatory system in the state. In March this year, a 16-year-old girl died after being admitted for “stomach pain” in a Kolkata hospital. While her relatives charged the doctors of medical negligence, hospital officials were mobbed and beaten up by local goons. Another incident of medical negligence at Apollo Gleneagles Hospital, leading to the death of a newborn baby, raised the resentment and anger against private medical institutions to an all-time high.

In a first in many ways, Chief Minister Mamata Banerjee called a meeting with the senior management of private establishments operating in the state and in her characteristic way, verbally bashed up many bigwigs for alleged malpractices. Several cases that came to light in the days leading up to this spurred the CM to introduce a fresh law, called the West Bengal Clinical Establishments (Registration, Regulation and Transparency) Act, 2017. The aim was to streamline private clinical establishments.

The bill cracked the whip on hospitals that over-billed patients, refused to treat any accident victim or did not release a dead body till bills were cleared. But perhaps expectedly, the new law has drawn blood from private clinical establishments. As one doctor said, the law has “thrown open the floodgates” and given everyone “a licence to have a go at doctors” many of whom are being abused and threatened without any fault of theirs.

One patient at CMRI Hospital in Kolkata refused to pay Rs 75,000 for a complicated operation and his stay at the hospital for a month. This led to more than 4000 doctors under the United Doctors’ Voice of Bengal to go on a strike in August. However, it petered out within a fortnight, without making a real impact.

However, one positive fallout of the Bill has been an increase in the West Bengal government’s planned budget for healthcare, which has gone up by 10 per cent.

Patients are happy with the Bill. Raneik Chowdhury, a student of Kolkata says that “It’s the first good thing Didi has done in so many years. Education and Healthcare have been monopolized by capitalists and this culture should stop.”

Consequences of the WB Act

While it is too early to assess the consequences of the law, the West Bengal Clinical Establishment Regulatory Commission set up under the Act did hear and award compensation in one of the eight cases that it heard in the last six months. Most of the cases were dismissed after detailed hearings, but three doctors and the Apollo Gleneagles Hospital was held to be “guilty of mismanagement and misrepresentation of facts and deficiency in services” that led to the death of a baby in April. They ordered the hospital to pay Rs 30 lakh in compensation to the family.

Both activists and patients have welcomed the Act, but a large section of doctors is worried that the Commission has no powers to rein in abuse, while “excessive powers” have been given to the public for emergency treatment. It is quite possible that many might even misuse it.

The other concern has been over the pricing scheme proposed by the Commission, which would be aligned to the rates under a government healthcare scheme. Private hospitals say that the rates proposed are too low to be feasible for continuation of business and recent reports indicate that a review committee is now trying to find a ‘middle ground.’

A regular survey of newspaper headlines shows that there are daggers drawn over the need for regulation of the private medical sector all over the country; however, the question that has not been resolved is how much is too much? Do the changes enacted by health regulation legislation indicate over-regulation? Or is it just good enough?

The lines are clearly and expectedly drawn. While the private health sector feels that the regulatory clauses are too harsh, activists feel they often lack teeth. Prasanna Saligram, for example, is convinced that state regulation is necessary, and the current laws, in fact, have not addressed the issue adequately. “Our private health sector needs intensive regulation,” he says.

One of his reports examining health regulation in two states, Madhya Pradesh and Delhi, is a microcosmic record of the abysmal state of mismanagement and neglect in the entire country. Saligram notes that while both MP and Delhi state governments have drawn out policies and organisations aimed at improving the quality of care in health services, there has been no specific mechanism to limit the practice of medicine by unqualified providers. There is also no standard procedure for receiving or processing patients’ feedback and reports on the quality of healthcare, nor is there enough clinical auditing.

In summary therefore, the public anger against private health establishments and the resultant backlash from the private sector are only the visible symptoms of an administrative and systemic malaise that runs deep. Add to that the lack of quality government healthcare, and it means that citizens do not have enough alternatives to the inadequately regulated and often-profit-hungry private hospitals. A solution to the regulatory dilemma is therefore critical at this juncture for the masses caught between the unaffordable, the unethical and the unacceptable.

Medha Patkar issues a legal notice to the collector of Badwani district for falsely accusing her of ...
For the rich, India is as good as a tax haven
BMC refuses safai karamchari study leave for TISS course #WTFnews
India - Mapping health budgets, policies, economic plans