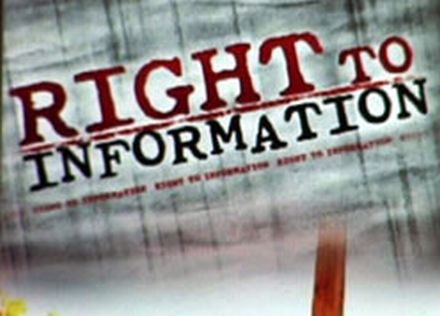 New Delhi,Politics,Immigration/Law/Rights, Thu, 01 Nov 2012IANS
New Delhi, Nov 1 (IANS) Under pressure from UPA chairperson Sonia Gandhi, the Manmohan Singh government Thursday withdrew the controversial amendments aimed at diluting the Right to Information (RTI) Act.
“The cabinet decided to withdraw the amendments to the RTI Act,” a government source told IANS after a cabinet meeting chaired by Prime Minister Manmohan Singh.
The campaign against the amendments was led by activist Aruna Roy, a member of the Sonia Gandhi-led National Advisory Council.
The withdrawal of amendments would mean it would be possible for the citizens to ask for information related to file notings, except on issues about national security, privacy and protection of commercial interest. The amendments had sought to restrict disclosure of file notings only to social and developmental issues.
“It is an important decision. The amendments would have killed the RTI Act and there would have been no transparency in governance,” Nikhil Dey, who works closely with Aruna Roy on the RTI Act, told IANS.
Roy even met Gandhi on the government’s plans to dilute the act. Chief Information Commissioner Satyanand Mishra was also not in favour of the amendments, said sources.
The RTI Act was introduced during the previous UPA government to bring more transparency in governance and fight corruption.

Mistreatment of Women in Childbirth: Time for Action on This Important Dimension of #Vaw
Jharkhand - Hill of death- Abandoned Asbestos Mine
#India - Aadhaar not mandatory for availing of subsidies #mustshare #UID
Meet Niranjan Takle, the journalist who broke the Judge Loya story