India – Govt Curtailing Special Category Status to NE States, a Ploy to Open it For Open Corporate Loot and Plunder 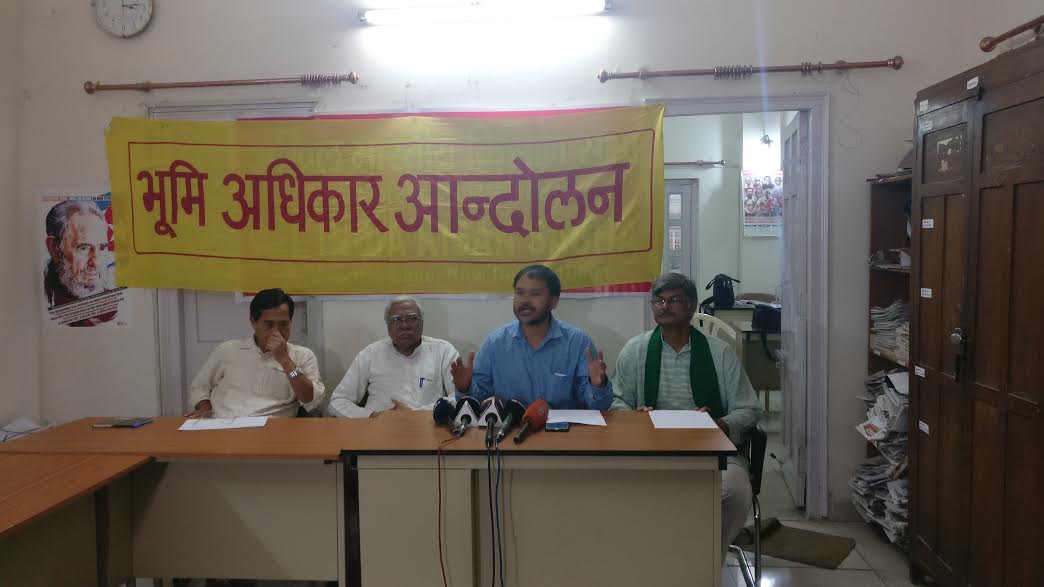 Bhumi Adhikar Andolan publicly condemns the rise of saffron terror in North East and the denial of special category to NE states. We condemn the state sponsored atrocities in Tripura after the BJP government came into power and in order to saffronize the politics and society has been actively eliminating any opposition and dissenting voices from the State. The on ground situation has been worsening with vigilantes backed by the ruling BJP government broke into CPI(M) offices and vandalizing property along with preplanned attacks on the CPI(M) cadres and supporters.

Akhil Gogoi of Krishak Mukti Sangram Samiti, Assam shared that North Eastern States are in the throes of deep economic crisis because the status of north eastern states as ‘special category states’ since 1969 has been removed by the central government, stopping the flow of central fund, centre sponsored schemes and also limiting the state’s taxation powers by further imposing GST. In light of these changes the picture that emerges is that the government has deliberately halted the infrastructural and developmental activities along with the funds for government schemes to cripple the economy of the region and create a state of emergency. Special industrial policy for the north eastern states called the ‘North East Industrial Investment Promotion Policy’ (NEIIPP) which had accelerated the industrial growth in the region with subsidies and incentives for small scale as well as big enterprises was suspended and has been replaced by ‘North East Industrial Development Scheme’ (NEIDS) announced recently by central cabinet curbs the budget to 3000 crore rupees for the interim period till 2020 for all the eight states of the north east, this has further escalated the crisis. There are 32 per cent marginal farmers and 28 per cent landless people yet there is no intention to implement land reform in the region, or a policy framework to address the flood and erosion problem of the state and instead the government introduced the Citizenship amendment bill 2016 which tries to disrupt the social and cultural fabric of Assam, we pledge to fight against this. This policy framework along with violating the promise of No big dams in the region points towards the anti people stance of the BJP government.

Jitendra Chaudhary joint secretary of AIKS and member of Parliament from Tripura, shared that NE states like Assam were once one of the most economically prosperous region of the Indian subcontinent but after the partition it has been reduced to being the chicken corridor and has been reduced to neglected and underdeveloped condition. North Eastern region could have been a buffer for the country, we could have contributed more for the development of the country but the government is dividing the people against caste lines and has no intention to address the issue of livelihood that they face.

Dr. Sunilam shared that ‘we support diversity of the nation, it is intrinsic to the fabric of this nation which is under attack after the BJP government came into power that has been trying to create a Hindu Rashtra; we respect the secular spirit of this nation enshrined in its constitution and will not stand by as fascist forces divide and rule this country. We are going to launch a ‘save diversity, save India, save constitution’ campaign which will celebrate the spirit of diversity and dissent. We demand that the government should withdraw all the cases of sedition filed against social activists and opposition leaders in order to eliminate political opposition.

Hannan Mollah from AIKS stated that we are intensifying our struggle, BAA has formed state chapters in 14 states and have initited the process of state committee formation. Our focus is on the need to have extended reach and bring together the issues of farmers from across the country and form a collective strength.

The path of isolation
Syria: Neoliberal Reforms in Health Sect Financing: Embedding Unequal Access?
Do you know that nearly 3,000 RSS members eat beef and the Sangh is OK with it
Happy Birthday Gulzar: The wordsmith who continues to enthrall through soulful poems, stirring coupl...