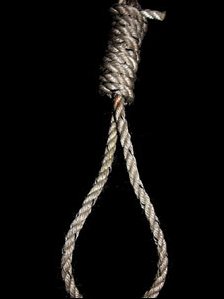 Dec13, BBC
India allows the death penalty for the ‘rarest of rare’ crimes

There are 477 convicts on death row in India, the government says.

The information was revealed in the Rajya Sabha [the upper house of the parliament] in response to a question on the number of convicts on death row in Indian jails.

Indian courts hand out capital punishment in the “rarest of rare” cases, but it is rarely carried out.

The Pakistani national was executed in the Yerawada prison in Pune on 21 November after his plea for mercy to Indian President Pranab Mukherjee was rejected.

He became the second person to be executed since 1995 through death by hanging. A man convicted of raping and killing a schoolgirl was hanged in the eastern city of Calcutta in 2004.

According to the latest data revealed by the Indian government on Wednesday, with 174 people on death row, the most populous state of Uttar Pradesh has the maximum number of prisoners awaiting death sentence.

The southern state of Karnataka with 61 convicts awaiting hanging is the second on the list.

At number three is the western state of Maharashtra with 50 convicts while Bihar is at the fourth place with 37 awaiting their death sentences.