India – How did 100 children die in this Gorakhpur hospital?

More than 100 children have died at a public hospital in northern India amid allegations that the oxygen supply was cut over unpaid bills. Authorities continue to deny the charge. BBC Hindi speaks to some of the affected families.

Around 8pm on 9 August, a doctor informed Brahmadev Yadav, a farmer, that his infant son had died and his daughter was in critical condition. Mr Yadav, 30, and his wife, Suman, had twins after trying for eight years. The babies were just a week old.

After they were diagnosed with fever, Mr Yadav had brought his babies to the Baba Raghav Das Medical College in Gorakhpur district in the northern state of Uttar Pradesh.

“No one told us anything about oxygen,” Mr Yadav told BBC Hindi’s Samiratmaj Mishra as he tearfully recalled that night. But when he saw his daughter spit up blood, he realised her lungs were running out of air. She died later that night.

“That’s how all the other children were dying. Everyone was crying, screaming, holding their children in their laps and taking them home. What else could they do?” 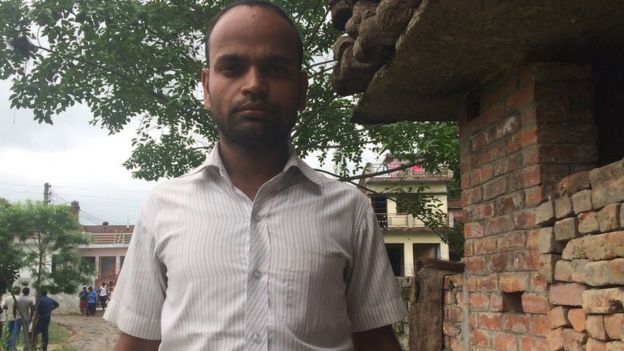 The first deaths from the hospital were reported on 7 August, but the news made it to national headlines only four days later when the death toll began to rapidly mount. Thirty deaths occurred between 10 and 11 August alone.

It was widely reported that the hospital had run out of oxygen, which led to the death of 60 children over five days.

While state officials admitted that oxygen supply had been disrupted, they insisted this was not the cause of the deaths.

Most of the victims were in the neonatal unit or being treated for encephalitis, a deadly inflammation of the brain that has been rampant in the region for decades.

Both the state government and the hospital administration have said that the children died from various diseases, including encephalitis.

But in the face of growing outrage, the government suspended the principal of the medical college for delaying payment to the oxygen suppliers, who said the hospital owed them more than 6m rupees ($93,465; £72,510).

Prime Minister Narendra Modi mentioned the deaths in his independence day speech on Tuesday and asked people to stand with the grieving families. The state government has also ordered an inquiry into the incident. 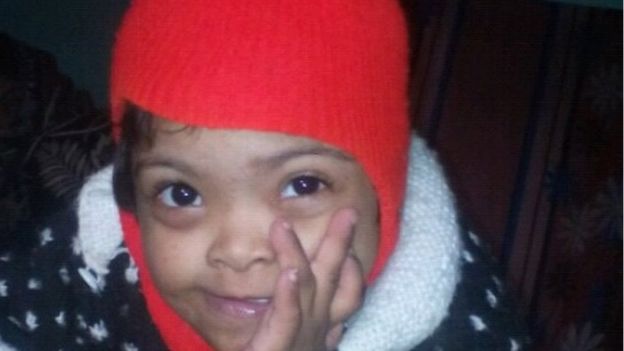 Reasons for the delay in payment to the oxygen suppliers have ranged from the slow pace of bureaucracy to the fact that administrative staff were busy because the chief minister had paid an official visit to the hospital on 9 August.

Meanwhile, parents continue to tell heart wrenching stories of how they watched children struggle for air before dying. Many of them said doctors gave them bags and ordered them to manually pump oxygen into their children’s lungs. But they were told little else.

“Within 30 minutes I saw three children die in front of my eyes,” Vipin Singh told BBC Hindi’s Nitin Srivastava. Mr Singh’s daughter, Arushi, had been admitted to the hospital after she displayed signs of encephalitis.

Her body temperature was low on 10 August, Mr Singh said, but the doctor told him not to worry. Two hours later, he was told his daughter had died.

Mr Singh said he felt that there was something wrong in the ward on Thursday.

“The doctors were running around, but they were not saying much. All I heard was that my daughter was dead and I had to take her body out of the ward.

I just wrapped her body in a blanket and left for home.” 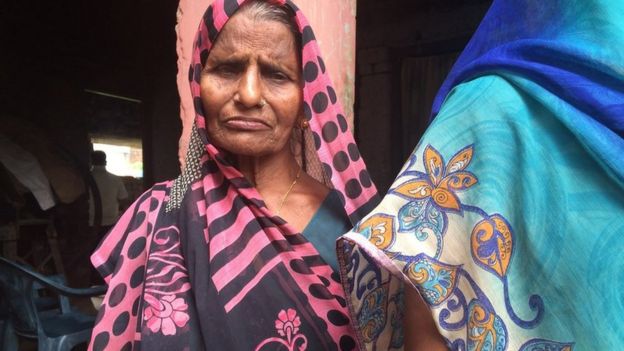 The tragedy has raised questions about the state of healthcare in Uttar Pradeshbut parents are left looking for answers.

“Even when we asked, they didn’t tell us anything,” said Mr Yadav, who doesn’t even have medical reports detailing why his children were admitted, what they were diagnosed with or how they died.

But he wants to find out what happened to his babies.

He buried both of them close to his house in the village of Bagha Gara in Gorakhpur district. Infants are buried and not cremated, according to Hindu rites.

“I am prepared to exhume their bodies for post mortem,” he said.

Mr Yadav’s mother, Rajeshwari, alleged that doctors spoke rudely to her son and daughter-in-law and shouted at the couple when they asked questions.

“After eight years, god blessed us with two children but we didn’t even get two days with them,” she said.