India – How The Adivasi Goes To Vote ? 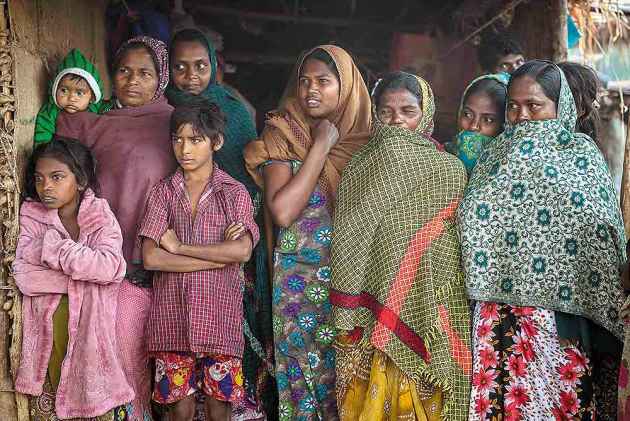 An interesting facet of the Gujarat assembly election has gone largely under the radar of the media—the adivasi electorate that comprises 15 per cent of the state’s population. Of the ­total 182 seats, 27 are reserved for the scheduled tribes, of which the ruling BJP won 11 in the last election. Fourteen of the reserved seats are in south and central Gujarat, which go to polls in the first phase, on Dec­ember 9. In these parts, most adivasis belong to the Bhil, Kunbi, Warli and Gamit communities. The battle for votes between the BJP and the opp­osition led by main rival Congress has brought some rare salience to the long-standing issues and ign­ored asp­irations of these communities, some of which they share with adivasis elsewhere in the country.

Prominent issues in the region range from general themes like implementation of the Fifth Schedule of the Constitution, aimed at empowering adivasi-dominated areas to protect their socio-cultural distinctiveness, affording a degree of autonomy, including over forest rights, to local, topical issues such as a chit-fund scam in which the adivasi labourers invested their hard-earned money. The ­candidates and other leaders are making all attempts to bring it all together.

“Some of our concerns are related to displacement of villagers when the Ukai dam was built across the Tapti river in the 1970s, but we are also seeking better access to healthcare and education. The chit-fund scam is also a serious and ign­ored issue,” says Romel Sutariya, an act­ivist of the Adivasi Kisan Sangharsh Morcha, who claims more than three lakh people are affected by the scam. For example, take adivasi villager Sunita Gamit’s example. “I started by depositing Rs 20 in each instalment and got some returns initially. Then I raised the amount to Rs 100 and ended up losing almost Rs 2.5 lakh,” she says.

“We don’t know how to go about this. It has been so long,” says another villager, Ashish Gamit, who got into a bigger mess when he agreed to collect money from fellow villagers on behalf of the default company. Sunita and Ashish’s cases are representative of what the scam has done to a large number of adivasis in the region, who wish it could become an election issue. To tackle this and other concerns, such as better land allocation and facilities for those ­displaced by the Ukai dam, they are planning agitations and memo­randums.